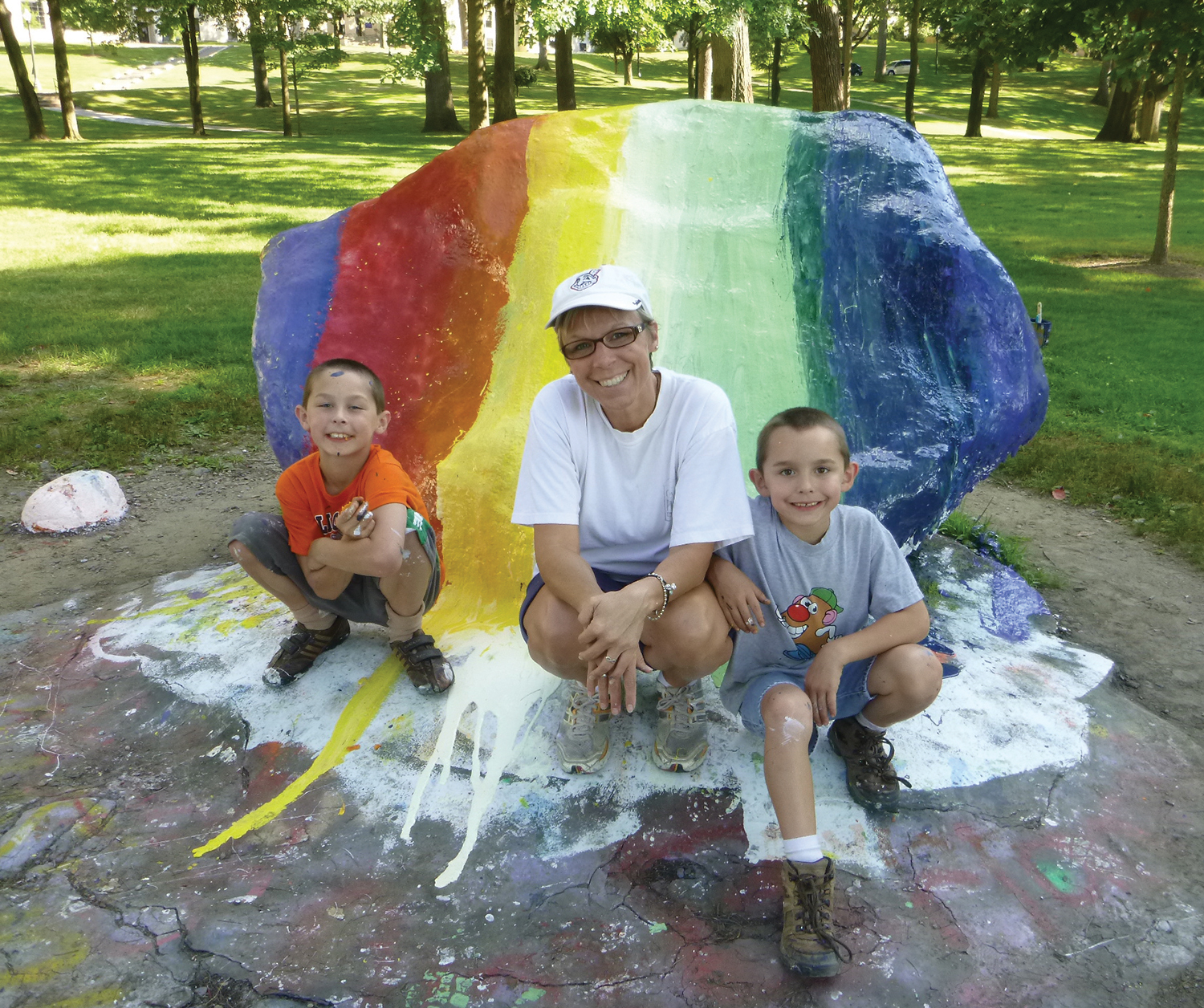 Every April, Julie (Naughton) Parton, B.B.A. ’94, Stow, Ohio, and her family write a list of things they want to do when school is out. “Painting the rock was one of my additions to the summer of 2014’s bucket list,” says Parton, who had painted the rock with her Chi Omega pledge class back in 1989.

In August 2014, she and her two younger sons, Joey (then 9) and D.J. (then 7), bought returned paint at the local Sherwin Williams store for a dollar a can. They painted colorful stripes on the Main Street side of the rock and their names on a white background on the campus side. “After that, I just let the kids splatter paint all over it,” Parton says. “We were a mess!” (Staff photographer Bob Christy ’95 was walking by as they finished and snapped the shot above.)

When Parton and the kids met her husband and oldest son Jeremy (then 16) for dinner at Bar 145 in downtown Kent, they were covered in paint—but the patrons didn’t bat an eye. “My husband, who is not a KSU grad, couldn’t get over how many people walked up to us and said, ‘You guys must have been painting the rock!’” says Parton.

“My kids loved their painting and wanted it to be there forever, but I warned them it might not even make it through the night. Each morning, while in our pajamas, we’d take a ride to see if our masterpiece was still around—and each day it was there, we’d hoot, holler and beep our horn as we drove by. For four whole days, we were part of campus history!”

If you’ve taken part in a Kent State tradition, send in a photo, along with the story behind it, to magazine@kent.edu. And if you have a photo of the 1989 Chi Omega pledge class painting the rock, please share!