Perspective on a Pandemic

Kent State epidemiologist and science communicator Tara C. Smith gives us her take on what to expect—and what we can do to help—as the coronavirus crisis continues.* 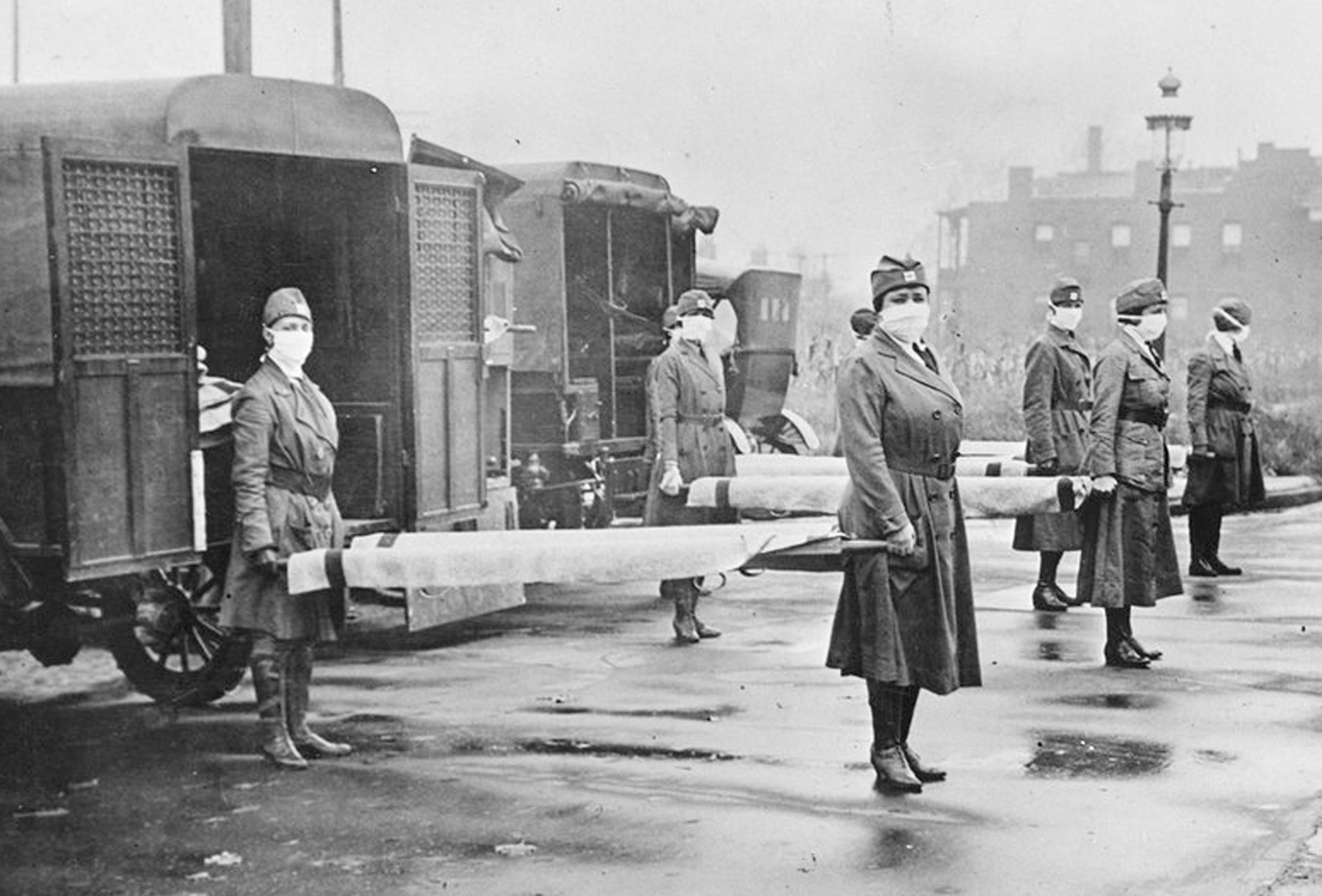 Tara C. Smith, PhD—a professor of epidemiology and head of the Smith Emerging Infections Laboratory at Kent State’s College of Public Health—has devoted her career to studying how infections are transferred between animals and humans. She was the first to identify US livestock associated strains of methicillin-resistant Staphylococcus aureus and has pioneered the investigation of this organism in the United States. For years, Smith has studied plagues and pandemics throughout history. We asked her to share her perspective on the latest global pandemic, COVID-19, with the Kent State community.

It seems like years have passed since the world first heard of an “atypical pneumonia” circulating in the Hubei province of China in December 2019. When we’ve seen similar reports in the past, the illnesses have had a variety of causes, but all were eventually containable.

In the late 1990s, it was “bird flu”: an influenza virus that spread from birds to humans, strain H5N1. After 18 individuals were infected and 6 of them died, Hong Kong culled millions of chickens in an effort to contain the virus, but it popped up again in 2003 and has spread slowly around the globe since then, sickening 861 and killing 455 of them—a 53 percent case fatality rate.

In 2002, it was the novel virus that eventually came to be known as SARS coronavirus, for Severe Acute Respiratory Syndrome. It was circulating in China’s Guangdong province for months before it came to worldwide attention in February 2003, and eventually sickened over 8,000 people in 26 countries before being brought under control by strict quarantine and isolation procedures.

Since 2003, we have seen multiple types of novel avian influenza “spill over” from birds into humans in China, circulating alongside H5N1. We’ve seen the emergence of H7N9, H10N8 and H5N6: a numerical and alphabet soup of viruses. Virologists and epidemiologists know them well, but the general public was understandably oblivious to their identification.

So when reports of the latest odd pneumonia cases surfaced in December, one of two candidates seemed likely: a novel influenza virus or a coronavirus. The initial reports suggested it wasn’t easily spread between people: a new avian influenza seemed more likely.

But just a few days later, person-to-person spread was confirmed, and cases seemed to be increasing rapidly. By January 8, a new coronavirus was announced, and we knew its entire genetic sequence by January 10.

What we didn’t know is that we likely already had the first trickle of cases in the United States by that time, or that the memory of another pandemic would soon be evoked: the influenza pandemic of 1918.

The story of the 1918 influenza pandemic is that it was quickly forgotten in the collective memory of the general public. The most famous book about the outbreak is called America’s Forgotten Pandemic: The Influenza of 1918, written by historian Alfred Crosby. Though it is estimated that a third of the US population was infected and 675,000 died from fall 1918 through spring 1919, the collective amnesia around the epidemic seems almost deliberate: a decision no one personally made, but everyone followed to cleanse their memory of a disease that claimed friends and family members, and shut down cities for weeks or months at a time.

Around the world, the effects of the epidemic led to the development of systems to understand, track and improve the health of the population. A forerunner to the World Health Organization was formed in 1919. Many countries, including the United States, created or updated their health ministries.

A number of countries adopted socialized medicine, realizing it was both unfair and scientifically incorrect to blame individuals for their illnesses, and that it was in the interest of the entire country to keep their citizens healthy.

We have the specter of 1918 over us now, as we use the lessons learned that year to drive our interventions today. Though influenza and SARS-CoV-2 are very different viruses, we can use the same key methods to prevent the spread of both: hand hygiene and social distancing.

You’ve probably heard others implore you to “flatten the curve” and slow the spread of the virus. These are based on many sources of data, but one that has been shared over and over is the graph of deaths from 1918 influenza in Philadelphia, where they continued to have parades and social gatherings even as the virus spread through the city, versus St. Louis, where they shut down public events much like we are today and had a significantly lower rate of death.

"Everybody knows that pestilences have a way of recurring in the world; yet somehow we find it hard to believe in ones that crash down on our heads from a blue sky.”
— Albert Camus, The Plague

We don’t know right now how long we’ll have to have these measures in place. Dr. Anthony Fauci, director of the National Institute for Allergy and Infectious Diseases (NIAID), has suggested at least 8 weeks of extensive social distancing will be necessary. A recent report from the UK suggested that 8 weeks might not even be long enough; that the virus may surge when social distancing is relaxed.

And there are uncertainties beyond the spread of the virus. We don’t have great answers about what will happen with unemployment and rent payments over the long term, or how the mental health of all of us will be affected after months of physical separation from the rest of society. We don’t know if we’ll quickly find drugs to help treat the infection, or if we’ll be able to develop a vaccine soon enough to make a difference.

There are more unknowns than knowns, which is an understandable cause of anxiety for all of us—scientists included, though we’re doing what we can.

But the upside is that we all can play a role in determining our collective future. We can adapt to our new, temporary normal by keeping in contact over social media and video apps; checking in on our elderly neighbors who may be too scared to go out to grab groceries; by donating to food banks and other charities if you’re able; and by reaching out to others when you’re struggling and letting us know how we can provide aid.

We have been a divided country, but a pandemic transcends politics. We are all in this together, learning and sacrificing day by day. We don’t know how this will change our country over the long term when we come out on the other side.

This pandemic has already exposed the limitations of our safety net, as questions linger about payment for testing and treatment, providing meals when students are out of school, and how to keep the bills paid when a large chunk of our workforce is no longer working.

Will we be able to collaborate to forge solutions now, and make them more permanent when the immediate viral threat is behind us?

I hope we do. There’s never been a more important time to live the motto, “Flashes take care of Flashes,” and to extend that ideal beyond the campus and into our extended communities.

Camus knew this, as well, as he composed The Plague. “I have no idea what’s awaiting me, or what will happen when this all ends. For the moment I know this: there are sick people and they need curing.”

*As you might expect, this essay was written weeks before it landed in your mailbox. Everything was in a state of flux—and likely still is—however, this information reflects the situation when the magazine was sent to press on April 17, 2020. 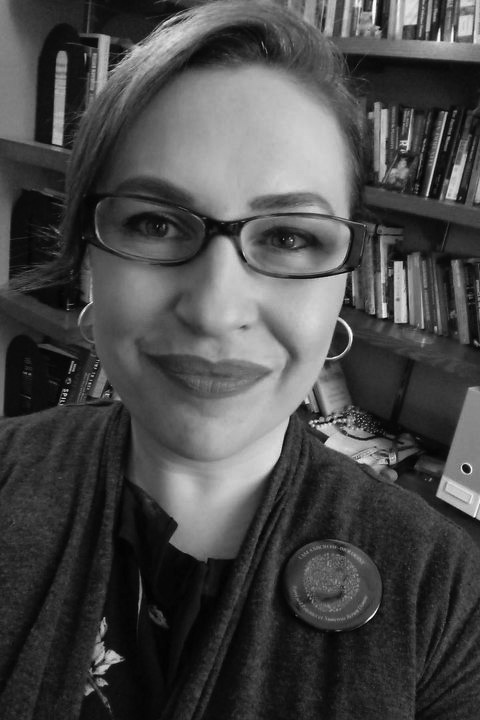 Tara C. Smith, who came to Kent State in 2013, has published over 80 peer-reviewed papers and book chapters on topics in infectious disease epidemiology and has received more than $3 million in funding from the Agency for Healthcare Research and Quality, the US Department of Agriculture and the National Institute for Occupational Safety and Health to carry out these studies.

Active in science communication and outreach, she has maintained a science blog, since 2005, and has written or edited books on Streptococcus and Ebola, including Ebola’s Message (MIT Press, 2016). She also writes about infectious disease for several national sites, pens a column for SELF.com, serves as a member of the advisory board of the Zombie Research Society and is chair of the communications committee for the American Society for Microbiology.