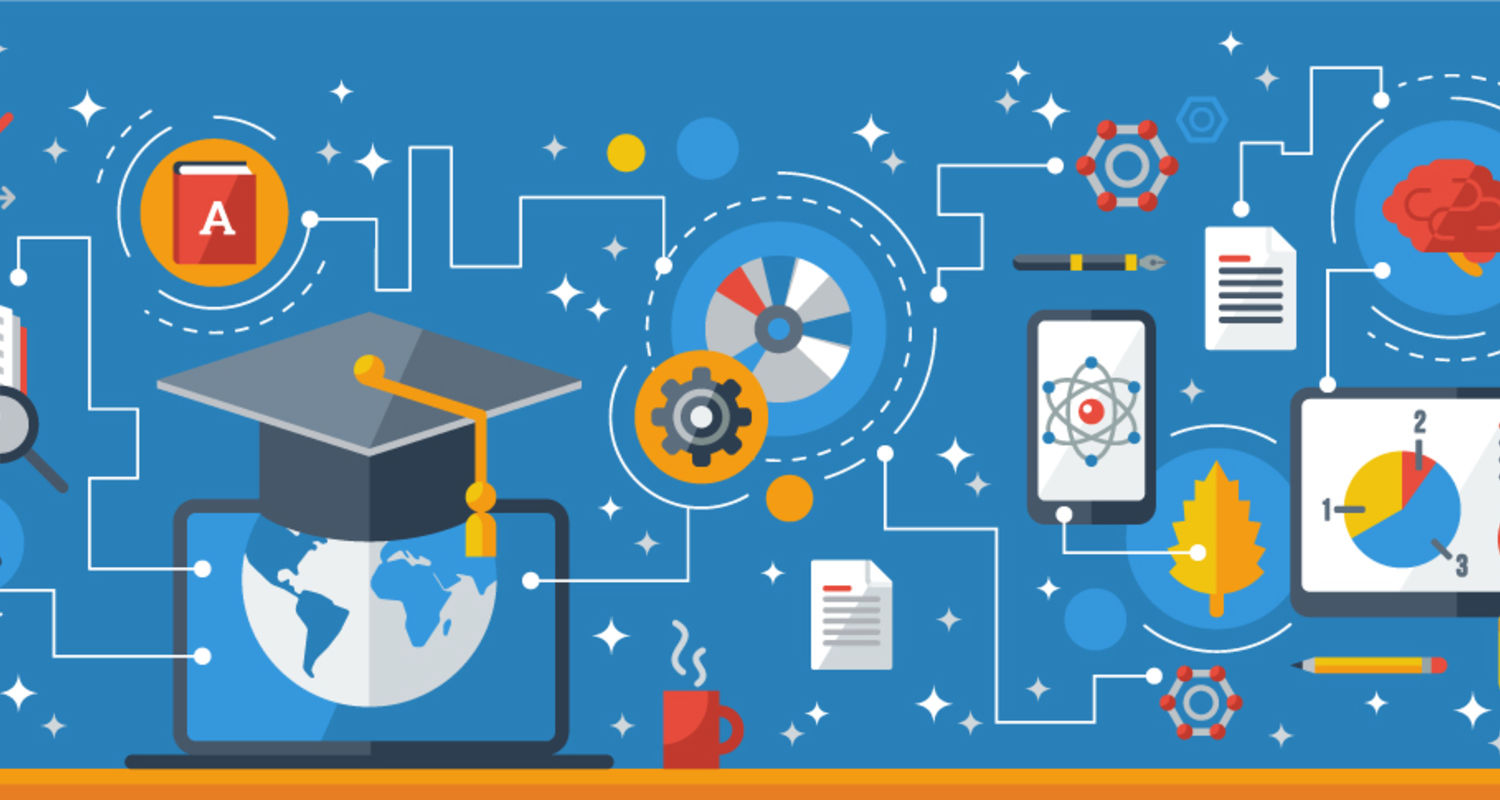 Every year, park rangers there field more than 110,000 visitor questions and requests, but this summer Ferdig found a way to connect with an even larger audience (more than 2.5 million yearly park visitors) through the piece of outdoor gear on nearly every biker, hiker and backpacker’s packing list—a smartphone.

“There is a conversation going on about whether being out in nature and in the National Parks is the right place to be interacting with technology, but the reality is that most visitors are already doing it,” says Ferdig, PhD, Kent State University’s Summit Professor of Learning Technologies.

So with the help of a $952,000 grant from the National Science Foundation’s Advancing Informal STEM Learning initiative, Ferdig and his team at the Research Center for Educational Technology in the School of Lifespan Development and Educational Sciences collaborated with the park and Cleveland MetroParks to create ParkApps.

Introduced in June, the free iPhone app allows visitors to choose their own adventure in Cuyahoga Valley National Park and Cleveland MetroParks with trail maps and conservation content designed to call attention to the parks’ natural assets. Using the phone’s GPS settings, the app buzzes to life as visitors move through the parks, pointing out historic sites, geologic formations and even explaining the eerie drone of the cicadas that emerged in northeast Ohio this summer after a 17-year slumber.

“At a zoo, you can use placards to point out what visitors should notice, but when you’re out in creation, that’s not practical,” Ferdig says. “This is a way to engage people with their surroundings, without putting a sign on every shrub or animal.”

With an Android version on the way, upcoming iterations of ParkApps can be used as a tool for citizen science, allowing nature lovers to take part in data collection—for instance, to help keep tabs on the coyote population in Cuyahoga Valley National Park.

Part of a three-year research project that will explore whether mobile devices make a promising platform for informal science learning, ParkApps earned Ferdig faculty recognition as one of the winners of Kent State University’s 2016 Outstanding Research and Scholarship Award. 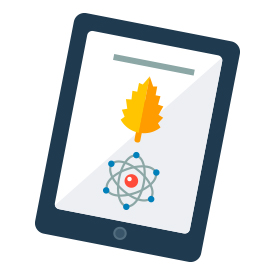 But it’s just one of the many innovations that keep him fired up about what new technology can teach us about the world, from the iPads that are now standard issue in many public schools, to the Pokémon GO craze that inspired millions of users to swarm public spaces on the hunt for Pikachu this past summer.

“Coverage of educational technology often falls into opposing camps,” says Ferdig, the founding editor of the International Journal of Gaming and Computer-Mediated Simulations. “On one side, proponents say ‘video gaming is amazing and it helps you learn and understand other cultures’ and on the other side detractors say ‘video games are terrible and they teach violence against women.’ It can become an argument for or against, but the question we should be asking is what are we trying to do with this technology?

“The goal of our work is about trying to understand technology and cognition, so that we can come up with best-practice strategies that allow us to use technology appropriately—and also to understand its limits.”

Ferdig first became interested in this question as an undergraduate psychology major at Calvin College in Michigan, going on to earn a PhD in educational psychology at Michigan State University. Following research and teaching positions there and at the University of Florida, Ferdig says he “fell in love” with Kent State’s AT&T Classroom.

“I’ve taught and researched around the world, and I have yet to find a facility like Kent State’s Research Center for Educational Technology,” he says. The center’s laboratory allows researchers to work with and watch students and teachers from pre-kindergarten through college as they interact with the latest innovations in real-time classroom settings.

One consistent research finding is that technology “can be especially effective at providing both advanced learning and remediation,” says Ferdig, who also serves as the lead investigator on SpedApps, a project aimed at cataloguing and evaluating the effectiveness of mobile apps for special education curriculum.

Learners who need help with math, for instance, can use an app to get the practice, repetition and personalized pace of tutoring they need, in a way they might not in a traditional class. As for advanced learning, technology opens up new possibilities for content, collaboration, crowdsourcing and the like (see sidebar below).

“Another great advantage is that technology allows us to experience things we couldn’t access otherwise,” Ferdig says—whether it’s viewing a virtual reality film on Google Cardboard, seeing news events play out in real time on platforms like Periscope or Facebook Live or playing electronic games or simulations.

For instance, in his course Society, Culture and the Digital Sciences, Ferdig requires his students to create an avatar that looks like them in Second Life, a virtual 3D space. Next he has them shift their avatar’s gender and then race—and reflect on what it’s like to interact in this virtual world after assuming a new and unfamiliar identity.

“In real life I can’t ask a white male student to be an African-American female tomorrow, but I can online,” Ferdig says. “I can’t put a student on the moon, but I can virtually. I can’t expect a student to perform surgery, but I can digitally. Technology can provide not just content, but also valuable empathic and emotional experiences.”

“Technology can provide not just content, but also valuable empathic and emotional experiences.”

With the country’s public schools spending $3 billion a year on digital content, and test-taking technology overtaking traditional pen and paper, Ferdig says educational technology is light years ahead of where it was a decade ago.

“At that time, people just wanted a computer in every classroom, and no one was asking how students were expected to use it. Now we’ve got something like 1.7 million apps in the Android store and another 1.6 million in iTunes, but that doesn’t mean they all are useful for education,” he says. That’s why he’s encouraged by the next generation of Kent State students looking at the best ways to leverage new tools for learning.

“The students I see coming here don’t fear technology, and they don’t worship it either,” Ferdig says. “Technology is so embedded in their lives that it’s less about ‘wow, isn’t this cool?’ and more about ‘what can we do with this tool that we’re not doing currently?’

“For instance, students might first look at a massive, multiplayer video game as entertainment, only to look again and realize it’s a great space for learning a language.

“Amazing things are happening, but in the end, technology is still just a tool for understanding our world.”

Laura Billings Coleman is a writer and editor based in St. Paul, Minnesota. Learn more at parkapps.kent.edu and spedapps.kent.edu.

With the proliferation of mobile devices, many of us have a great platform for lifelong learning right at our fingertips. We asked Richard Ferdig for advice on making the most of what’s possible, from curating your Twitter feed to taking classes online.

“I think it’s a mistake to buy into specific technology or have an emotional loyalty to a particular brand,” says Ferdig. Instead, consider what you need your devices and software to do well, and reverse engineer your buying decision from there.

For instance, the haptic, touch-screen technology behind the iPad is engaging for younger learners, but the keyboard in a more budget-friendly Chromebook may be a better fit for a high school writer.

Being able to download reading material right to your device is only the start—many local libraries now have 3D printers, cloud-based classes, and other cutting-edge resources for keeping your job skills up to date.

“Libraries have fundamentally changed,” Ferdig says. “Internet access and a library card are all you need to get started.”

If you’re only using social media to see what your friends are cooking or to follow celebrities in 140 characters, you’re missing out on its best potential—creating a simple pipeline between your personal interests and experts in the field.

“There are a lot of crazy things happening on social media, but it’s also an incredible source of content,” says Ferdig, who recommends curating your Twitter feed to follow experts who can teach you more about your profession or help you explore lifelong passions.

Overwhelmed by the flood of information? Sign up for an aggregated email from a few favorite websites and news sources that will deliver the week’s best content to your inbox.

MOOCs may be for you

When first introduced in 2008, Massive Open Online Classes were hailed as the next big thing in higher education, but a few years later they fell out of favor with some institutions due to low rates of engagement.

However, Ferdig’s research suggests that MOOCs can still be a great model for adult learners, “especially for Baby Boomers who are interested in acquiring new job skills or a foreign language,” he says. “They’re a phenomenal way to learn new things and connect with people.”

His research also found that in spite of their online format, MOOCs may lower some of the traditional barriers between professors and students and classmates. With MOOCs’ collaborative format and ongoing discussion threads, Ferdig says faculty are often more engaged and knowledgeable about the students in their class online than they are face to face.

“There’s this whole myth of ‘the digital native,’ but it’s important to remember that just because kids today are using ‘Pokémon GO,’ it doesn’t mean they already know how to use technology to learn,” says Ferdig. “Research about the Baby Einstein videos are a good reminder.”

When they were first introduced in 1996, kids who watched Baby Einstein videos had bigger vocabularies than kids who didn’t—a finding that reversed years later as the interactive videos for babies and toddlers became bestsellers.

“The first cohort of parents used these videos to enrich their kids’ experience,” he says, but studies showed that latecomers used them “as a substitute for engagement.” In other words, technology can’t take the place of traditional teaching methods, “but they can often work together effectively.”—LBC 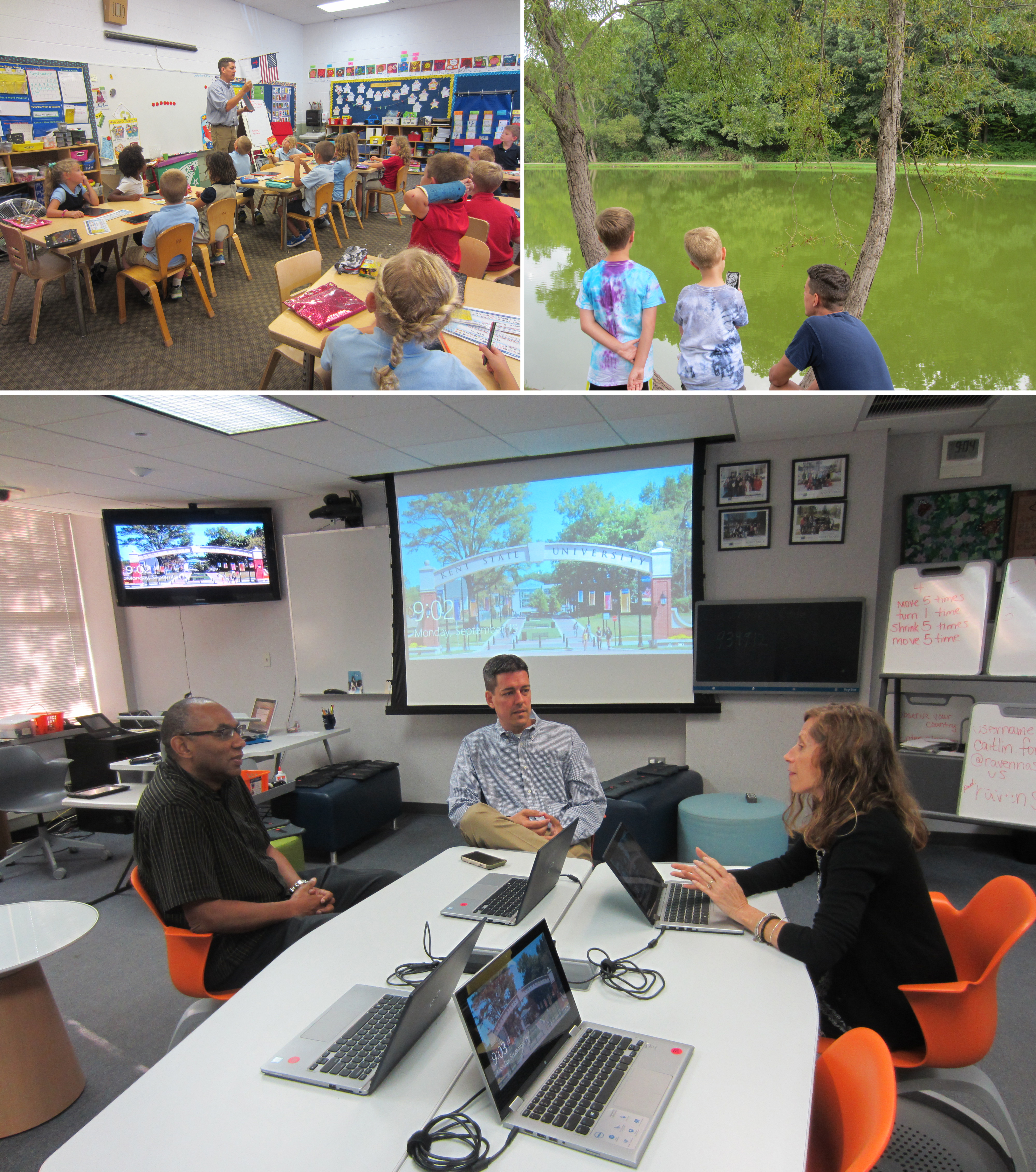