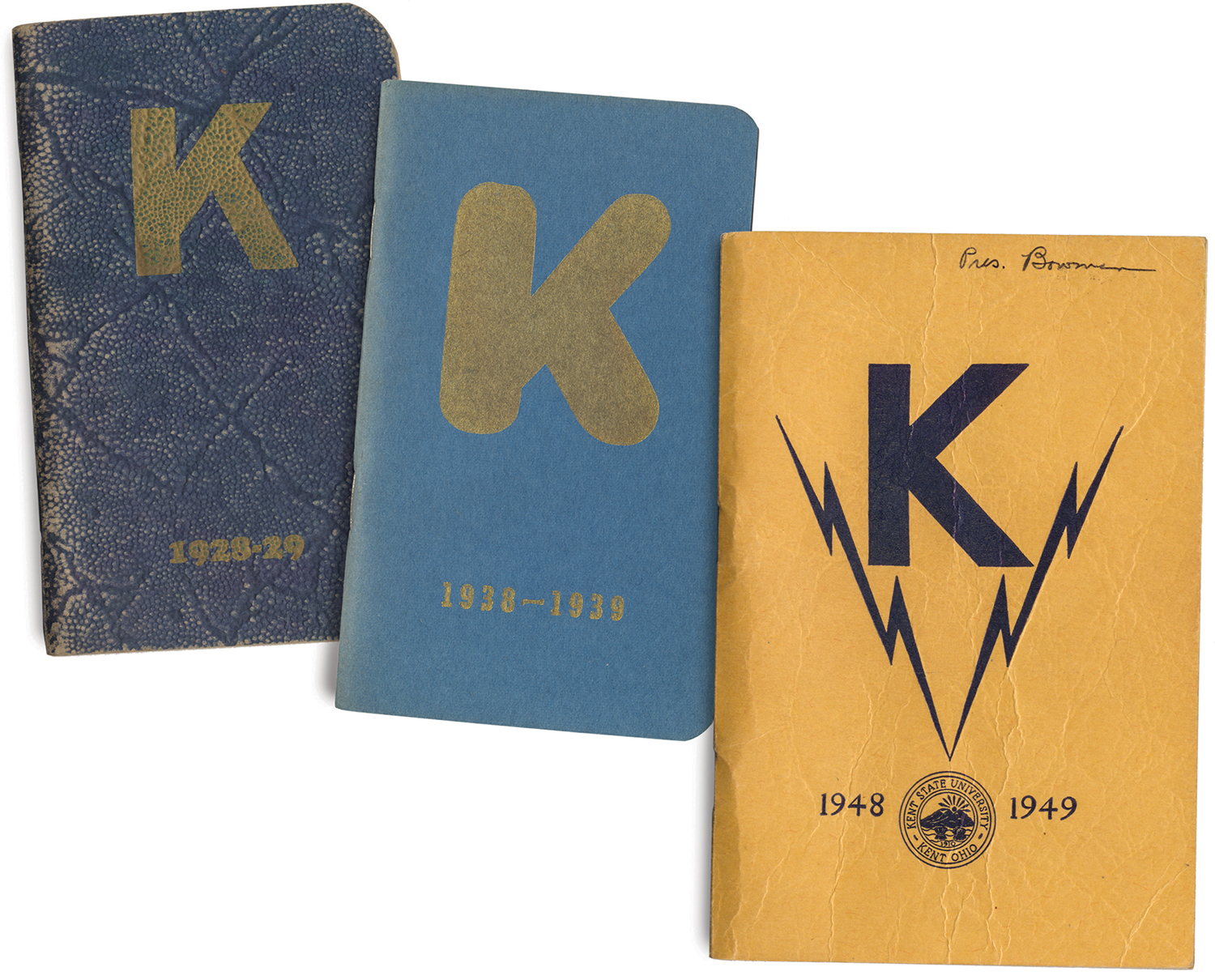 They are small, about the size of a smartphone (only lighter), and you could easily carry one in your pocket.

Which is a good thing, because first-year students at Kent State during the 1940s typically were required to have these student handbooks—published by the Student Council and commonly referred to as “K” Books—in their possession at all times. And that’s not all.

Freshmen rules, drafted by a student council committee and listed in the books, appear to have varied from year to year, but those from 1942–43 also required purchasing and wearing the “dink” cap, performing “any act or duty within reason requested by an upperclassman,” rising and giving their seats to upperclassmen at any public place and knowing the alma mater. The rules also prohibited walking on the seal at the Prentice gateway, walking anywhere on campus except on cement walks and smoking on campus.

Meant to acquaint incoming students with university rules, regulations, traditions, activities, campus organizations and other information about life at Kent State University, these “K” Books—produced each academic year from 1928 to 1970 (with possible exceptions)—give a glimpse of the concerns, customs and social codes of their time period.

The 1928–29 edition (61 pages) is concerned that “any one student not overtax his time and strength with extra-curricular activities,” and it institutes a point system so students won’t be over-involved in campus organizations.

The 1938–39 edition (72 pages) lists some “advisory suggestions” for sorority, fraternity or cooperative houses, which include being “supervised in such a way as to encourage: study, intelligent conversation, clean language and interest in religion.”

And the 1948–49 edition (87 pages) dedicates five pages to detailed social standards for women—but none for men. Regulations for women included special hours and permits needed for just about everything—such as requiring that “any special permit for class work, outside employment, and opera must be obtained from the dean of women’s office before 5 p.m. the day it is to be used.”