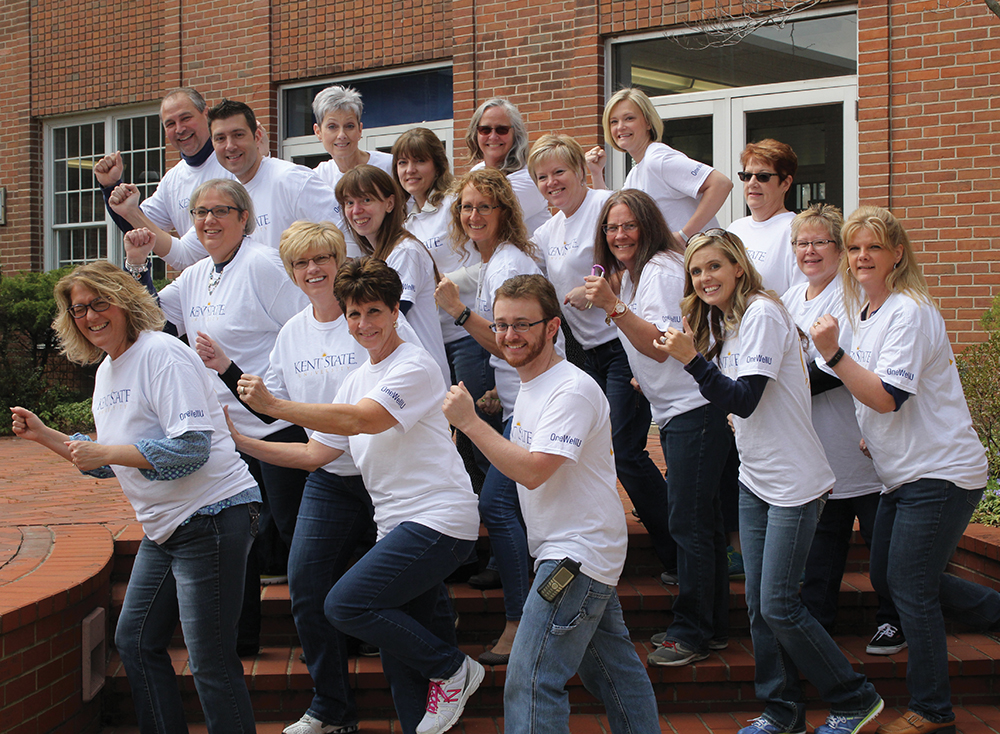 Kent State employees have been moving more, sitting less and feeling better! The university competed against 84 employers and 78,075 participants across the country in the Wellness Council of America’s On The Move Challenge, a 12-week (April 4–June 26) national corporate fitness competition promoting more movement throughout the workday.

Each week Kent State’s 1,148 registered participants had the opportunity to learn more about the benefits of physical activity, assess their progress, share successes and goals with others, boost peers for bonus points and, of course, move!

At the end of the challenge, Kent State’s team ranked 29 of 56 companies in its category. Employees on all Kent State campuses worked together to contribute to the team’s national ranking, including the On the Move group at Kent State University at Ashtabula (see photo).

Says Teresa Bates, On the Move coordinator for Kent State Ashtabula: “It was great to participate in a corporate challenge that gave us the opportunity to both compete and build comradery.”

After the summer issue of Kent State Magazine went to press, we learned that Kent State University earned a Top 50 Most Active Employers Honor for our participation in the On The Move Challenge.

Photo: From group walks on Fridays to the occasional bocce ball game, the On the Move group at Kent State Ashtabula found fun ways to meet move goals.