In partnership with the Wick Poetry Center 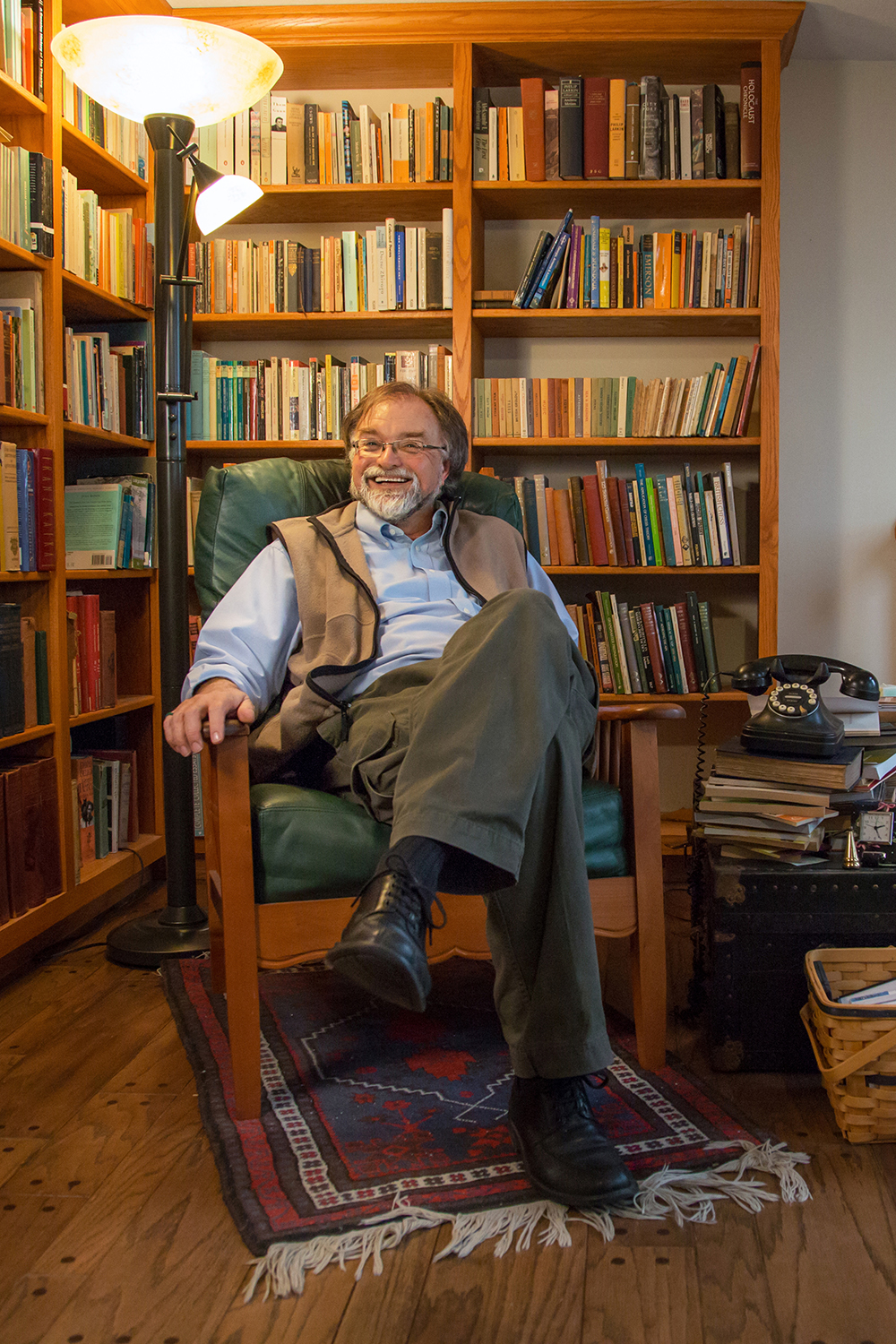 When Roger Craik was eight years old, he was put on a train in Leicester, England, where he lived with his parents (both academics) and sent to visit his grandparents in London—traveling about a quarter of the length of England.

“It seemed rather strange at the time,” recalls Craik, an associate professor of English who has taught at Kent State University at Ashtabula since 1991. “It was my first train ride alone.”

His memory of that trip gave rise to the poem below, and that “First Journey” was the beginning of many sojourns for Craik. He has worked as a journalist, TV critic and chess columnist, and he taught at Turkish universities before being awarded a Beineke Fellowship to Yale University and then settling in Ohio—but still traveling far from home.

Poetry is his passion. His poems have appeared in several national and international poetry journals, and he has written six books of poetry, most recently Down Stranger Roads (BlazeVOX, 2014), in which “First Journey” appears. Inspirations for other poems in that collection include a fire hydrant, an anthologist and Syd Barrett, a founder of the band Pink Floyd.

“I write about anything that strikes me,” says Craik, who writes every morning—first making a pot of coffee, then taking his seat at the desk in his home with a view of Lake Erie. Before working on a poem, he doodles on a sheet of blue paper, holding the crayons or pencils in his (nondominant) left hand—a practice he adapted from that of famed British painter Frank Auerbach. “It takes me back to childhood somehow and helps me loosen up.”

Craik records each line of a poem to capture its rhythm, then plays it back—“the next line will often come into your mind when you hear it”—and he also gets up and walks around. “If you stay seated and stare at the page, you get rooted into it, but if you walk around, it changes things.”

Roger Craik in his home, photographed by Melissa Olson 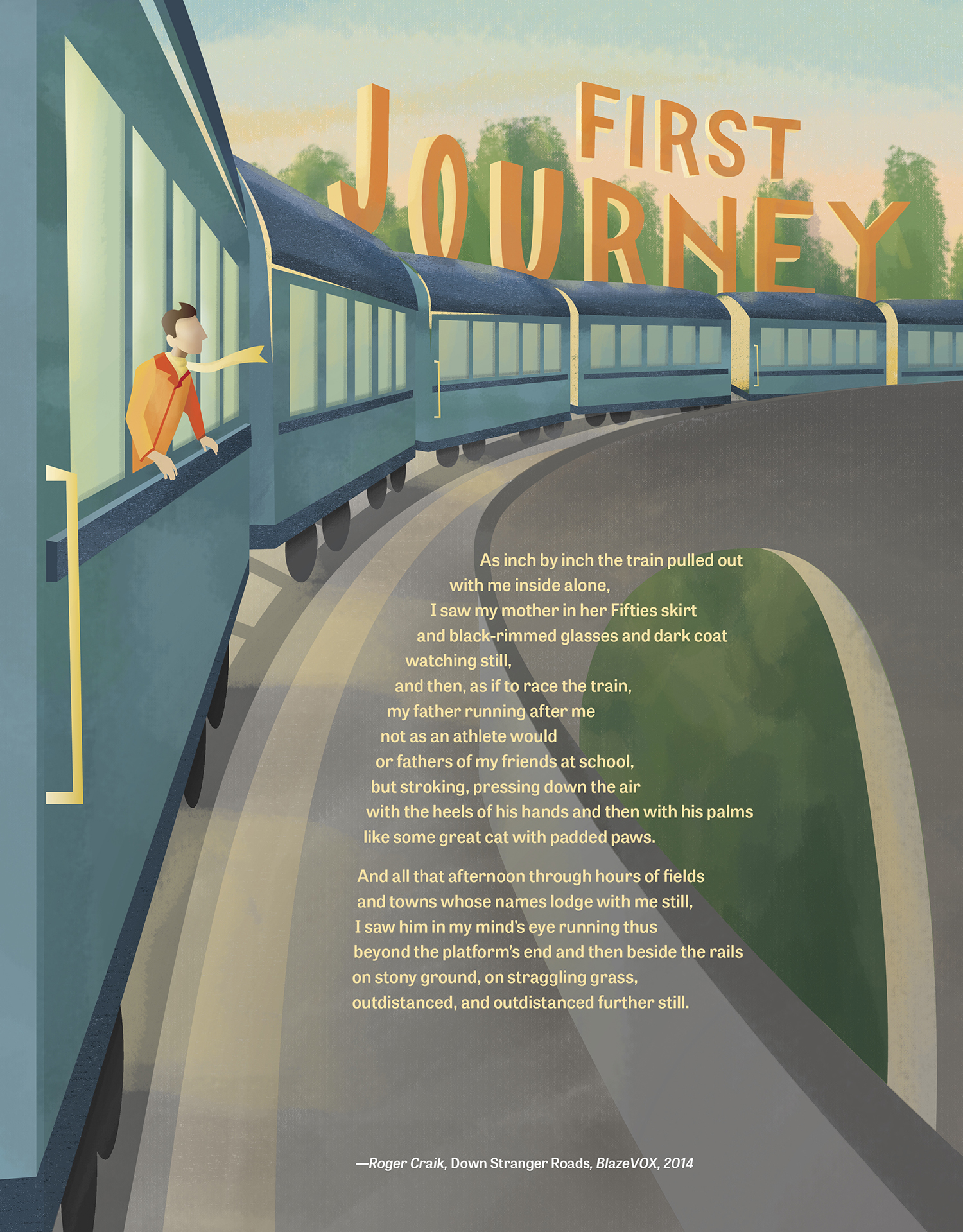 Traveling Stanzas—an award-winning collaboration between the Wick Poetry Center and the School of Visual Communication Design—aims to facilitate a global conversation through the intimate and inclusive voice of poetry. Featured poems are curated from global submissions and illustrated by Kent State students and alumni.

In partnership with Traveling Stanzas, Kent State Magazine will feature a poem by one of our readers in each future issue. If your poem is selected by the Wick Poetry Center, it will be illustrated and appear in print and online versions of the magazine, as well as on the Traveling Stanzas homepage.