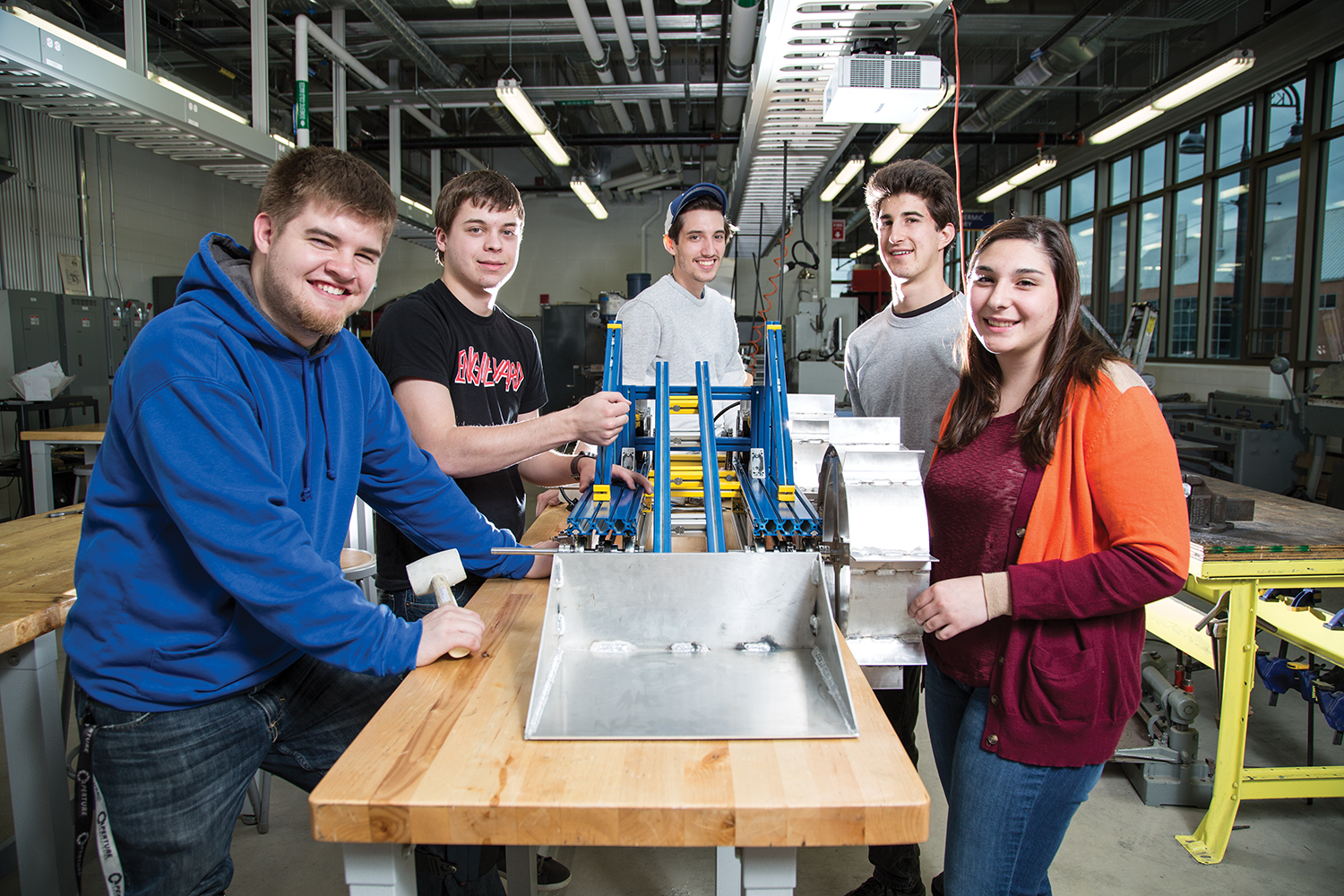 Seven members of the Kent State Robotics Team worked for four months to build a robot for the sixth annual NASA Robotic Mining Competition held in May at the Kennedy Space Center in Florida. “Even after 18-hour days, our to-do lists branched off exponentially,” says senior Dan Kish, an industrial technology major. “Projects like this really prepare you for working with people, meeting hard deadlines, problem solving, situation awareness and logistics.”

The students had to come up with a creative and functional solution to an excavation task NASA would face when mining the surface of planets like Mars. The robot’s main goal was to move as much regolith (loose, rocky material) from a simulated Martian surface into a collector bin in 10 minutes, taking into consideration factors such as dust, communications, vehicle mass, energy/power required and autonomy.

Teams also were expected to help one another with final preparations. “The atmosphere was amazingly supportive,” says senior Josh Ishihara, an applied engineering major. “We helped in any way we could.”

During the last trial, the team watched their robot climb a wall and flip, due to a delay in communications in the control room. “It was quite a way to end our portion of the competition,” says freshman Sarah Rosenbaum, a German literature, culture and translation major. “But everything still works—and, quite frankly, it looked incredibly cool!”

Kent State was one of 49 schools participating and finished in seventh place. Says Ishihara: “It was the best college experience I ever had and the most fun.”

Watch one of the trials from the NASA competition here:

Back to Along the Esplanade Summer 2015