Ellen (Freiberg) Clarke, BA, Saint Petersburg, Fla., was named editor of tbt*, a free daily newspaper published by the Tampa Bay Times. It has a daily circulation of 80,000 Monday–Thursday and 113,000 on Friday. She’s been with Times Publishing Co. for 15 years.

Alan Weston II, BS, MA ’03, Gordon, Ga., was promoted to assistant athletic director for communications at the Georgia College Department of Athletics. He has served Georgia College for nine years as the school’s sports information director and was named 2014–15 Sports Information Staff of the Year by the Peach Belt Conference.

Carrie Lewis, BSN, Windermere, Fla., received a Master of Science in Nursing degree from the University of Central Florida in May and transferred into a new role at Florida Hospital as a clinical documentation specialist.

Sara Sampson, MLIS, Columbus, Ohio, has co-authored Ohio Legal Research, which provides a concise introduction to Ohio-specific primary authorities and research tools for readers new to legal research or Ohio law. She is the assistant dean for information services and director of the law library at The Ohio State University Moritz College of Law.

Marling Engle, BS, Cuyahoga Falls, Ohio, is the founder and CEO of Metisentry, a web development firm in Akron, Ohio, which was named a 2015 Cascade Capital Corp. Business Growth Awards’ Honoree. It is their second win. The awards recognize businesses within a seven-county region that have achieved superior growth in sales and/or employment over the past five years.

Laura Fredrick Lytle, BS, Ashtabula, Ohio, is the president and CEO of Little L Communications, a marketing and public relations agency. Her firm received both gold and silver awards in public relations during the Lake Communicators 10th Annual APEX Awards evening ceremony held on May 20, 2015.

Sara Hill, BS, North Royalton, Ohio, wrote, “I graduated with a bachelor’s degree in newspaper journalism and a minor in sociology. I had my first baby on Dec. 31, 2014. Her name is Charlotte Rachel Hill, and she’s amazing! I also began a new position in the guest services department of the Conservancy for Cuyahoga Valley National Park.

Erin (Satzger) Clemons, BA, West Chester, Ohio, has been selected new president and CEO of the Community Foundation of West Chester/Liberty. She had served as the foundation’s vice president of development and donor relations since October 2014, and she previously worked as a staff member and field representative in Congressman John Boehner’s office from 2007 to 2014.

Rebecca McMenamin, BA, Saint Louis, Mo., graduated from Youngstown State University with her MEd in counseling/student affairs in August 2015. She is employed at the University of Missouri, St. Louis, as the manager of veteran and military services. 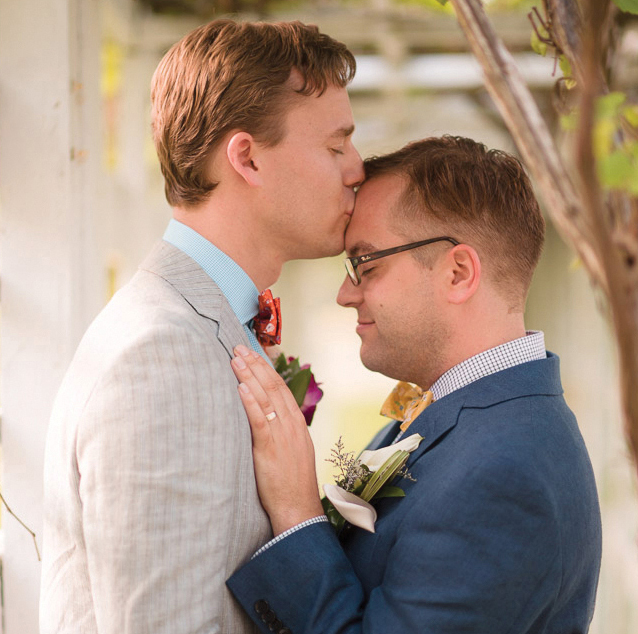 Nicholas DiSabatino, BA, Somerville, Mass., (at right) married Joshua Garstka of Richmond, Va., on May 29, 2015, in Boston. They met each other at Emerson College’s publishing and writing graduate program and now reside in Somerville, Mass., with their cat, Roxie. DiSabatino works as an associate publicist at Beacon Press. 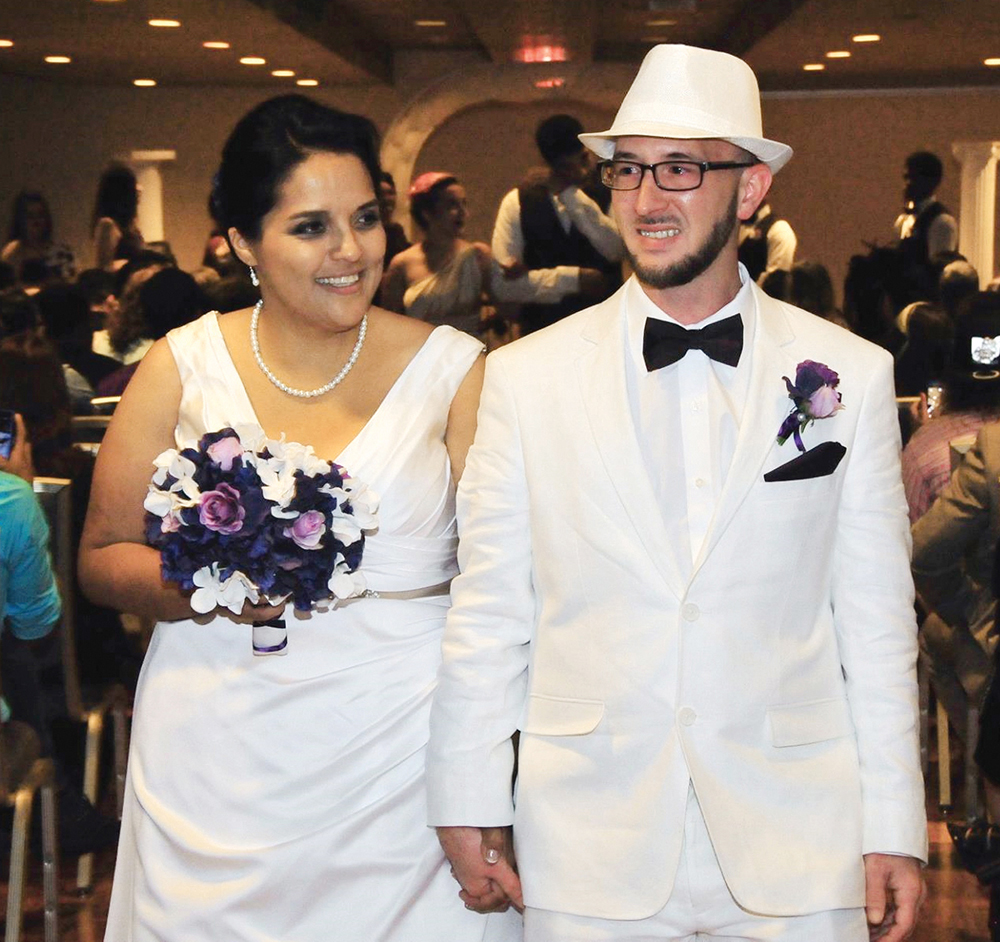 As a GED Scholar and graduate student at Kent State, Mendoza has benefited from scholarships herself. To pay it forward, the newlyweds have raised more than $3,000, with the goal of reaching $25,000 through donations and upcoming fundraisers.

View an interview with Yvette Mendoza at http://bit.ly/1IKyIHn. 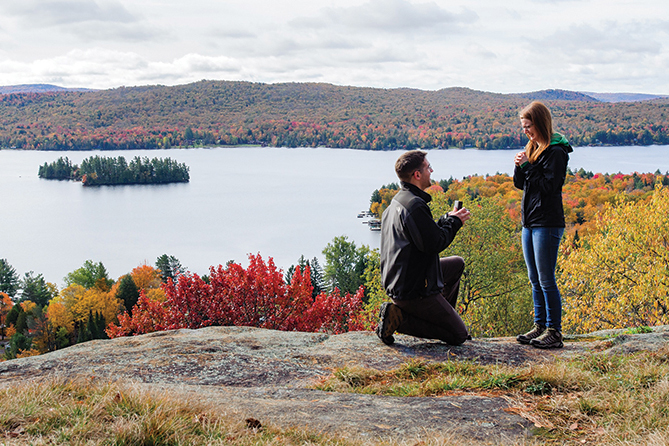 Caitlin Saniga, BS, got engaged to Joel Hawksley on October 10, 2015 in Eagle Bay, NY. “Since Joel is a photographer, he always takes pictures of us at the end of our hikes. This time he surprised me and proposed as the camera timer counted down.”