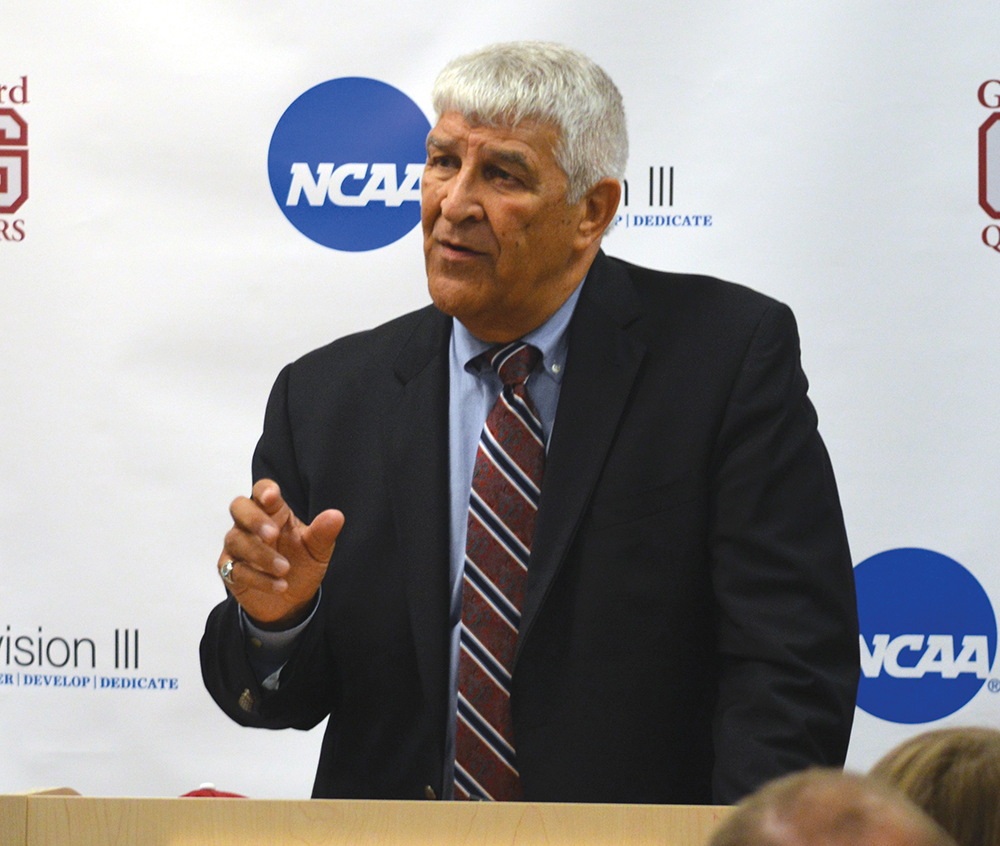 Nelson Bobb, BS ’70, MEd ’71 (above), Greensboro, N.C., was named interim director of athletics at Guilford College and will guide the school’s 20-team NCAA Division III athletics program through a year-long leadership transition. He was formerly athletics director at University of North Carolina Greensboro from 1983 to 2009.

Larry Raines, BA ’73, Buffalo, N.Y., has been named co-chair of the membership committee for Network in Aging of WNY, Inc., a nonprofit that brings together individuals and organizations involved in aging and long-term care. He is the co-owner of Caring Transitions of Buffalo, which provides transition services for senior citizens.

Carter Strang, BS ’73, MEd, ’79, Cleveland, founding partner of the national law firm of Tucker Ellis LLP, is the recipient of the 2017 Cleveland Metropolitan Bar Association Green Sustainability Award. He originated the CMBA Green Initiative and its green certification of law offices and firms for adopting sustainable practices, such as reductions in energy and paper use and establishing recycling programs. As CMBA president (2012-13), he promoted sustainability by holding the first CMBA Great Lakes Summit at the Great Lakes Science Center. In July 2017 he completed the 2017 Pan Ohio Hope Ride, cycling from Cincinnati to Cleveland to raise money for the American Cancer Society.

David Brennan, PhD ’75, Andover, Minn., retired from the University of St. Thomas-Minnesota and is now professor emeritus. He taught marketing and retailing at UST for the past 30 years. He previously worked 12 years in marketing at Target, General Tire and Travelers Insurance.

Ruth Lyons, BFA ’78, Charlotte, N.C., installed artwork for the Charlotte Area Transit Lynx light rail station with partner Paul Sires, BFA ’79. The commission included windscreens, wall mosaic, hand-carved granite seating and other station design finishes. Another mosaic seating project commissioned by Summit Construction was installed in the NoDa art district in Charlotte, N.C.  Her work will be reproduced on traffic structures in Pompano Beach, Florida. She was awarded an artist residency at Casa Na Ilha in Brazil for February 2018, and she was commissioned to design a large-scale mural for the Charlotte Douglas International Airport in 2018.

James Jones, BGS ’79, Damascus, Ohio, retired in 2014 from the University of Northwestern Ohio after 30 years as an admissions representative. Jones Hall was named for him in 2013. He also was a scholarship volunteer at the Summit Racing Program High School National Drags for 20 years and a member of the Ohio Association for College Admission Counseling for 25 years.