Harry Salcone Jr, BS ’90, Hilliard, Ohio, accepted the challenging position of administrative chief while performing his regular duties as a watch commander supervising 32 direct reports. He was selected as the Defense Logistics Agency (DLA) Supervisory Police Officer of the Year during the DLA 51st Annual Employee Recognition Awards on December 13, 2018 at the Andrew T. McNamara Complex in Fort Belvoir, Virginia. 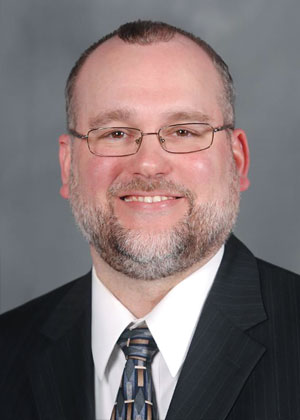 Kenneth Burhanna, BA ’91, MLS ’94, Kent, Ohio, was named the new dean of University Libraries following a national search. He had served as interim dean since the retirement of the previous dean, James Bracken, PhD, on July 1, 2017. Dean Burhanna oversees the Kent State University Library and the architecture, fashion, map and performing arts branch libraries on the Kent Campus, and works collaboratively with the libraries on each of the Regional Campuses and the College of Podiatric Medicine. 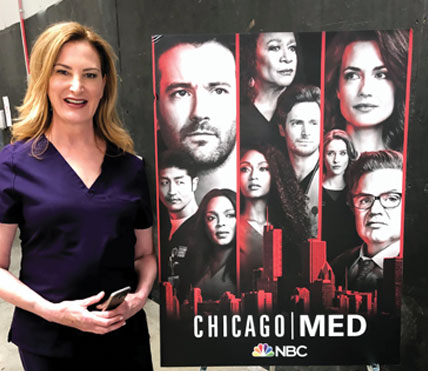 Jeanne Gallagher, MM ’91,  Cleveland, an accomplished blind musician, joined Xavier Society for the Blind’s Advisory Group in July 2018. She will help select content for the society’s publication in braille and audio, and advise on the best use of technology and on potential new initiatives.

Kathryn (Hardgrove) Popio, MA ’91, Wadsworth, Ohio, announces her newly released book, Cross Keys, Carpet Bag and Pen, featuring letters written back and forth (1858-1866) from home front to regimental sites by three lines of the Stark County Hardgrove family who had men fighting in the Civil War. She taught in English departments of Kent State Stark and Tuscarawas campuses. Ms. Popio also authored 100 history features and was a columnist for The Medina Gazette.

Donna Kessinger, BFA ’93, Atlanta Highlands, N.J., was appointed executive director of the Monmouth Museum. The museum presents thought-provoking rotating exhibitions in the areas of arts, culture, science and history, and nationally renowned talent along with the work of New Jersey artists, providing a multi-generational destination.

Amy Franjesevic, BA ’95, San Francisco,  has stepped into the role of president of the American Marketing Association, San Francisco Chapter, after serving for four years on the board. She also holds a board position with the Kent State University Bay Area Alumni Chapter.

Gregory Sanders, BSE ’95, Hudson, Ohio, was named executive director of The Lakeland Foundation effective January 2, 2019. In this role, he also serves on the president’s cabinet as vice president for institutional advancement to collaborate with senior leadership and align fundraising with Lakeland Community College’s strategic priorities. Sanders previously served as executive director for the Lake Health Foundation, and he was inducted into the Lakeland Alumni Hall of Fame in 2014.

Erich Merkle, MA ’99, MEd ’99, EdS ’06,
PhD ’10, Stow, Ohio, is president-elect of the Ohio Psychological Association (OPA) for
2018-19, a first for a school psychologist. In recent years, he had earned two formal accolades from OPA: Public Sector Psychologist of the Year in 2017 and President’s Award in 2018 for service to the profession. Dr. Merkle had served as a liaison between OPA and the Ohio School Psychologists Association (OSPA) when he was OSPA president from 2014-15.