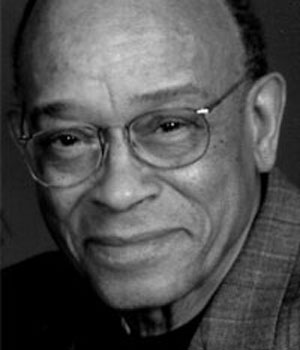 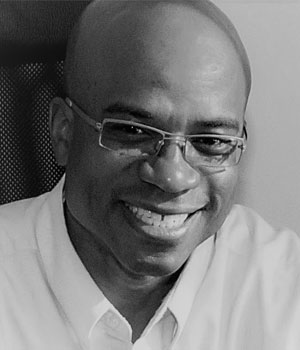 Raymond Borom, BA ’63, MEd ’66, Akron, Ohio, former director of affirmative action at Kent State from 1983 to 1997, and his son, R. Todd Borom, BA ’83, Glen Cove, NY, collaborated in writing Don’t Die Broke: Easy Steps on How to Save, Invest and Build Your Wealth, was released on Amazon and in bookstores early February 2020. The 100-page book is designed to help anyone—teen, millennial or baby boomer—quickly learn how the stock market works and why it’s essential to begin investing. 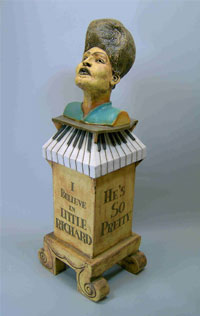 George Palovich, MFA ’64, and Janet Trisler, (who attended KSU from 1960-62 and received a BFA from The University of Akron in 1972), Sun City, Ariz., were given a
50-year retrospective of their artwork at West Valley Art Museum and Peoria City Hall Art Gallery in Peoria, Ariz., from Nov. 25, 2019 to Jan. 17, 2020. The exhibition, An Artistic Life Together, included works in ceramics, drawing, painting, sculpture, fine printmaking and dolls produced over their 58-year art career and marriage. To view more of their work see https://sites.google.com/site/artbytripal/welcome. 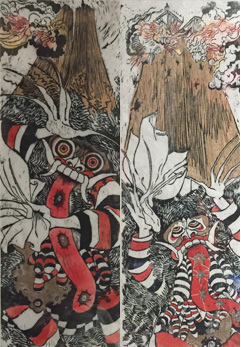 Charles “Chuck” Miley, BS ’65, Maplewood, NJ, wrote: “The 9/11 Memorial Museum located at ground zero in the footprint of the World Trade Towers in New York City, has acquired my woodblock print diptych for their permanent collection. The woodblock print has pochoir, relief and collage elements and is titled ‘T’was Rangda Set the Birds Afire I & II.’ The image of Rangda is of Balinese Hinduism and is one manifestation of Durga the killer witch.”

Gary Featheringham, BS ’66, North Potomac, Md., wrote, “My memoir, Three Months of Socialism: Living in USSR During the 1970s, was published through Amazon (August 2019). It captures the first three months of our daily life while I was working at the Joint Institute of Nuclear Research in Dubna, Russia, from 1972 to 1977, assigned to the East European Operations of Control Data Corporation, a supercomputer manufacturer. It is not political, but rather documents our struggles living under the Soviet system and trying to raise an infant daughter.” 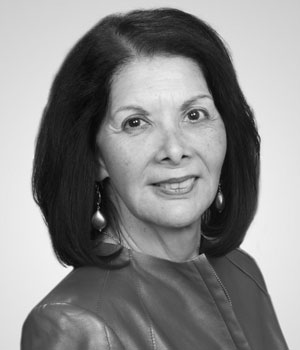 Patricia Arredondo,
BSE ’67, Phoenix, was elected chair of The American Association of Hispanics in Higher Education, Inc. for the 2019-2020 academic year. Dr. Arredondo, a first-generation college student, is a scholar-practitioner, organizational consultant, licensed psychologist and the author of seven books and other scholarly publications. Her latest book is Latinx Immigrants: Transcending Acculturation and Xenophobia (2018). She is president of the Arredondo Advisory Group and faculty fellow with Fielding Graduate University. For her leadership and scholarship in psychology she was recognized as a Changemaker: Top 25 Psychologists of Color by the American Psychological Association in 2018. 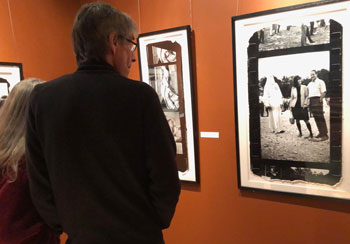 Richard Margolis, BS ’69, Rochester, NY, exhibited Upheaval: Photographs of Anti-War Events at Kent State & Ohio Ku Klux Klan Rallies during the Cleveland Photo Fest at Images Photographic Arts Gallery in Lakewood, Ohio, from Sept. 15 to Oct. 12, 2019. The images were printed in 2018 and 2019 from existing negatives of photos taken between 1965 and 1970 at and around Kent State—many never printed until recently. Margolis was a photojournalism major, edited the 1968 Chestnut Burr and lived in Kent until 1972. He photographed Sunday night, May 3, 1970, and was processing film on Monday when the sirens began going by. He photographed on campus later that afternoon and at several memorial events following the shootings. He is now printing that and other film from back then, exhibiting prints in his studio/gallery in Rochester. For more information see www.richardmargolis.com. Pictured: Viewing “Gretchen and I on a Date—1965,” included in Upheaval.