Paula Stone Tucker, BA ’70, MA ’74, EdS ’81, Tallmadge, Ohio, is author of Surviving: A Kent State Memoir, available on Amazon, about her years at Kent State, when she was a witness to the May 4, 1970 shootings. She won the Silver Award for Memoir and Autobiography from the Florida Writers Association. Tucker splits her time between Northeast Ohio and The Villages, Fla. 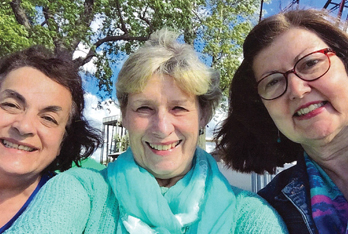 Margaret (Shoaf) Tracey, BS ’70, Warren, Ohio; Cheryl (Youngmann) Russo,
BS ’71, Medina, Ohio; and Margaret (Hoyer) Akbar, BS ’72, Chippewa Lake, Ohio, met fall quarter 1967 and became friends and roommates in Terrace Hall, Koontz Hall and Tonkin Court (off-campus apartments). All became teachers. Tracey is a member of the American Association of University Women, Warren-Trumbull branch. Russo earned a MEd in reading and literacy from the University of Akron. Akbar earned a MEd ’80 in administration and a MEd ’82 in psychology from the University of Akron; she went on to become a school psychologist in the Medina, Ohio, school district. The former “roomies” frequently visit the Kent Campus for their get-togethers. Pictured, (left to right): Margaret Akbar, Cheryl Russo, Margaret Tracey.

Greg Long, BBA ’71, Wooster, Ohio, a retired lieutenant colonel, participated in a panel with other former members of the Kent State ROTC, “Honoring Those Who Served in ROTC in 1970,” in November 2019 at the Kent State Student Center, as part of the university’s 50th Commemoration of May 4, 1970, events. President and managing partner of Long, Cook & Samsa, Inc., an accounting firm in Wooster, Ohio, he serves as treasurer and chair for the Committee on Finance of the Kent State University Foundation, is a member of the College of Business Administration’s National Advisory Board and chair of the college’s Accounting Advisory Council. 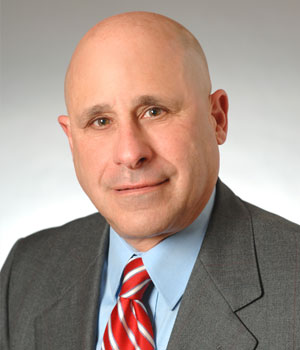 Todd Raskin, BS ’72, Chagrin Falls, Ohio, founding partner of Mazanec, Raskin & Ryder Co., LPA, which has offices in Cleveland and Columbus, Ohio, has been named Cleveland’s 2020 “Lawyer of the Year” in civil rights law by Best Lawyers. It’s his third time receiving the designation, which he also received in 2013 and 2017. Raskin has a diverse legal practice with an emphasis on civil rights and government liability defense, as well as the defense of employers, both public and private. 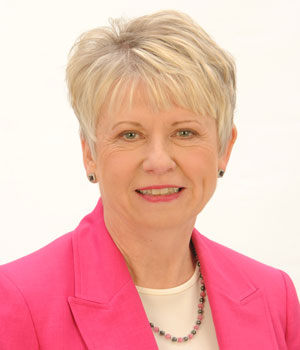 Dixie Benshoff Ludick, MEd ’73, PhD ’77, Aurora, Ohio, was awarded the Hiram College Lifetime Achievement Award by President Lori Varlotta in a ceremony at Hiram College on June 15, 2019. Dr. Ludick is a nationally recognized psychologist who has provided consultation and training for professionals in industry, education, medicine and nonprofit agencies, and clinical services to college students, couples, groups, seniors and families. She is currently adjunct assistant professor of community and family medicine at Northeast Ohio Medical University. Her book, Increasing Your Personal and Professional Effectiveness: A Manual for Women Who Want to Accomplish More without Changing Who They Are, was published in 2016.

Carter Strang, BS ’73, MEd ’79, Shaker Heights, Ohio, wrote: “I organized and spoke at ‘The Kent State Shootings, May 4, 1970—The Day the War Came Home and Its Legal Aftermath,’ a CLE [Continuing Legal Education] seminar at a Cleveland-Marshall Law Alumni event in October 2019. Other speakers included attorneys for the Ohio National Guard and students involved in the criminal and civil litigation. The CLE was the subject of a Record-Courier article on Oct. 27, 2019.”

Daryl Hall, BS ’74, Scottsdale, Ariz., wrote: “My book, Flashback: A Young Man’s Search for Truth About the Kent State Shootings, was released on Amazon in October 2019. Written in memory of the four slain students who died on May 4, 1970, the book begins when I learn about the shootings as a senior in high school only a forty-five-minute drive from Kent State; I’d signed a letter of intent to play football for the Flashes in the fall. While the shooting aftermath is the main theme of the book, I also share stories during my four years at Kent State, which include the Vietnam War, the impeachment of President Nixon, college life, music of the time and KSU football. During my time on campus, the football team won the first conference championship in school history (1972); teammates on the squad included Gary Pinkel, Gerald Tinker, Jack Lambert, Nick Saban and Larry Poole.”

John Matsis, BFA ’74, Las Vegas, was one of ten former Farrell High School (Farrell, Pa.) graduates inducted into the Farrell Alumni Hall of Fame at its 15th annual banquet on Oct. 12 at the Park Inn by Radisson. He was honored for carving out a multi-faceted career through varied professional endeavors, which included acting, teaching at bartender school, city government, culinary school, school accreditation and evaluation, real estate and the teaching of social media strategies from Kent, Ohio, to Atlanta, to the Shenango Valley and, for the last 20 years, Las Vegas.

Michael Cajero, MFA ’76, Tucson, Ariz., wrote: “I graduated from the KSU Art Department with a MFA in studio art; emphasis on sculpture, painting and art history. My advisor was Leroy Flint. From 1971 to 1975, the main influence at the time came from process art [which emphasizes the “process” of making art and the concepts of change and transience]. Artists like Lynda Benglis, Joseph Beuys, Arte Povera, Robert Smithson, Vito Acconci, Robert Morris, etc. provided a strong direction for our work.
Another strong influence was the industrial sensibility provided by Akron and Cleveland, which encouraged artists to use common building materials such as tar, paper, plastic, paint, rubber, etc. I built an environment out of common masking tape. Ephemerality was a key element in the creation of my figured sculpture.
I’ve continued along the same line of thinking up to the present day, and I’m still producing work. All my sculpture, drawings and ceramics are in the collection of the Process Museum in Tucson, Ariz.” The museum is open by appointment for tours. Reservations can be made on the website, www.processmuseum.org, or processmuseum@gmail.com.

Tom Sudow, BA ’76, Shaker Heights, Ohio, was elected International President of the Federation of Jewish Men’s Clubs (FJMC) in July 2019. He will serve a two-year term as the 44th president of the global organization, which is celebrating its 90th year, and he says destigmatizing addiction and mental illness will be among top agenda items in Conservative synagogues across the globe in the coming years. As a KSU student, Sudow was active at the university’s Hillel, where he met his wife, Michele. Currently, he is director of the Burton D. Morgan Center for Entrepreneurship at Ashland University and the director of business development for Cleveland Clinic Innovations in Cleveland.

Robert Trifiletti, MA ’76, Boston, was a graduate student working in Tri-Towers in 1970. The events surrounding May 4 were traumatic for him, and he only returned to campus in 1976 to finish his master’s degree. During his career, he worked for the US Department of Education and The Washington Post.
As a program officer in the Office of English Language Acquisition, for many years he volunteered to teach Italian and Spanish to government employees and donated the tuition to My Sister’s Place, a shelter for survivors of domestic violence. He and the employees of the Office of Language Acquisition received a President’s Award from President George W. Bush in 2005 for extraordinary support of voluntarism through the Combined Federal Campaign National Capital Area.
Since 2008, he has been the director of the Italian Center of New York City, Boston Office, where he initiates conferences on Italian culture and the Holocaust. Trifiletti appeared briefly in and wrote his part of the documentary “God is the Bigger Elvis,” which was nominated for an Academy Award: Documentary Short Subject in 2012.
As part of the Prisoner Visitation Service, he volunteers at the Federal Medical Center, Devens, Mass., and he helps feed the homeless at the Pine Street Inn: Shattuck Men’s Shelter, Boston. He also teaches Italian and donates the tuition to women’s shelters in Boston.

Gary Zwick, BBA ’76, Bainbridge Twp., Ohio, wrote: “I am a partner in the Cleveland law firm of Walter Haverfield, LLP, where I practice in the areas of tax, estates and trusts and ERISA [Employee Retirement Income Security Act of 1974] law. Recently, the legal treatise I coauthored with James John Jurinski of the University of Portland, Tax and Financial Planning for the Loosely Held Family Business—originally published by ALI-ABA in 1999 and updated thereafter, but out of print for almost 10 years—was picked up by Edward Elgar Publishers in the UK. We updated it, and it is now back in print. The book is generally found in law libraries around the country and used as a textbook. I am married to Linda Hollander Zwick, BA ’77.”

Michele (Makros) Weitzel, BFA ’77, Copley, Ohio, is a local beekeeper and first-time author. She was dedicated to her career as a graphic designer before choosing early retirement to take care of her aging mother. While liquidating her mother's estate, she came across WWII memorabilia and a large collection of love letters between her mother and father, inspiring her to write Love Letters from the Marine Wolf: A US Hospital and Transport Ship, an Army Medic Afloat, and a War Bride in World War II, available on Amazon. The book qualified as an art exhibit at the grand opening reception of the 50 Years of VCD at the Kent State University Alumni Show in August 2019.

Michael Batchelor, BS ’78, MA ’82, Fairview, Pa., was appointed to the board of directors of Grantmakers of Western Pennsylvania, a philanthropy network now comprising 100 grant-making organizations of all types. Batchelor was selected as the first executive director of The Erie Community Foundation (ECF) in 1990, and was named its president in 1996. Under his leadership, assets grew from $20 million to $448 million, placing ECF within the top 10 percent of community foundations nationwide.