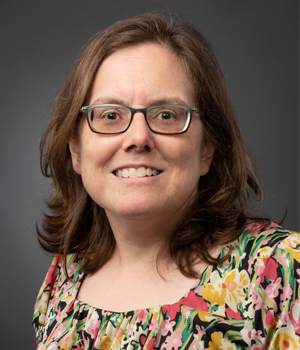 Lisa (Hicks) Dael, BA ’90, MLS ’91, Athens, Ohio, wrote: “In October 2019 I was promoted to assistant director of online and outreach programs for the Patton College of Education at Ohio University.” 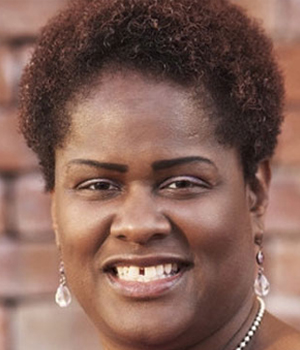 Erica Maxwell, BSE ’93, MEd ’96, Chandler, Ariz., was hired as the Arizona Department of Education’s first-ever associate superintendent of equity, diversity and inclusion. In addition to her more than 25 years as a certified educator, she has supported at-risk youth and diverse student populations by cofounding the Arizona Multicultural Education Conference in 2011 and founding Club READ (Reading Experiences Appreciating Diversity), a free summer reading club for Chandler students in 2013. She received the East Valley NAACP Education Advocacy Award in 2015. 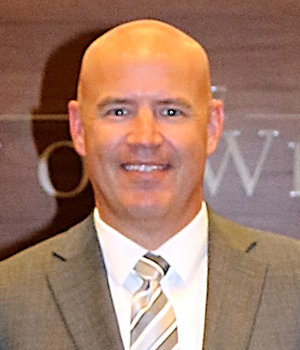 Don Decker, BS ’94, Weston, Fla., was recently appointed city manager, chief executive officer of the City of Weston, Fla. He was previously the director of parks and recreation for the city and has worked for Weston since 2001. 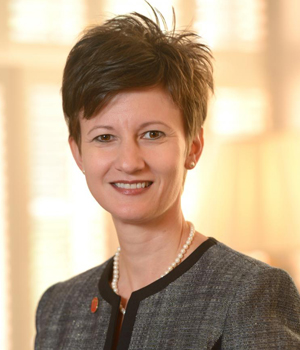 Brandi Hephner LaBanc, MEd ’97, Hadley, Mass., was named the vice chancellor for student affairs and campus life at the University of Massachusetts Amherst. She began her new duties in January 2020. Hephner LaBanc, who has more than two decades of experience in higher education, previously served as vice chancellor for student affairs at the University of Mississippi, since 2012—the first woman to hold that position in the university’s history. She has also been a professor of higher education since July 2019 and was associate professor of higher education from 2012-19.
Among her honors and special recognitions, Hephner LaBanc was inducted into the 2013 Hall of Fame by the College of Education, Health and Human Services at Kent State and has been recognized by the National Association of Student Personnel Administrators as a Pillar of the Profession for 2020. At Ole Miss, she received the Lift Every Voice award, a highly regarded diversity and inclusion honor bestowed by colleague and student nominations.

Joseph Connell, MA ’98, Brooklyn, NY, has been promoted to deputy director of neighborhood contracts for the New York City Department of Housing Preservation
and Development.

Mark Fink, AA ’97, BGS ’98, Ithaca, NY, director of teaching and learning with technology for Ithaca College, has joined ShapingEDU: Dreamers, Doers, and Drivers Shaping the Future of Learning in the Digital Age, hosted by Arizona State University’s Skysong Innovation Campus. The vision is for change-making individuals from a wide variety of learning-focused organizations across the world to collaborate on big ideas for transforming education. By deliberate design, ShapingEDU is action-oriented and believes the future is what we invent it to be. Dr. Fink leads one of the 10 actions and was appointed “mayor” to the neighborhood that is working to bolster intergenerational leadership for learning futures. While at Kent State, he was a counselor with the Academic Success Center, where cognitive and metacognitive strategies enabled student success.

Micah Kraus, BA ’99, MA ’01, Akron, Ohio, gave an artist talk on Oct. 12, 2019, about the creative process and subject matter of the artwork in his exhibition A Reasonable Decline hosted by Akron Soul Train, an artist residency program fostering a more vibrant downtown Akron. The exhibition ran from Sept. 16 to Oct. 17, 2019. In his laser etchings on display, Kraus used local Akron imagery of decaying buildings, flaking signs and other general urban crustiness, burned through layers of ink and into paper, reducing beloved memories into abstracted representations. 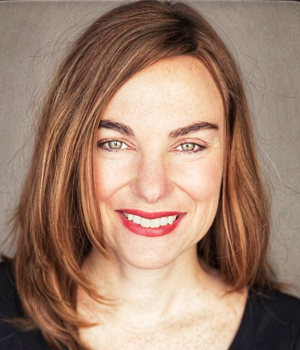 Lisa Roberts, BS ’99, Mount Juliet, Tenn., is a comedy talent buyer at National Shows 2 (a concert promotion company, www.nationalshows2.com) based in Nashville, Tenn. She programs comedy for a few exclusively booked NS2 venues and also books nationally touring comedians in theaters nationwide. She has been featured in Pollstar magazine with various comedians she has presented.