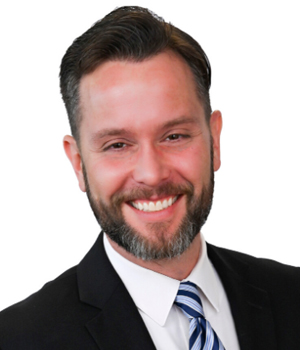 Robert Baldwin, BA ’00, DeLand, Fla., recently joined Shuffield Lowman law firm, working in the DeLand office as senior counsel in the area of estate planning. He has more than 15 years of experience at large, national law firms and received his JD from Ohio Northern University, where he completed a legal sabbatical at Oxford University. He is a licensed member of the Bar in Florida, Michigan and Washington, DC. Active in his community, Baldwin is a member of two local bands, and he and his wife regularly perform at the Athens Theatre in DeLand. 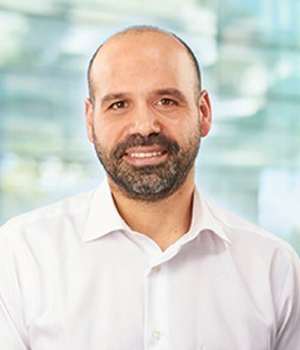 Benjamin Lybarger, BA ’00, Brooklyn, Ohio, in summer 2019 studied avian and tropical ecology in the Amazon. A general manager at K9 Cleveland, he is a graduate student in Miami University’s Advanced Inquiry Program.

Matt Windt, BBA ’01, Front Royal, Va., was recently hired as the program manager of membership by the National Defense Information Sharing and Analysis Center, located in Washington, DC, where he will be working on national defense cyber security issues. While at Kent State, he participated in the Washington Program in National Issues (WPNI) from January to April 2000. He cofounded the Kent State Backpacking Club through KSU’s Department of Recreational Services in 1998.

Scott Maidman, BBA ’02, Mt. Lebanon, Pa., has been recognized on the 2019 Forbes “Top 250 Next-Generation Wealth Advisors” list. This is the second year that Maidman, senior vice president, wealth management advisor for Merrill Lynch, has made the list. He’s worked for Merrill Lynch since 2007, but his fascination with investing began as a teenager, when he became an avid reader of financially focused websites and created “mock” portfolios. He majored in finance at Kent State, where he also played hockey, and earned an MBA in corporate finance from Robert Morris University. Today he is a member of the Parents Athletic Council in Mt. Lebanon, Pa., where he lives with his wife and two children. 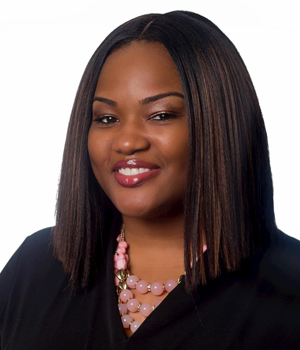 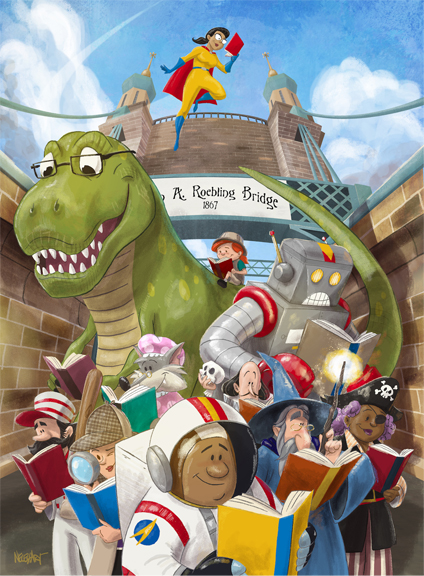 Kevin Necessary, (who attended KSU from 1997 to 2002), Cincinnati, illustrated the poster (left) for the 2019 Books by the Banks Cincinnati Regional Book Festival, an annual event that features national, regional and local authors and illustrators, held in downtown Cincinnati on Oct. 26, 2019. In August 2019, he was part of a team from WCPO-TV in Cincinnati that won an Ohio Valley Emmy for best Human Interest Program: “Living in the Shadows,” a comic-journalism immigration piece. He also is a syndicated editorial cartoonist through GoComics.com and the illustrator of a children’s book, My Best Friend Fiona (WCPO, 2017), written by Lucy May, about the Cincinnati Zoo & Botanical Garden’s spunky baby hippo, Fiona. Necessary resigned his full-time cartoonist position with WCPO in October 2019, in order to freelance. For more information, see www.kevinnecessary.com. 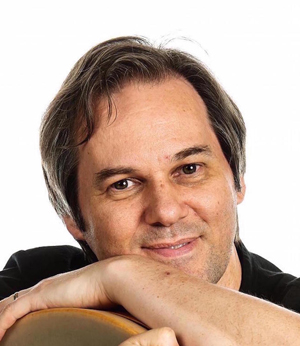 N. Scott Robinson, MA ’02, PhD ’13, El Cajon, Calif., received his doctorate in musicology-ethnomusicology in 2013 and is now associate professor of music and chair of the music department at San Diego Mesa College in Calif. 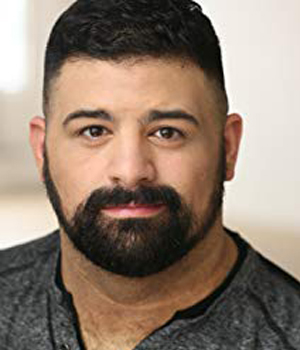 Adam Kern, BFA ’03, Seattle, in summer 2019 co-created and directed Shadow of the Run, Chapter 1: Wanderlust, an immersive theatre production, based on the Cleveland Torso Murders, believed to have been committed by an unidentified serial killer active in Cleveland between 1935 and 1938. The audience followed the characters in and around historic buildings of downtown Bedford, Ohio, interacting with them and watching the action unfold up close and personal. Kern has been doing theatre professionally for the past 15 years, after earning an MFA from the then American Repertory Theatre/Moscow Art Theatre School Institute for Advanced Theatre Training at Harvard University. For more information see https://shadowoftherun.com. 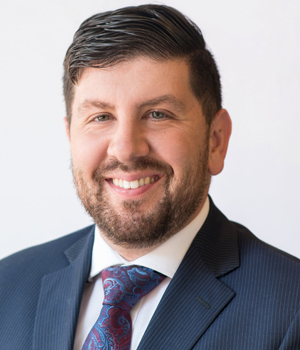 Paul Marnecheck, BA ’03, North Royalton, Ohio, wrote: “In November 2019 I was elected to serve as council president for the City of North Royalton. I previously served for 10 years as the Ward 4 member of council.” 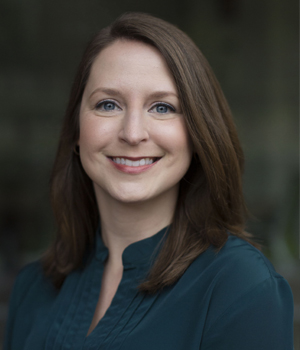 Liz Opsitnik, BS ’03, Arlington, Va., has been promoted to executive editor, consumer advice, at US News and World Report, where she oversees consumer-focused money, real estate, health and education content. With the company since 2011, she previously was managing editor, advice products, and deputy managing editor, autos. 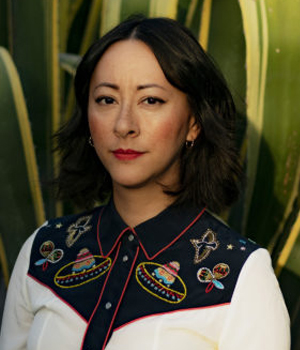 Jennifer Ling Datchuk, BFA ’04, San Antonio, was one of 50 visionary artists awarded a prestigious 2020 United States Artist Fellowship of $50,000 of unrestricted funds. The annual awards recognize the most compelling artists working and living in the United States, in all disciplines, at every stage of their career. Datchuk, an assistant professor of ceramics at Texas State University, received the Emerging Voices award from the American Craft Council in 2017. She lives and maintains a studio practice in San Antonio, Texas. Learn more at www.jenniferlingdatchuk.com. 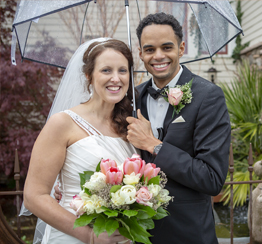 Kristy (O’Hara) Glaspie, BS ’04, Kent, Wash., married Reggie Glaspie on April 14, 2018, in Sumner, Wash., and in true Pacific Northwest fashion, it rained the entire day. She is an editor and writer for World Vision’s magazine and digital stories site. Her husband works in recruiting for Weyerhaeuser. She once again lives in a city named Kent, although this time it’s in the state of Washington. 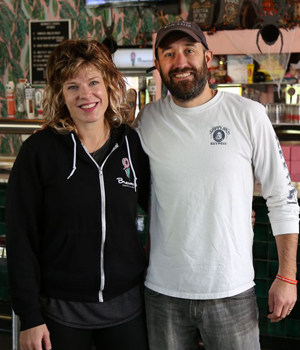 John Pippin Jr., BBA ’04, Cleveland, and his wife, Shelley, are co-winners of the HomeGrown Heroes award in the Food and Beverage category, and were recognized with 11 additional winners at the second annual cleveland.com/The Plain Dealer HomeGrown Heroes Award Reception on Nov. 13, 2019, at SmARTspace at 78th in Cleveland. The couple started Brewnuts with a unique concept: donuts made with craft beers from local breweries.
Their Gordon Square shop—which is part donut shop, part bar with 16 beers on tap—opened in 2017 and has become wildly popular. HomeGrown Heroes celebrates the unsung heroes of the community who are working tirelessly on their start-ups, businesses, innovations and social organizations to fuel the economic development of the region. 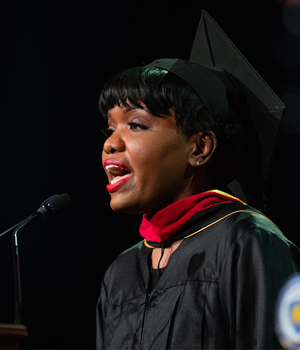 Danielle Wiggins, BS ’04, MA ’09, Bedford, Ohio, multimedia journalist and speaker, served as chief of ceremonies at the inauguration of President Todd Diacon at KSU’s MAC Center on Nov. 1, 2019. In addition to her daily TV responsibilities as 3News morning traffic reporter at WKYC Studios in Cleveland, Wiggins also previously anchored the 4 a.m. half hour of the Go! morning show and was the co-creator, host and producer of the station’s “Rising” initiative, which told the stories of people in Northeast Ohio who have overcome obstacles to achieve success and are inspiring others to do the same.
In 2018, she won a regional Emmy Award and a Salute to Excellence Award from the National Association of Black Journalists for a “Rising” episode. Before joining 3News in 2013, she managed the production of “The Regina Brett Show” on 89.7 WKSU, an award-winning weekly, hour-long interview radio talk show. She also is executive producer of Vision Ideal Media, a company she started in 2006 to assist small business owners and/or nonprofit organizations in developing multimedia materials to connect with their target audience. 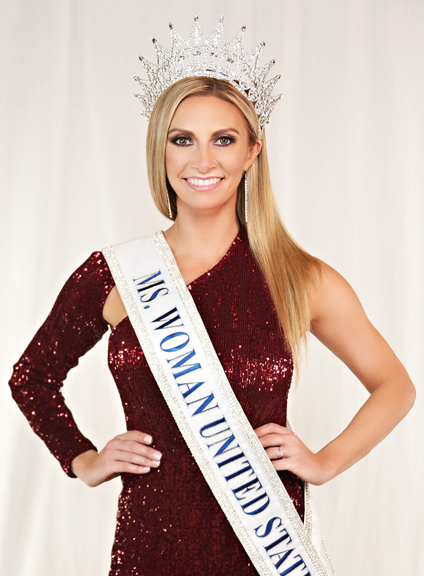 Amanda (Holzen) Horgan, BA ’05, Hawthorne, Calif., was crowned the 2019 Ms. Woman United States in Las Vegas on Aug. 2, 2019. She will be spending 2020 promoting her platform, “Fit With a Purpose,” which aims to create a dynamic community that encourages and inspires others to set their own health, fitness and service goals.

Dalia Colón, MAT ’05, Riverview, Fla., returned to WUSF [National Public Radio member station in the Tampa Bay area, owned by the University of South Florida] as producer of the Zest podcast. From 2010 to 2014, she covered health and features for WUSF. Before that, she was a staff reporter for the Tampa Bay Times and Cleveland Magazine. Her work has been recognized by the Suncoast Regional Emmys, Telly Awards, Florida Associated Press Broadcasters, Tampa Bay Association of Black Journalists and others. When she isn’t sipping mojitos in the name of podcast research, you can find her in one of her other roles—producer/cohost of WEDU Arts Plus and mom to Norah and Benji, who always have an appetite for fun. 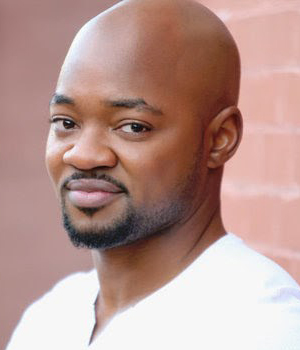 Brian Michael Smith, BS ’05, New York, in June 2019 joined the cast of Showtime’s The L Word: Generation Q, a sequel to the acclaimed series that aired from 2004-2009. He will portray Pierce Williams, “a buttoned-up, fastidious, expert political strategist and a veteran of LA politics.” In September 2019 he joined the cast of Fox’s 9-1-1: Lone Star alongside Rob Lowe and Liv Tyler. As a series regular in 9-1-1’s Texas-set spinoff, Smith will portray a “transgender male firefighter with a gift for observation worthy of Sherlock Holmes”—making him the first black, transgender man to be featured as a series regular on a broadcast network television series. In February 2019, Smith appeared in Portland Center Stage at the Armory’s production of Cheryl Strayed’s Tiny Beautiful Things. In 2017 he debuted as Antoine “Toine” Wilkins in Ava Duvernay’s series Queen Sugar on OWN [Oprah Winfrey Network]. In addition to performance, Smith works in youth media literacy and community organizing at the LGBT Community Center in Manhattan, The Tribeca Film Institute and Wingspan Arts Program. 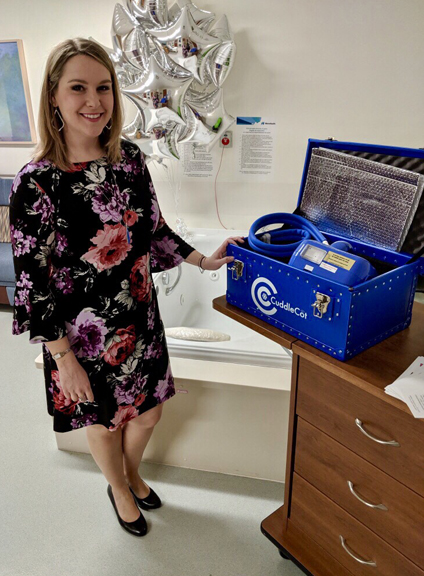 Erin Maroon, BS ’06, North Canton, Ohio, founded a nonprofit organization with her husband after the sudden, full-term stillbirth of their daughter, Ashlie, in October 2015. Ashlie’s Embrace provides comfort to grieving parents after stillbirth or early infant loss by increasing awareness of CuddleCots and making them available to parents through medical facilities. The cooling devices allow grieving parents the gift of time to hold, bathe or take photos with their baby. As of August 2019, the organization has placed 49 CuddleCots at hospitals in nine states with placements pending in five additional states. For more information see www.ashliesembrace.org.

Jennifer McGlincy, BA ’06, Centennial, Colo., wrote: “I’ve published my first children’s picture book, Bubbles Can’t Hold Rain. Winner of the 2018 University of Denver Daniels College of Business Social Capital Award, the book is a transformative tale that explores isolation and the necessity that Wheezie Stevens feels to seek support beyond her comfort zone. Inspired by children diagnosed with cystic fibrosis, the story encourages all children to reach out for help when their bubbles feel too full. It was fully funded through a GoFundMe campaign that raised over $7,000 to produce 700 books for newly admitted patients at Children’s Hospital Colorado and Children’s Hospital Pittsburgh. We will continue to donate one copy of the book for every copy purchased. I am grateful for my education at Kent State where communication, creativity and business savvy were fostered and prepared me to produce something of which I am truly proud.” For more information see https://wheeziestevens.com/. 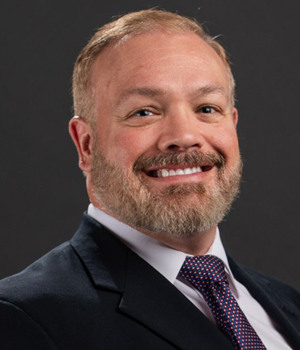 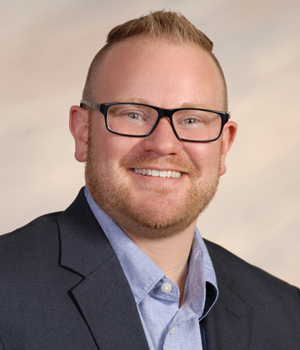 Russell Toomey, MA ’06, Tucson, Ariz., received a “40 under 40” award from the Tucson Hispanic Chamber of Commerce in recognition for his leadership and commitment to southern Arizona. He is an associate professor at the University of Arizona, and his research focuses on positive youth development and identity development of Latinx and LGBTQ youth. Toomey’s research has been cited nearly 3,500 times, and is widely mentioned in the media, in policy decisions and in legal cases. He also volunteers for several LGBTQ youth-focused organizations both locally and nationally. He is the chair of the Society for Research on Adolescence’s inclusion, equity and social justice committee. According to his nominator, Toomey is “an exceptional mentor to his students,” and “creates a learning environment and a research environment where students feel supported, challenged and capable of accomplishing their goals.”

Amber Walden, BS ’06, BS ’11, Mentor, Ohio, in summer 2019 studied the forces of evolutionary, geologic and social change and contributed to sustainable solutions for an archipelago in Galápagos. An interpretive naturalist at Lake Metroparks-Penitentiary Glen Nature Center, she is a graduate student in Miami University’s Advanced Inquiry Program.

April Bleakney, BFA ’08, Cleveland, a printmaker, was one of 16 artists (out of a pool of 78 applicants) who received a 2020 Artist-in-Residence award from Akron Soul Train (AST). AST is an artist-in-residence program connecting and empowering the community and artists by granting fellowships that provide resources for all creative disciplines and include a community engagement component. 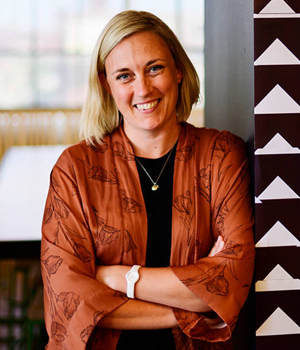 Andrew Rihn, BA ’09, Canton, Ohio, released his first full-length collection of poetry, Revelation: An Apocalypse in Fifty-Eight Fights (Press 53, 2019). The book responds to the professional fights of Mike Tyson in 100-word prose poems. The voice of an Old Testament prophet shines through the fight commentary and relates Tyson to a modern-day Elijah—climbing the mountain to do battle, and climbing back down to a world of depression, anxiety and alienating silence.