Teresa Cianchetti, MEd, Munroe Falls, Ohio, a first-grade teacher at Suffield Elementary School in Portage County, received the 2016 Ohio Teacher of the Year award during a surprise assembly at the school in October 2015. She focuses on literacy skills and is described by the school principal as an “amazing teacher” who consistently excels at engaging and empowering students.

Donald Crews, MLIS, Cincinnati, Ohio, wrote: “My first book, Cincinnati’s Freemasons was published by Arcadia Publishing late last year. Told with a combination of text and historic images, it reveals the story of the fraternity’s activities, personalities and buildings in the Queen City.”

Haraz Ghanbari, BS, Perrysburg, Ohio, director of military and veteran affairs at the University of Toledo and a lieutenant in the U.S. Navy, received a 2015 20 Under 40 Leadership Recognition Award presented in September at the 20th Anniversary of the annual 20 Under 40 awards ceremony. He was selected from a field of 148 candidates.

Marling Engle, BS, Cuyahoga Falls, Ohio, founder and CEO of Metisentry, announced that the company was selected as one of the 2015 Top 25 Coolest Tech Companies in Northeast Ohio by Inside Business magazine.

Luigi Russo, MLS, Mantua, Ohio, wrote: “I self-published a poetry book, Zombie Land Poetics, available on Amazon, and I will be donating a copy to KSU’s library.”

Tammi Mackey-Shrum, BA, Canton, Ohio, has joined Historic Zoar Village and Fort Laurens as historic site director. She is a board member for the Tuscarawas County Convention and Visitor’s Bureau. 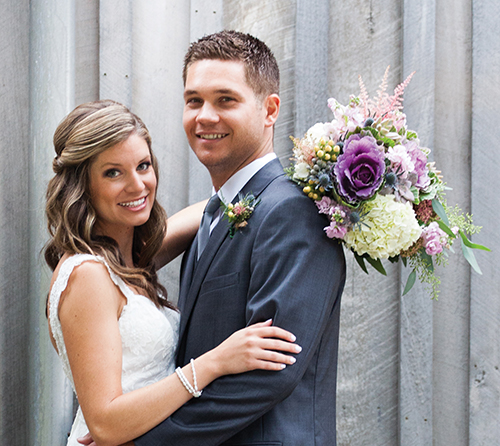 Taylor (Moss) Brodersen, BBA ’08, and Sean Brodersen, BBA ’10, were married on September 12, 2015 at the Barn at Fallingwater. They first met in 2005 at Kent State. Several Kent State alumni attended the wedding. The couple now reside in Raleigh, N.C.