Ryan Collins, BS, Lakewood, Ohio, has accepted a position as an admission counselor at Baldwin Wallace University in Berea, Ohio. 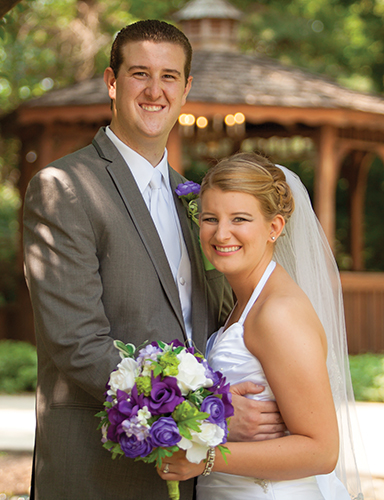 Veronica Ceci, MFA, Austin, Texas, wrote: “I’ve recently accepted a position as gallery director for the Bone Black Gallery in Austin, Texas. My first season of programming is focused on self-identified female artists who work on paper or in variations of the printmaking medium.”

When Ali Fuhrman BS ’14, Erie, Pa., died in a hit-and-run car accident on December 27, 2015, her Delta Gamma sister Allison Rapp, BA ’13, Lakewood, Ohio, set up a GoFundMe page to help cover the cost of her funeral and ongoing medical bills for her father, who was injured in the crash. “The campaign raised $10,000 in the first 10 hours,” wrote Rapp. “Overall, the campaign raised $25,000 in under two weeks.”

In addition, the sisters of Delta Gamma and the brothers of Phi Delta Theta held an Anchors Aweigh 5K at Kent State in May, with proceeds going to an Ali Fuhrman Memorial Scholarship for students involved in fraternities and sororities. To donate to the scholarship, contact senior Keri Richmond: krichmo4@kent.edu.