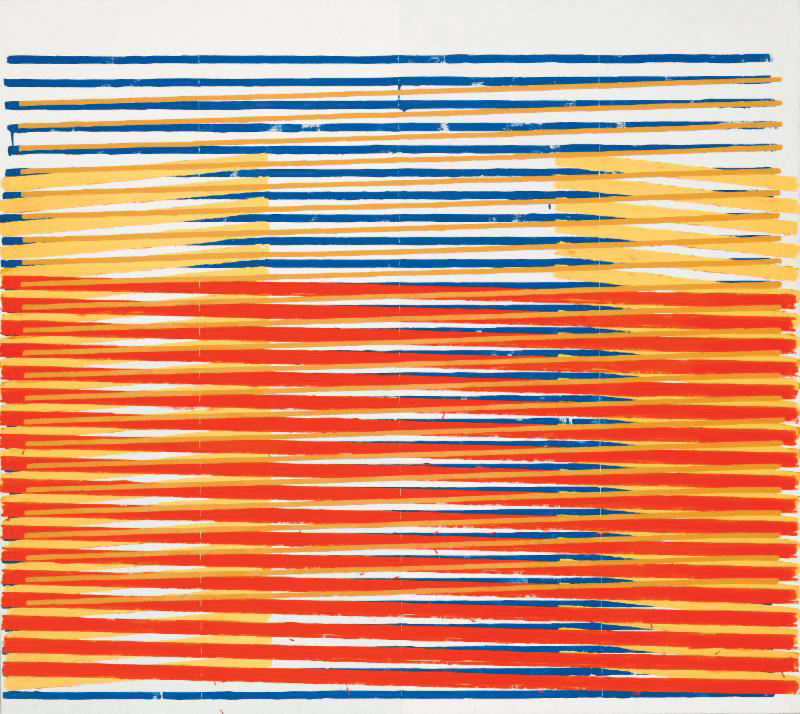 Anthony Greco, MFA ’66, Atlanta, Ga., explored minimalism during the decade of the 1970s, producing a series of large-scale minimalist paintings. Some paintings in the series were exhibited at the High Museum of Art in Atlanta and elsewhere, but hadn’t been exhibited as a group since. In honor of Mr. Greco’s 80th birthday, an exhibit of his works from the 1970s, “Looking Forward/Looking Back, Anthony Greco Paintings from the 1970s” was on display from October 13 to November 11 at Thomas Deans Fine Art in Atlanta, Ga. Pictured: 314/Fourteen, oil on canvas, 68” x 76,” 1976

Peter Foley, BS ’67, Framingham, Mass., was selected for induction into the National Interscholastic Swimming Coaches Association (NISCA) Hall of Fame. He served as the swimming coach at Weston (MA) HS for 35 years and his team earned 18 state championships. The ceremony will take place at the 2018 NISCA Convention in Minneapolis on March 24, which is held in conjunction with the NCAA Men’s Swimming Championships.

Richard Grimmett, BS ’68, MA ’70,
PhD ’73, Kensington, Md., is a contributing author for White House History, the quarterly journal of the White House Historical Association. He retired from the Congressional Research Service of the Library of Congress after a 38-year career, receiving the Library’s Distinguished Service Award, its highest honor, for “exceptional contributions to the United States Congress, the Congressional Research Service and the Library of Congress.”

Terrence O’Donnell, BA ’68, Rocky River, Ohio, Justice of the Ohio Supreme Court, was awarded the St. Thomas More Award for his high ethical standards by the Lawyers Guild on October 20, 2017.