Skip to main content
Live Chat
A Kent State University student stands vigil at the spot where Allison Krause was shot on May 4, 1970. Krause and three other students were killed during the May 4, 1970, shootings by Ohio National Guardsmen on the Kent State campus. 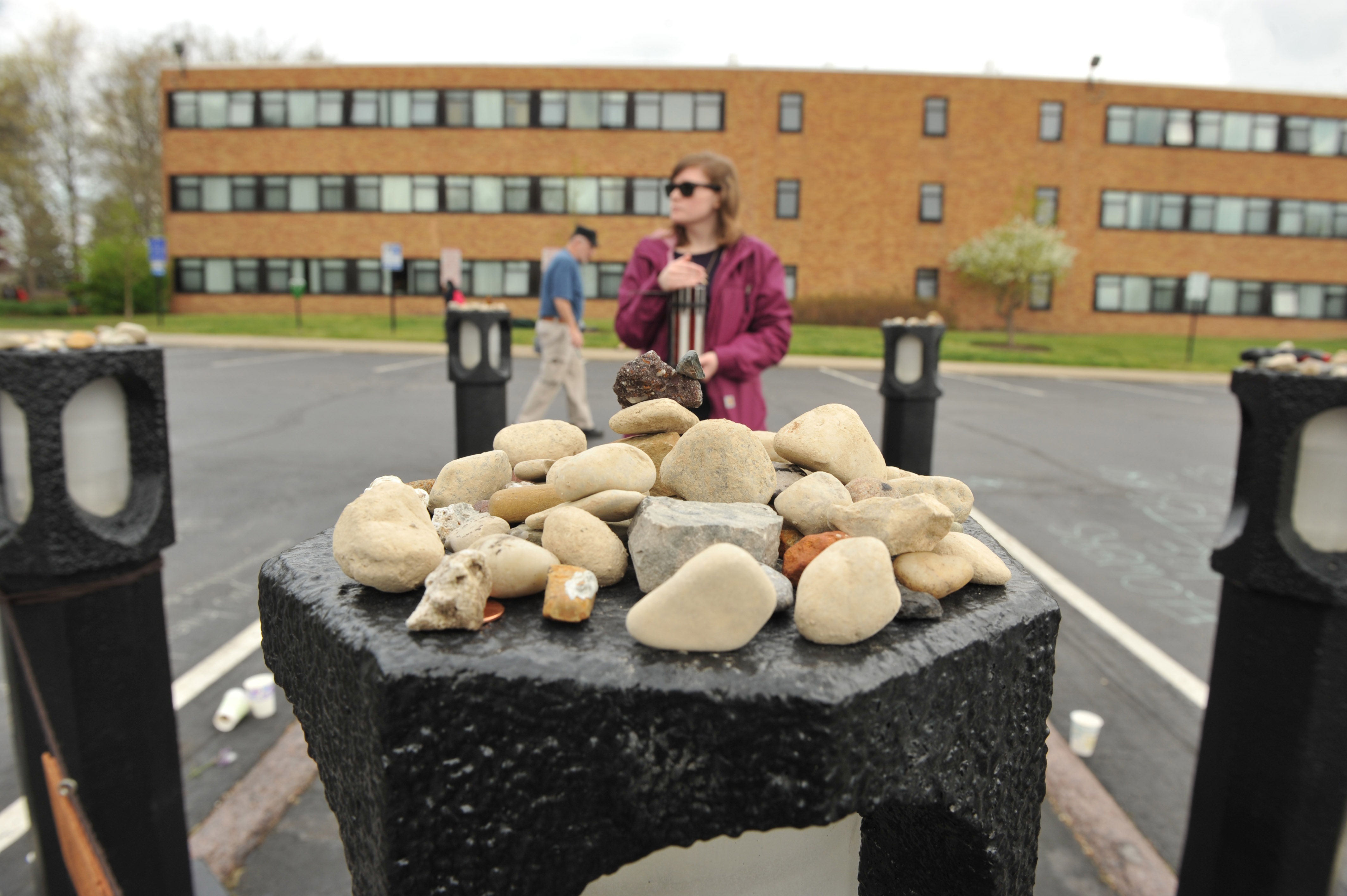 Updated 5/2/17 - Please note that the 47th annual commemoration on May 4 at noon has been moved to the Kent Student Center Ballroom due to the weather.

Kent State University holds its 47th annual commemoration of May 4, 1970, with events taking place May 3 and 4. The annual commemoration, hosted by the May 4 Task Force, provides an opportunity for the university community to gather and remember those who were lost and injured during the tragedy and also reflect on what May 4 means today.

“We pause to remember the lives that were lost and forever changed that day,” said Todd Diacon, Kent State’s senior vice president for academic affairs and provost, who will be speaking at this year’s commemoration. “It was a watershed moment for our university and the entire country, and has shaped our values and commitment to peaceful resolution of conflict. We have a unique opportunity and responsibility to teach the importance of open dialogue and respectful civil discourse.”

The May 4 Task Force, a student organization on campus, announced that this year’s theme is “Tent City, 40 Years Later” and asked Lecia Brooks of the Southern Poverty Law Center to give the keynote speech. Brooks leads the Southern Poverty Law Center’s outreach efforts on key initiatives and social justice issues. As outreach director, she frequently gives presentations around the country to promote tolerance and diversity.

A series of events have been organized by the May 4 Task Force and other campus organizations, including book signings, an advance screening of a CNN Original Series episode focused on Kent State and May 4, panel discussions and the annual candlelight walk, vigil and commemoration. All of the events will be held on the university’s Kent Campus and are free and open to the public.

May 3
At 4 p.m. in the Kent Student Center Kiva, the May 4 Task Force and Kent State’s May 4 Visitors Center, supported by the College of Arts and Sciences, will host a panel discussion called “The Long Road to National Landmark Status” to celebrate the many steps and numerous people involved in the decades long journey to receive national recognition. The panelists, including Roger Di Paolo, Chic Canfora, John Lawson, Jerry M. Lewis, Laura Davis and Mark Seeman, will share their role in the process and discuss what the National Historic Landmark status means to them. Ken Bindas, professor of history at Kent State, will serve as the moderator.

At 7 p.m. in the Kent Student Center Kiva, the May 4 Task Force will host a panel discussion on Tent City on its 40th anniversary. The gym annex protest of 1977, also known as Tent City, was a controversy that arose from the university’s proposal to build an annex to the gym on part of the May 4 site. During these protests, some objectors camped out on the building site, hence the name Tent City. The public is invited to attend this panel about the 1977 occupation of Blanket Hill to prevent the building of the gym annex. Panel speakers include Hope Brustein, Mark Webster, Evie Morris, Bill Arthrell, Mim Jackson and Jim Huebner.

At 9 p.m. in the Kent Student Center Kiva, a screening of the “Kent State & The Vietnam War” episode of CNN’s newest original series, “SOUNDTRACKS: Songs That Defined History,” will take place in advance of the broadcast premiere. The series, executive produced by Dwayne Johnson and Dany Garcia (Seven Bucks Productions) with Maro Chermayeff and Jeff Dupree (Show of Force), looks at pivotal moments in history through the lens of popular music. This episode, which will be shown nationally on CNN on May 4 at 10 p.m. Eastern Time, focuses on the politically driven songs from Neil Young, Buffalo Springfield and others that became popular following the killings of four Kent State students during anti-Vietnam War protests. After the screening, a panel discussion moderated by Jon Adler, senior director of development for CNN Original Series, will take place with Executive Producer Chermayeff and Producer/Editor E. Donna Shepherd. The event is organized by the May 4 Task Force, May 4 Visitors Center and University Libraries.

At 11 p.m., the candlelight walk and vigil will begin on the Kent State Commons. The march will begin at the Victory Bell and will continue around campus, concluding at the Prentice Hall parking lot, where lighted markers indicate where the four victims – Allison Krause, Jeffrey Miller, Sandra Scheuer and William Schroeder – were killed. The candle bearers will then start the vigil that will continue throughout the night until the commemoration begins at noon on Thursday.

May 4
The Kent State University Bookstore will host a book signing event from 10-11 a.m. at the bookstore with several authors, including Susan Erenrich (“Grassroots Leadership and the Arts for Social Change”); Sabrina Fedel (“Leaving Kent State”); Jerry M. Lewis (“Kent State and May 4th: A Social Science Perspective”); Tom Grace (“Kent State: Death and Dissent in the Long Sixties”); Greg Wilson (“Above the Shots”); Laura Davis and Mark Seeman (“This We Know” and “Democratic Narrative, History and Memory”); and David Hassler (“May 4th Voices”).

The commemoration begins at noon in the Kent Student Center Ballroom and includes a keynote speech by Lecia Brooks, outreach director of the Southern Poverty Law Center. Todd Diacon, Kent State’s senior vice president for academic affairs and provost, also will speak at the commemoration.

At 4 p.m. in the Kent State University Hotel and Conference Center, Kent State will hold a community planning session to discuss plans for the 50th commemoration of the events of May 4, 1970. Members of the Kent State and the city of Kent communities are invited to join the conversation. Kent State Senior Vice President for Academic Affairs and Provost Todd Diacon and Kent State National Trustee Michael Solomon will lead the discussion. The goal of the discussion is to gather input from campus and community members about what the 50th commemoration should represent and the activities it should include on May 4, 2020.

Hours for the May 4 Visitors Center during Commemoration Week will be:

Photo Caption:
A Kent State University student stands vigil at the spot where Allison Krause was shot on May 4, 1970. Krause and three other students were killed during the May 4, 1970, shootings by Ohio National Guardsmen on the Kent State campus.