When benchmarked against a large pool of similar universities with enrollment between 22,000 and 30,000, the Kent Campus provides less than average academic and support space per student than others. 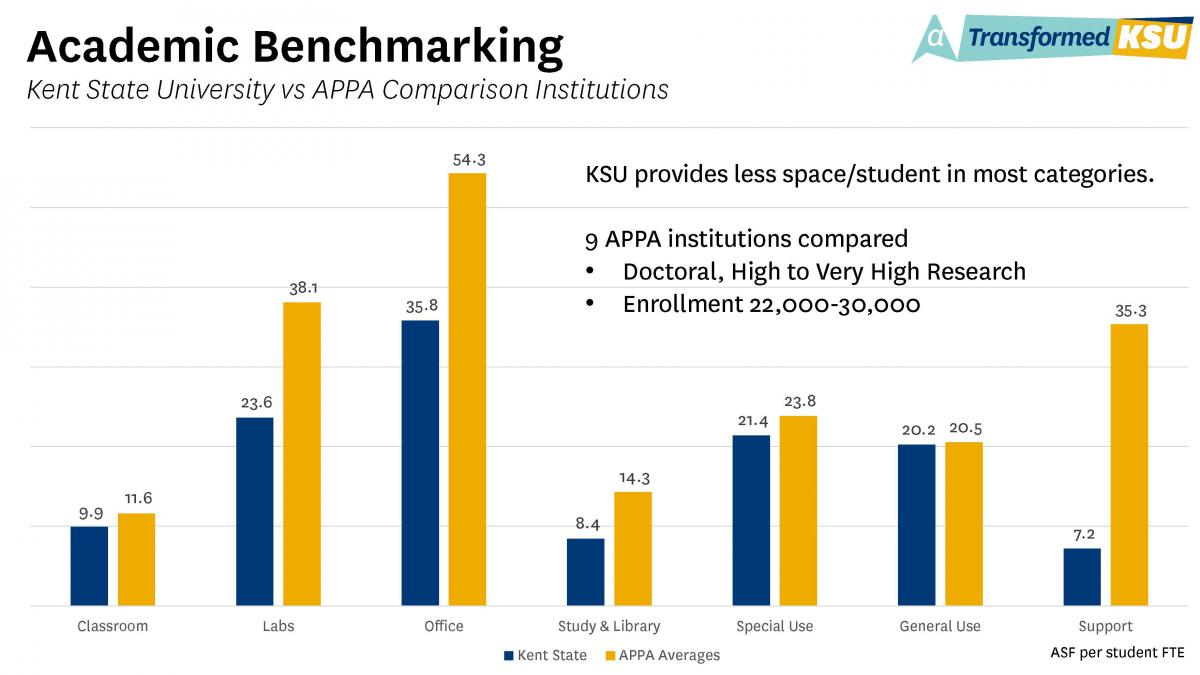 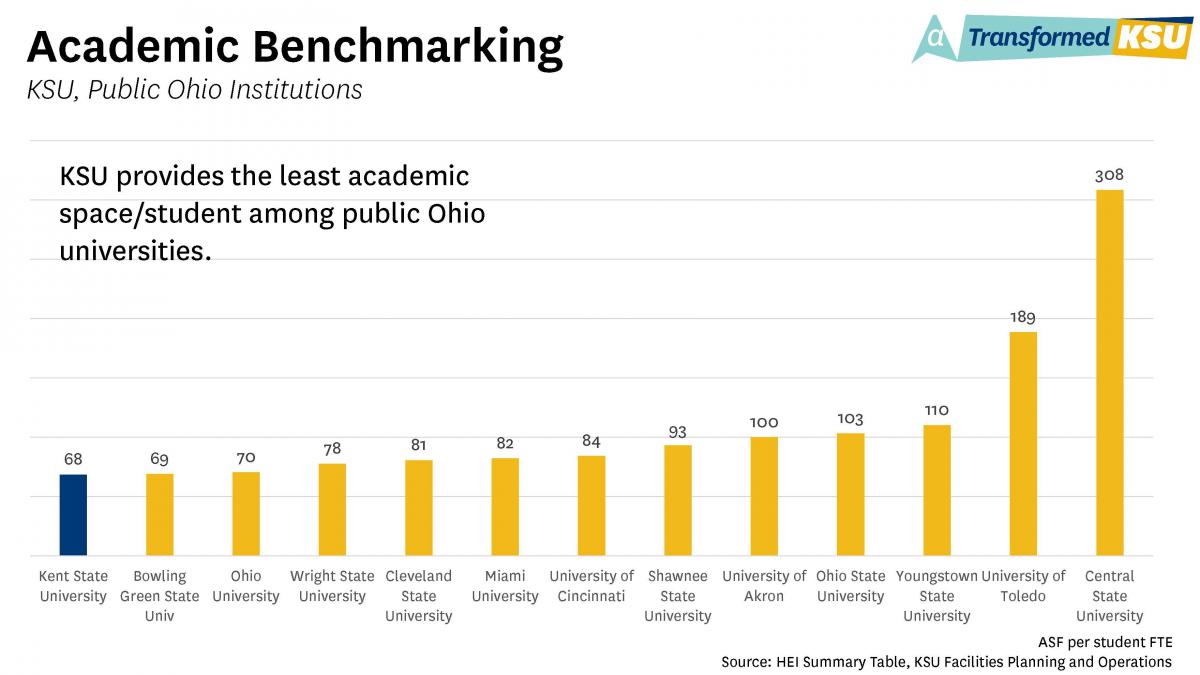 Thus, benchmarking suggest that additional academic space could be justified.

When compared to your experience at other large public universities, do you find that KSU has less space per student than other universities?

Would you have interpreted the benchmarking analysis differently?

Submitted by Anonymous (not verified) on Sun, 11/19/2017 - 11:22am
Kevin S.: Space has always been an issue. Another post here claims enrollment will continue to grow. I also noted the lack of a data point for living space on and off campus. Making comfortable living space available to students will attract more talent, while a lack of space to study, hang out, and live will curb student's desire to study at Kent State. (Continued ...)

Submitted by Anonymous (not verified) on Sun, 11/19/2017 - 11:22am
(Continued ...) This has been an issue for over ten years now and has remained unaddressed, and even resulted in the closing of some dorms and their subsequent conversion to office space. What's the plan to make sure students have the space they need to have a positive experience at KSU and study effectively? It's also interesting to note that we offer less space per student than other universities which are in urban centers (CSU, OSU, Toledo) in which growth is arguably more restricted than "rural" campuses (KSU, BGSU, Central.) How is that explained? Why is that?