Bob Archer’s Kent State University journey began as a result of a tuition assistance program that his first employer, The Hoover Company, provided as a benefit.

“My career goal was to pursue management positions and someday own my own company,” said Bob. “Hoover’s program allowed me to attend night classes on the Kent campus to earn my MBA, which I did in 1961.”

His courses focused on business, economics and management, and the program included writing a thesis.

“I was fortunate to have good instructors and enjoyed spending time with them and fellow students after hours as well,” Bob said.

Following graduation, he was asked to teach night classes at Kent State University at Stark, where he was able to recruit some of his top students to work at The Hoover Company.

With a goal of owning his own company, Bob and a group of investors purchased Kent Watersports, the world’s largest manufacturer of life jackets, in 1981. Since then, Kent Watersports has acquired 35 companies and divested only three.

Bob’s philanthropic commitment to Kent State began with a $15 gift in 1976 as a result of encouragement from his company to support local colleges. He has supported the university for more than 40 years, culminating in his recent $1 million commitment to the new College of Business Administration building to name The Robert M. and Janet L. Archer/Kent Watersports Trading Lab.

“I have been fortunate to grow a profitable business, and giving back is the right thing to do!” Bob said . His gift to the new business building supports “a new environment which will encourage innovative and creative thinking.” 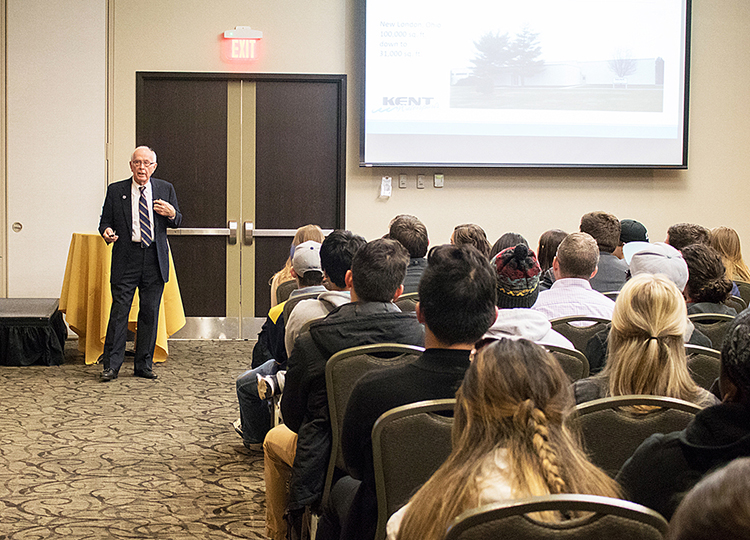 Donating time has also been important to Bob. He has been an active volunteer in the college, serving as a judge in the Center for Entrepreneurship and Business Innovation (CEBI) Pitch Competition, presenter in the Michael Solomon Lecture Series, and commencement speaker.

“Leadership is all about being a good teacher, good coach and cheerleader. I enjoy teaching and sharing my entrepreneurial experiences,” Bob said.

He has bright hopes for the future of the college and its students.

“We need to invest in the future, do the right thing and help young people pursue opportunities and succeed,” Bob said. “We all need to work together to make the future better in more productive and cooperative ways, especially in politics!” 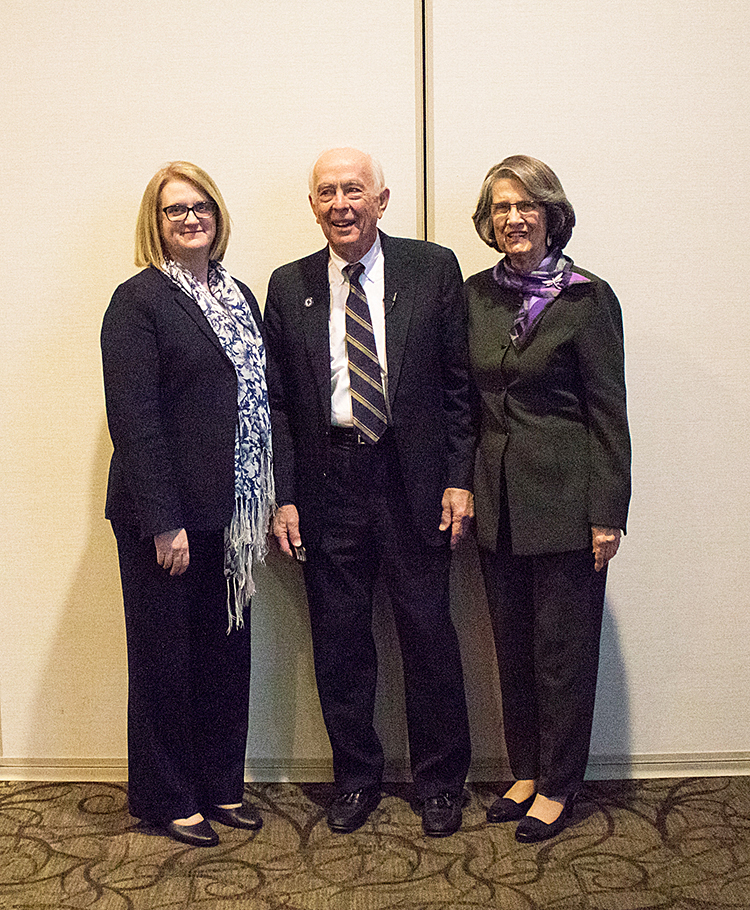 Bob Archer, ‘61, is CEO and owner of Kent Watersports and its branded companies O'Brien International, Connelly Skis, HO Sports Company, Liquid Force, Absolute Outdoor, Barefoot International, Nash Sports/Hydroslide, Arbor Collective and Aqua Sports (Houjie, China). Kent Watersports was purchased from Brown Group International of St. Louis in 1981 as a highly leveraged buyout by a group of six entrepreneurs led by Archer. Since 1981, Kent Watersports has acquired 35 companies and divested only three. The company makes and sells more life jackets than any other manufacturer in the world. The companies also sell water skis, wakeboards, wake surfers, recreational water inflated water tubes, ropes, stand-up paddle boards, knee boards, snowboards, ballast bags and branded apparel. Archer serves on the Ashland YMCA Board of Trustees, the Huntington Bank Regional Advisory Board and the Ashland University Board of Trustees. He is involved in scholar athlete and scholar musician scholarships in New London and Ashland, Ohio.

Pictured above: Bob and Janet Archer (right), with Deborah Spake, dean of the College of Business Administration