When she was just a little girl, Michalene Hughley learned the value of hard work and persistence.

When she was just a little girl, Michalene Hughley learned the value of hard work and persistence.

Raised by a single mother who had minimal parenting skills and was on welfare, Michalene took care of herself, her four brothers and their home in Warren during the turbulent 1960's.

By the time she was 16, Hughley had two children of her own, and was struggling to care for her family and complete school. But she always did well academically, and through sheer determination managed to graduate from high school. She even received a four-year scholarship from a minority civic league to attend college. However, after just a year, the league pulled the scholarship when they discovered that she was an unwed mother. Says Michalene, "I dropped out of school and decided then and there that I would pay for my tuition myself, so that no one could take it away from me in the future." Over a period of seven years, Hughley worked and attended Kent State University at Trumbull and Youngstown State on and off as finances allowed, and graduated from YSU with a liberal arts degree.

In the intervening years, Hughley has worked at various state and county agencies as a social worker. She is not a wealthy woman by any means, but feels very strongly about helping others. "There have been a lot of angels who have helped me along the way when they didn't have to. Hands were extended to me, and I feel that I need to give back," she says. Hughley has established a named scholarship through her estate plan. She will also be making cash donations from her savings annually to help cover the cost of a student's books.

"I set up the scholarship because I see how expensive college is for people today," she says. "It's going to be awarded to non-traditional students -- men and women who are raising children while going to school. I want to show people that no matter what you have, you can still set something aside and help others. I want to make a difference in somebody's life. Even if it's only one person's life, that's what God put me here to do."

Michalene Hughley plans to retire next year -- after 50 years in the workforce -- and is celebrating the milestone with her scholarship. She still plans to work at something, though, so that she can continue to build the value of her fund. Says Hughley, "I feel that more people need to reach back and pull someone forward. It only takes a little bit -- I know there are people who can give much larger amounts -- but if everyone just did a little bit, it would make things a lot better." 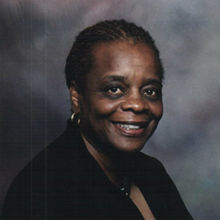