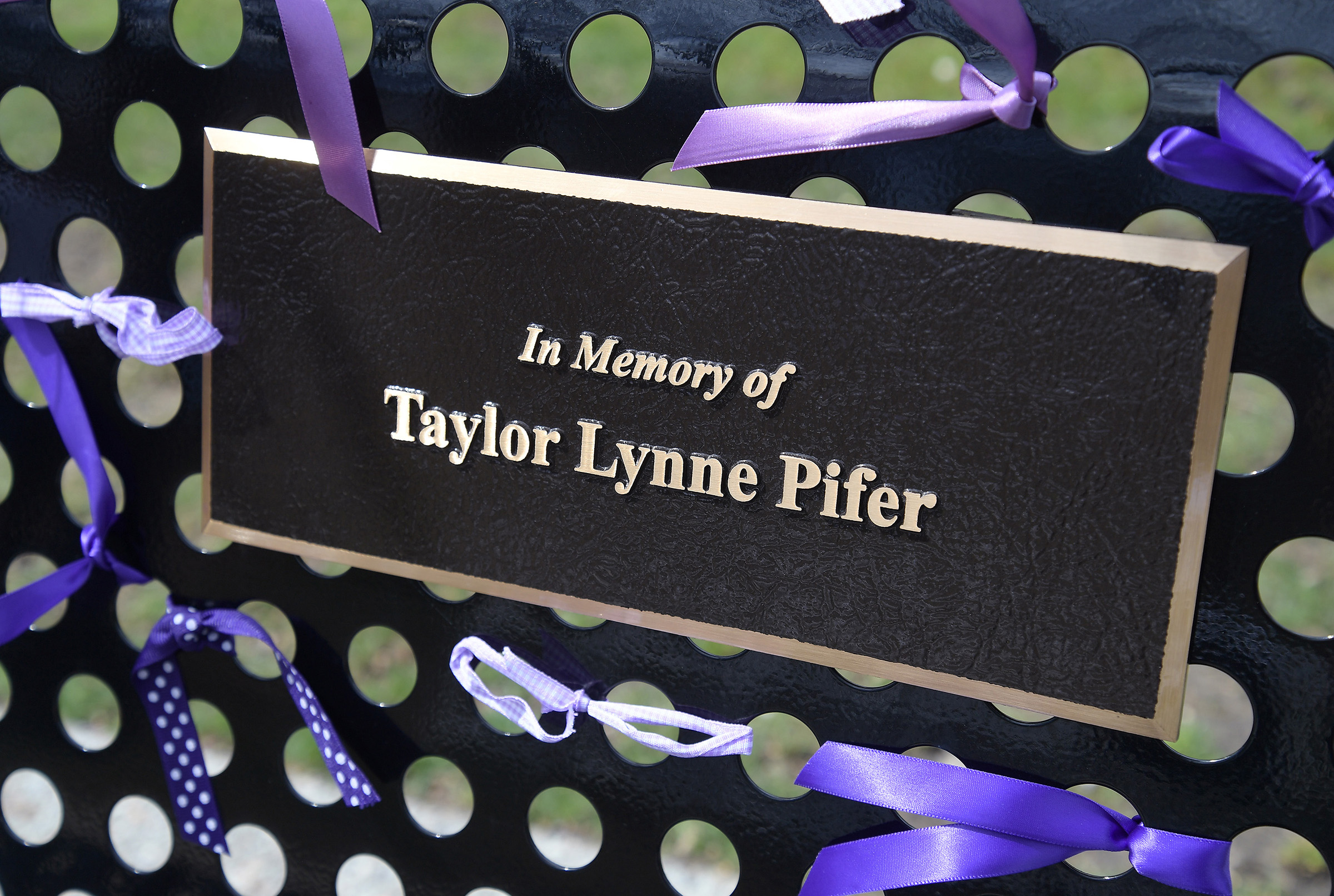 ler, wanted to work toward honoring Taylor’s memory. Erica contacted the university and Valoree Vargo, Kent State’s senior associate vice president and COO, advancement operations, worked with the group to ensure they could honor their friend.

“They had considered having a bench dedicated to Taylor installed outside of Rockwell Hall, where Taylor would have spent her senior year,” Vargo said. “As it happened, this wonderful swing bench was already in the works at Rockwell. Once Erica and the others saw the swing they loved it, and it was decided that this was what we wanted to work toward naming in Taylor’s honor.”

Erica and Samantha, along with friends Katelyn Bobak, Dale Kostar and Zac Wilson, began fundraising for the dedication in November 2017, during Kent State’s Giving Tuesday initiative. During Giving Tuesday, Kent State alumni and friends are empowered to advocate and raise funds for Kent State-related causes that are important to them. For Taylor’s friends, that cause was creating a space people could visit and remember Taylor.

Through this effort, over $8,000 was raised in Taylor’s honor, more than enough for the swing dedication. The additional funds have been donated to the Taylor Pifer Memorial Scholarship in the Fashion School, which was established by Taylor’s father and step-mother, Brian and Sonya Pifer, shortly after Taylor’s passing. Through these two gifts, Taylor’s memory will live on in perpetuity.

“This is all about a student who was special to us here,” said Leigh Greenfelder, assistant vice president of advancement communications at Kent State. “A tragedy such as this is truly heartbreaking for the community, and the ripple effect of losing a student runs deep. We're just thankful we could do something to celebrate Taylor; to leave a lasting impression of her here on campus where her friends, family and campus community can connect to her.”

“I struggled with the fact that one of the nicest people I knew was gone, and what does that say about the type of world we live in,” Erica said during the dedication ceremony. “My little brother reminded me that her kindness could be spread even without her here. I just wanted a place where we could all go to remember her.”

Now, Erica and other friends and family can have a seat on a swing beside Rockwell Hall, and quietly reflect on someone who had a tremendous impact on their lives.

"So long as the memory of certain beloved friends lives in my heart, I shall say that life is good." --Helen Keller

Read more about the impact of giving.