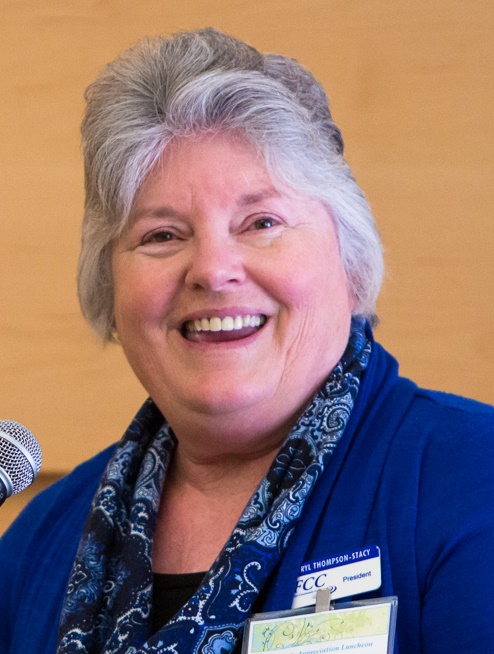 “It is so rewarding to see students that I have worked with very closely achieve success in their chosen career fields. To think about the role that you played in those students achieving that success is just so heartwarming. It is a wonderful feeling to know that you make a difference.”

Dr. Cheryl Thompson-Stacy, ’79, M.Ed. ’82, M.B.A. ’93, president emeritus, Lord Fairfax Community College (LFCC), is a native of Northeastern Ohio, growing up in Mantua. She has provided 35 years of support, advocacy and leadership to higher education, and has dedicated her life to learning and creating opportunity for others to better themselves, their families and their communities.

She earned a Bachelor of Business Administration, Master of Education and Master of Business Administration from Kent State University, along with a  Doctorate of Educational Leadership from the University of Sarasota. She worked at Kent State for 14 years in a variety of positions, including director of academic and student affairs at the Kent State Geauga Campus. Prior to her college presidency at LFCC, she had a variety of leadership positions in the academic space, including the opportunity to serve as the first female president of Eastern Shore Community College in Melfa, Virginia.

During Thompson-Stacy’s presidency of LFCC, the college experienced multiple successes, including: 13% increase in full-time enrollment in the year following her hiring; dramatic spikes in the number of high school students taking dual-enrollment classes; 85% increase in the college’s endowment; and the addition of several new degree and certification programs.

LFCC was also designated as a National Center of Academic Excellence in Cyber Defense by the United States National Security Agency and United States Department of Homeland Security, and it has been recognized four times as the No. 1 community college of its size in the nation by the Center for Digital Education.

Of LFCC’s many achievements throughout her tenure as president, Thompson-Stacy is most proud of the high satisfaction rates reported by both students and employees. For the past seven years, LFCC has been named a Great College to Work For® based on workplace satisfaction surveys conducted by The Chronicle of Higher Education.

Thompson-Stacy is very involved in her community and has served as the board chair of the United Way of the Shenandoah Valley, also chairing the largest United Way Day of Caring community volunteer event. In 2018, she was named the United Way Volunteer of the Year. She is an active member of the Front Royal Women’s Resource Center group and was named the 2015 Woman of the Year by the American Association of University Women. She was also proud to be named to the Alumni Hall of Fame at Crestwood High School in Mantua, Ohio.