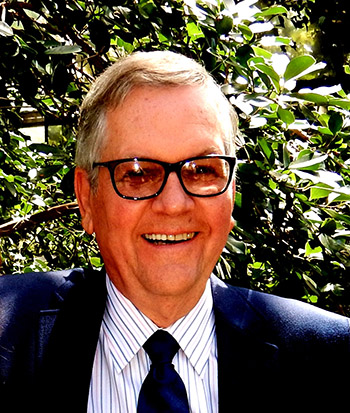 "I am motivated by the need to be certain that as many people as possible are aware of the beauty of the world we live with, and that they (students, colleagues, friends and family) are given the opportunity to 'brush elbows with nature.'"

Dr. David M. Jarzen, ’67, M.A. ’69, is a paleobotany and paleoecology research associate at the Cleveland Museum of Natural History. Born in Cleveland, Ohio, he grew up cultivating an early interest in biology and natural history of the cool-temperate environment. He earned a Bachelor of Science in 1967 from Kent State University majoring in Biological Sciences, and two years later earned a Masters Degree in Botany. In 1973, he was awarded a Ph.D. in Geology from the University of Toronto.

His work incorporates a global view, aiming to understand the evolution of plant life during earth's history, with an emphasis on fossil floras recorded from the Paleogene, Neogene and Cretaceous periods. He has published approximately 400 scientific papers, including refereed papers, popular articles and professional reports. Jarzen is listed in American Men and Women of Science, Who’s Who in Ontario (Canada), Who’s Who in Canadian Science, Who’s Who in Science and Engineering, as well as Who's Who in America and Who’s Who in the World. His work has been incorporated in several radio and television productions, including CBC's "Nature of Things" with David Suzuki, PBS' "NOVA" series, the NHK (Japan) series "The Miracle Planet," the National Film Board of Canada and the Discovery Channel.

Jarzen also designed and developed the Palynology and Paleobotany databases at the Canadian Museum of Nature (Ottawa, Canada in co-operation with the Canadian Heritage Information Network (CHIN)). They have been used as a hallmark for several collection databases at the Canadian Museum of Nature and elsewhere in Canada and the United States. At the Florida Museum of Natural History (University of Florida) he restructured 300,000 specimens in the Paleobotany/Palynology Collection, including a 7,700 specimen collection of extant reference pollen, spore and phytolith slides. Jarzen has raised the museum’s standards for research and display to be on par with other quality museums. Additionally, while at the Marie Selby Botanical Gardens in Sarasota (2002-2003), he enriched the cultural level of educational programs and introduced the gardens and community to internationally respected speakers through his speaker’s bureau and lecture series.

Jarzen has been a member of 34 learned scientific societies, including the prestigious Explorer’s Club, as well as the honorary scientific society, Sigma Xi. From 1987-1988, he was an invited visiting scholar to the Department of Geology & Mineralogy  at The University of Queensland, Brisbane, Australia, and was again an invited visiting scholar at the Botany department of the same university in 1991 and 1994. In 2005, he was invited to Australia once again, this time to work with colleagues at the Queensland Museum in Brisbane, Queensland. A short-term appointment as a member of the graduate faculty, Anthropology department at Kent State in 2017 tapped his research interest into the early history of humans.

In his free time, Jarzen enjoys music that enhances the soul, nature photography, watching trains, satirical writing, botanical illustration and all aspects of natural history. With his best friend, field partner and wife, Susan, he explores the natural history of the world at every opportunity.