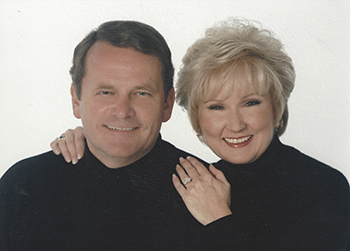 “Both of us received a great education at Kent State, and also developed leadership skills that have served us well.  Our gifts [are] intended to make the same opportunities for future generations of Kent students.”

Since earning their degrees at Kent State, the Mancinos have made a notable impact, both professionally and philanthropically. Mrs. Mancino served as divisional vice president of human resources for May Co and also served as vice president of human resources for The Fashion Channel Network, before committing herself full-time to volunteerism. She has been recognized with numerous award including the Junior League of Los Angeles Spirit of Volunteerism Award in recognition of her volunteer activities, successful fundraising efforts and outstanding contributions to numerous community organization.

A partner at Seyfarth Shaw, LLP, an international law firm, Mr. Mancino became a nationally recognized expert in health care, tax and non-profit law. Among other achievements, Mr. Mancino has been recognized as a Best Lawyer in America by Best Lawyers, LLC, which also named him Lawyer of the Year for Health Law in Los Angeles in 2011 and Lawyer of the Year for Non-Profit/Charities Law in Los Angeles in 2012.

They have both been dedicated to service through generous personal philanthropy and active leadership, and have helped make a difference for many civic and charitable organizations. The Children's Burn Foundation, stands out as an organization near and dear to their hearts, which the Mancino's have served with over 25 years and helped grow into an internationally recognized organization.

The foundation reaches more than 70,000 children and families annually, providing state-of-the-art reconstructive treatment, emergency family assistance, survivor and family camps, counseling, a teen support program and prevention and education programs. Mrs. Mancino is a founding president of The Council and board of trustees member. Both have served on the board of trustees, with Mr. Mancino having served as board chair for twenty years.

They both wished to continue to provide guidance and support to the philanthropic goals of Kent State. They have funded a scholarship and also recognized Kent State’s Fashion School as a national leader in higher education. As such, in 2018, they provided Kent State with a generous gift which helped support the renovation and expansion of Rockwell Hall, home of the Fashion School.