Our Story
Lucas played football and Katie was on the softball team from fall, 2001 until they graduated in May, 2005.  They met during their freshmen year at a mandatory study table session, but didn’t start dating until their senior year. They were both injured and had to spend many hours in the training room together. This is where the romance started!

Staying Connected to Kent State Today
Both Katie and Lucas support athletic events and are members of the Blue & Gold Club. In fact, they learned they were expecting twins while at the GoDaddy.com Bowl. This photo was taken during the 2013 football season opener against Liberty University. 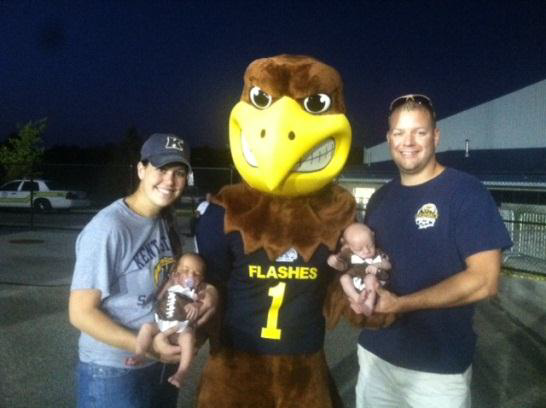