Our Story
It was the fall of 1967,  I had just moved into Dale Village Apartments third floor. My roomie and I had nothing to do since classes hadn't started. We heard some guys working on something in back of the apartment building.  when we opened our window, we saw that they were building something for their apartment. We were feeling adventurous and dumped a bucket of water on their heads. Turned out that they lived below us. Later that day, we were in their apartment visiting, when one of the fellows we dumped the water on came in. He was tall, blonde, and very handsome. We quickly hit it off and started dating.

The Proposal and Marriage
Our roommates ended up marrying each other, and we married four years later. Who would’ve known what a bucket of water would do?

Staying Connected to Kent State Today
We occasionally visit Kent to go to The Pufferbelly or Ray's Place. 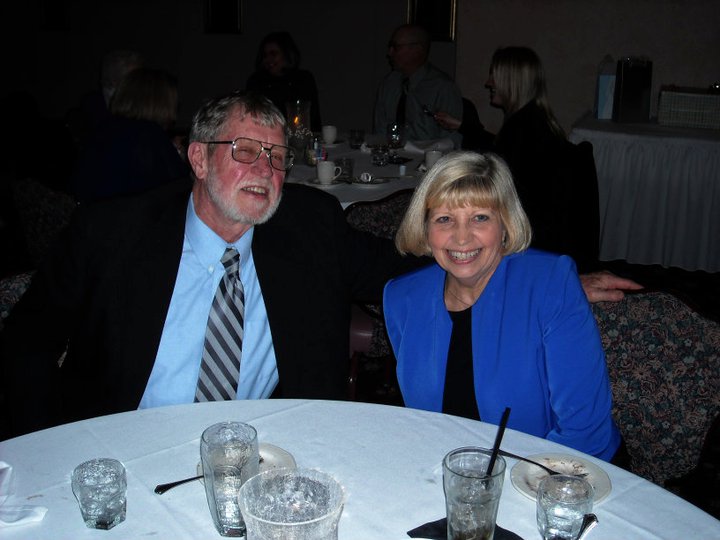