A Trip Down Memory Lane – History of the Robin Hood 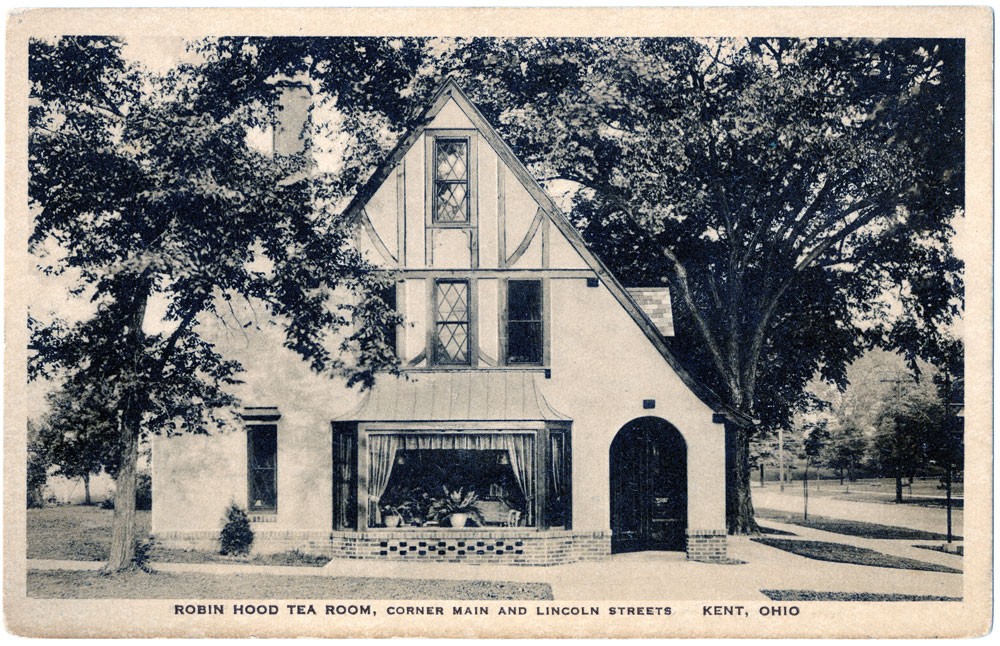 Above: The Robin Hood Tea Room circa 1927. Below: The Robin Hood Inn circa 1950s. Postcard images courtesy of Kent Historical Society, as seen in Greetings from Kent, Ohio: A Postcard Portrait of the Tree City by Roger J. DiPaolo. 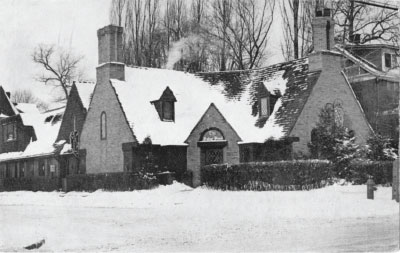 Thanks for the Memories

A brief paragraph in the May 5, 1927 Kent Stater announced the opening of a new business in the town of Kent: “The Robin Hood Tea Room, at the corner of Lincoln Ave. and East Main St., under the management of D. G. Miller, former Kent boy, opened Wednesday with throngs of college students visiting. It is expected that the new tea room will become a rendezvous of college faculty and students.”

Initially housed with the first campus supply store and first contract post office in the building that later became Capt’n Brady’s (and now houses Starbucks), the Robin Hood Inn was relocated across Main Street in the 1930s.

It evolved from tea room to restaurant to music venue to bar and grill under several owners (and a number of names) before it closed its doors for good in the summer of 2010. Demolished upon request from the property owner on May 12, 2011, all that remains now is an empty lot.

Throughout its existence, however, the Robin Hood Inn was a beloved gathering spot for generations of Kent State students and locals whose memories are as varied as the Robin Hood’s history.

Kent State alumni from the ’40s and ’50s recall the Robin Hood Inn as a fine dining establishment—the place to go for family visits or special dates. For Karen Silz, it was where her parents, Frank and Helen (Scott) Lukas, BA ’44 , met in the 1940s. “He spotted my mother, a Kent State co-ed seven years his junior, as she waitressed in the Robin Hood and decided she was the one for him,” she says. “They were married 63 years.”

Over the decades, the Robin Hood served as a meeting spot for fraternity and sorority councils, as well as for local groups such as the Kiwanis Club, who met there regularly in the ’60s. Later, it was a music venue for local bands, some of which became known nationally in the ’70s and ’80s. It became a go-to hub for comedy in the late ’90s. And many groups of friends remember sharing the infamous Robin Hood buckets of beer.

This Kent landmark was demolished in an afternoon. But for the Kent State community, the memories made at the Robin Hood will last a lifetime. ∼

Send us YOUR Memories:

Share your story of the Robin Hood! Email magazine@kent.edu and put Robin Hood in the subject line. Please include your degree, class year, and city/state if applicable.