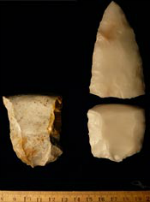 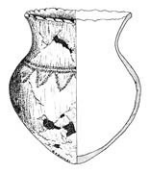 Where the Past Comes Alive

Archaeology is the study of past human cultures and is based on interpreting the physical remains that have been left behind: buildings; tombs; tools; and other objects of everyday life. Over the past 125 years, archaeology has developed a distinct methodology, somewhat akin to the work of detectives at a crime scene, for reconstructing the past from the material evidence. Although sharing with history a concern with the past, the focus in archaeology is more on what people actually did rather than on what they say they did in written texts. For societies with no written records, archaeology is the primary means for establishing the past. Since it focuses on the powerful, as well as those who actually did the work, it has sometimes been said that archaeology is more democratic than history.

Today, American archaeology derives its theoretical framework from anthropology, and most archaeologists are trained in that discipline. An appreciation of cultural diversity is one of the fundamental tenets of anthropology and has been so since the 19th century; the focus of anthropological archaeology at KSU is consequently cross-cultural, comparative, and highlights cultural and ethnic diversity, as well as gender, as they relate to past human societies. Important themes in archaeology at KSU include time, change, the linkage of the past to the present, stewardship, and ethics. We learn about ancient societies and how this process teaches us about ourselves. We celebrate the great innovations and undertakings of our ancestors on all continents, and encourage students to explore and respect the cultural differences that result. Archaeology is an important part of preserving, enhancing, and sharing cultural heritage.