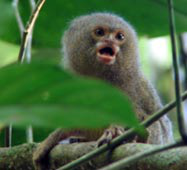 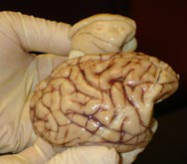 The Study of Humans: Structure and Evolution

Biological Anthropology is the study of human structure, variation, and evolution. It has been radically transformed in recent years because of the virtual explosion of knowledge that has occurred in the natural sciences. In the past, much of what used to be called “physical anthropology” was largely descriptive and involved detailed accounts of human fossil discoveries, measurement of the human and primate skeleton, dissection of primate cadavers and description of their anatomy, and some field studies of behavior. Today, Biological Anthropology is really a specialized form of biology whose target is understanding human evolution. To that end, a vast new variety of approaches are available, from comparing the genomes of different primates and mammals to determine their degrees of relatedness, to study of the collagen orientation in ancient human fossils.

At Kent State we place heavy emphasis on the more purely biological aspects of human evolution. Our current studies include such topics as New World monkeys as agents of seed dispersal, the ultrastructure of the human and great ape cerebral cortex, the potential role in balancing selection against disease played by the gene causing cystic fibrosis, the locomotion of late Pliocene hominids such as Ardipithecus ramidus, and the role of the PTHrP loop in determining whether bones with epiphyses have different gene expression and receptor profiles than those which do not. Many students who complete their M.A. degree at Kent State move to the Ph.D. program in Biological Anthropology operated by the Division of Biomedical Sciences in cooperation with the Northeast Ohio Universities College of Medicine and the Cleveland Clinic. This program has dozens of graduates who are currently working throughout the world in a variety of specializations within Biological Anthropology. Together all these researchers (and now their own students) are unveiling the biological history of the human species.