We continued to make much progress with the experiment this week. Roy not only quickly completed his second reversal but he also managed to quickly pass his fifth object discrimination and started his third reversal on Friday. He seems to have learned the trick with reversals and they no longer anger him which is good for both of us. Yann completed his second reversal this week as well and continues to demonstrate to us that he is very smart and can do anything that Roy can. Both Tom and Tokiko reached and passed their third object discrimination task Friday. This means both will start their first reversal on Monday. I am a little worried to see how they will do with the reversals but hopefully they will both do great.

This Saturday, several members of the lab invited me to go with them to see a fireworks festival in Gifu. I was really excited to see fireworks especially because I wasn’t able to see them back home this year. We arrived in Gifu in the early afternoon and went to lunch at a soba restaurant. Soba is a type of noodle made from buckwheat flour and during the summer time, when it is very hot, soba is eaten cold alongside a dipping sauce. It was my first time trying soba and I quite enjoyed it. After lunch, we went to a different restaurant to try their soba ice cream. I was initially very skeptical but it turned out to be extremely delicious. Afterwards, we walked to the area where the fireworks were to be let off and we spent some time trying to decide on the best location to set up our tarps. Along the streets, food vendors had set up stations to sell food. We bought our dinners from these vendors and we sat down to wait for the fireworks to begin. The fireworks began at 7:30 pm and went on for over an hour. The fireworks display was amazing and is the best display I have ever seen! I am officially spoiled and will compare all future fireworks shows to this one. 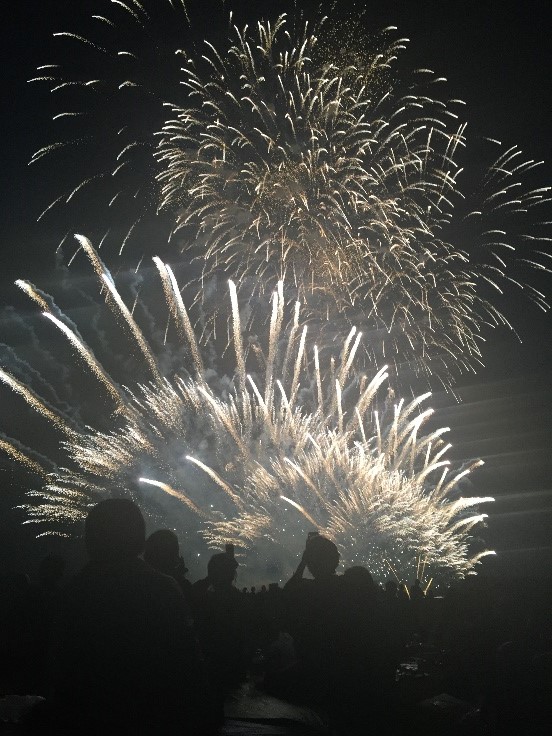 I had planned to do some traveling in August prior to arriving in Japan and since Kyoto was such a beautiful city, I decided to spend another day there enjoying the sights. I was a little nervous traveling to Kyoto since this trip would be my first in Japan on my own and as some may know, I am not very good with directions. However, everything went smoothly and I arrived in Kyoto a little before noon. The first stop on my agenda was Nijōjō castle. The castle and the surrounding garden were beautiful. I spent a lot of time just walking around admiring everything. You were able to enter Ninomaru Palace and see many beautiful murals. Though most of the murals in the palace were replications, a few of the originals along with some pottery which was dug up in a recent archaeological excavation were on display in a separate building which I was able to go through as well. Unfortunately, you could not take any pictures of the murals so I ended up buying a replication of a mural as one of my many souvenirs. 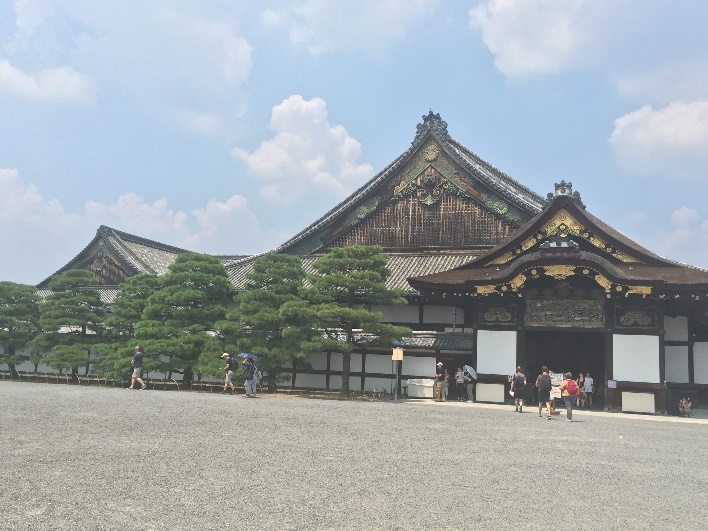 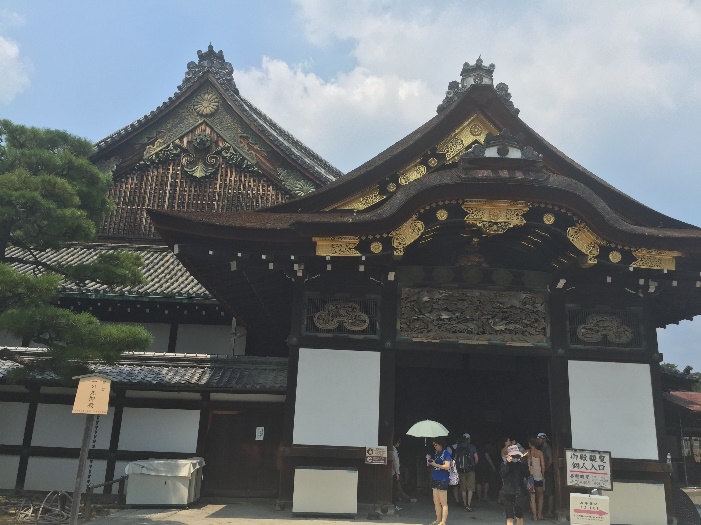 After the castle, I then decided to head to Kinkakuji, the Golden Pavilion. This site was absolutely stunning. The pavilion was absolutely beautiful and I am very glad I decided to make this last minute trip to see it. 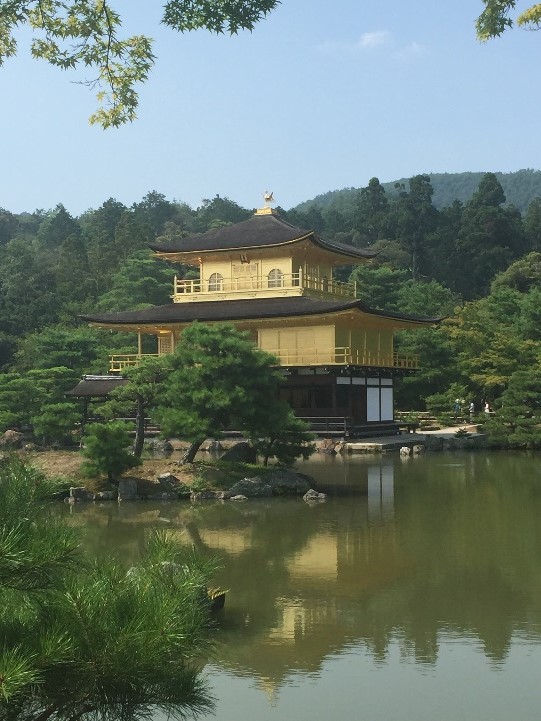 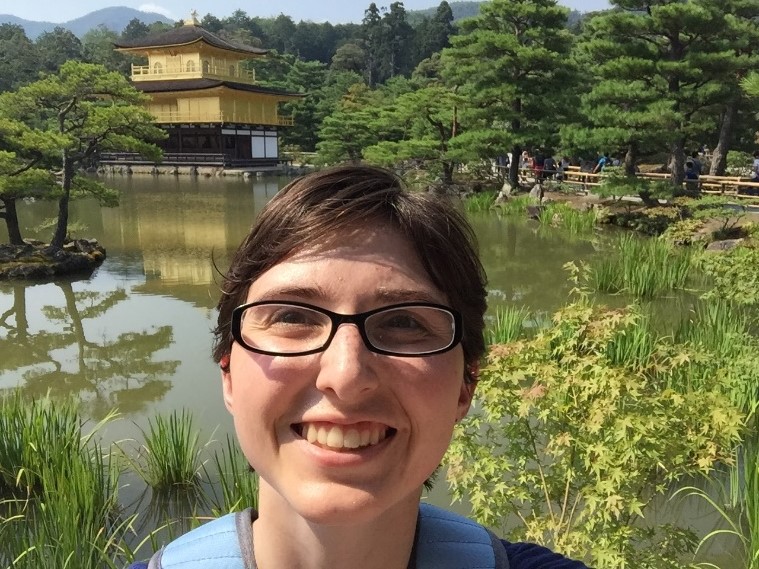 After visiting the pavilion, I went to do some shopping in the hopes that I could finally complete my list of souvenirs that I am bringing back for my family. Once I bought my last gift, I decided to begin my journey back to the PRI.

This weekend was very tiring but extremely worth it. The fireworks were amazing and Kyoto is turning into one of my favorite cities.