Emily's sixth blog post from Japan- research, Congress of the Primate Society of Japan, and more!

This week, both Tom and Tokiko reached and completed the last stage of touch training. I was very proud of them. In the upcoming week, we plan to introduce the first object discrimination test to both Tom and Tokiko. As for Yann, he completed his second object discrimination test and he did so a little faster this time. Now, Roy had a rough week. He began the first reversal learning test and he is not very happy with me because of it. Remember that in reversal learning, the marmoset has seen both images in the previous object discrimination in which they learn to associate one image with a food reward, then, in reversal, the award is now associated with the other image. Therefore, the image the marmoset learned to associate with the food reward will no longer give them the treat. So, Roy is so convinced that he knows what the right answer is that instead of trying to touch the other image, he has spent the week trying to fix the experiment apparatus instead. Hopefully, with time Roy will try the other image. Until then, I will continue to sneak him some treats to try and cheer him up after each session.

At the end of this week, I traveled to Kyoto with Dr. Nakamura and another colleague from our lab to attend the 31st Congress of the Primate Society of Japan being held at Kyoto University. We planned to leave the day before the meeting in order to see some of the festivities of the Gion Festival, Kyoto’s biggest and most important festival, and one of the biggest festivals in Japan. Now, I’m not sure how many of you paid attention to the weather in Japan this week but we were hit by a typhoon Thursday night into Friday. I have never experienced such a weather event so I was a little concerned but luckily, Typhoon Nangka stayed south and all I encountered was a torrential downpour. Though it rained all day Friday, the Gion Festival continued as planned and the parade was still held. I’ve seen many parades in the U.S. and many different types of floats, however, the intricate detail and designs of the parade floats in Kyoto were amazing and the best I’ve ever seen. Even through the rain coverings, you could tell how intricate the floats were. After the parade, we walked to the Art Complex and attended a show. The show was entitled “Gear” and though the show was a completely non-verbal performance, it was still one of the best I have ever seen. 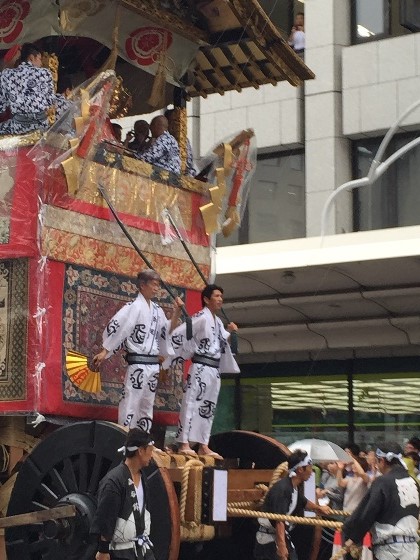 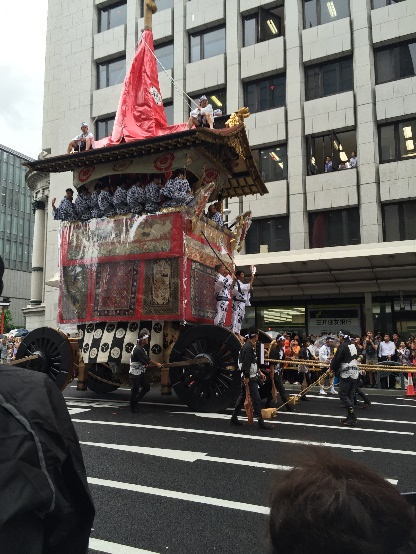 The following day, the rain had gone and in its place was wonderful sunshine, at least later in the day. We first went to Kyoto University to register for the meeting. The campus of Kyoto University resembles many university campuses in the U.S. The image below is in front of the Clock Tower, where the meeting was held. The tree out front has come to be a symbol of the university and can even be found in its logo. 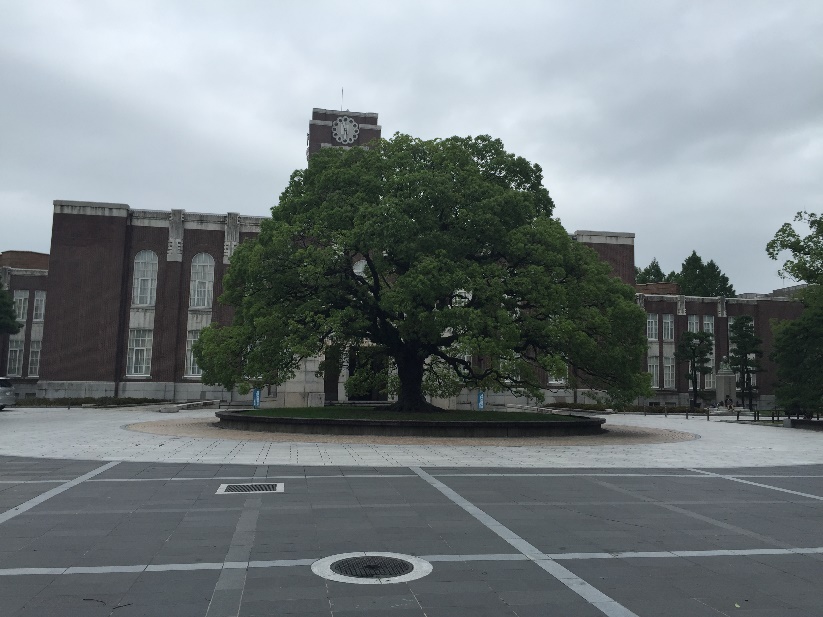 After registration, we went to visit Kiyomizudera Temple which is a UNESCO world heritage site. Kiyomizudera is a huge complex that is built onto the side of a hill. I really enjoyed my time walking around the temple grounds as the whole area is so beautiful. After visiting the temple, we walked around the many narrow and winding streets lined with unique shops. 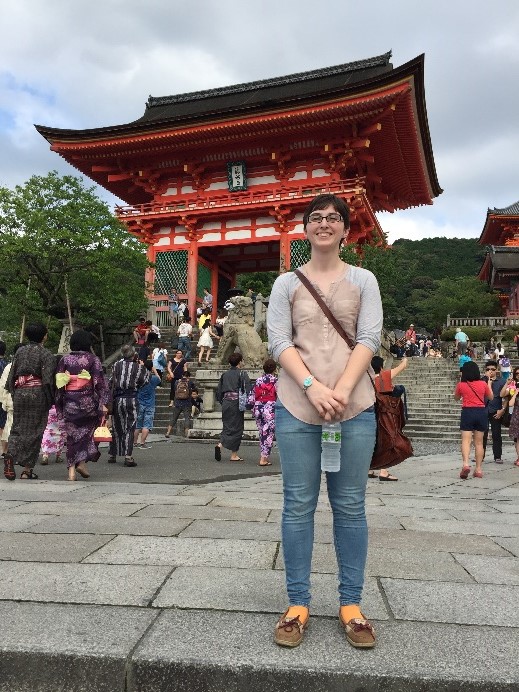 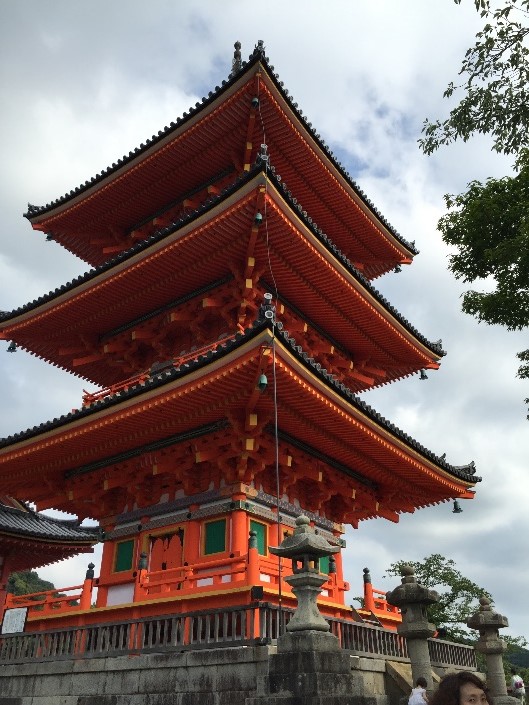 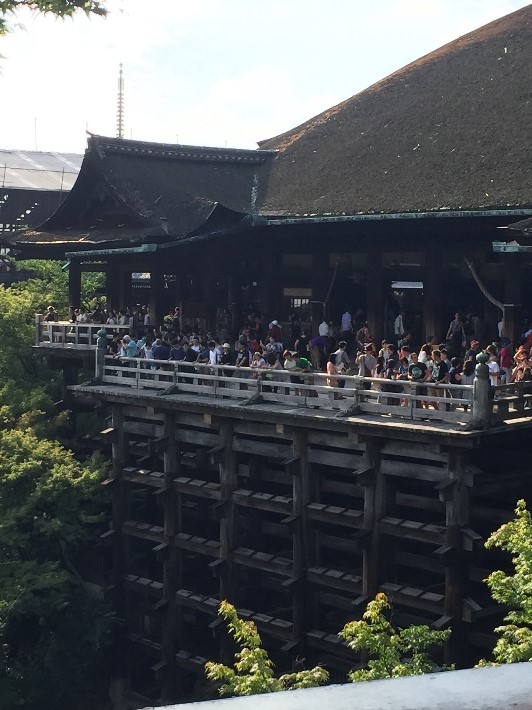 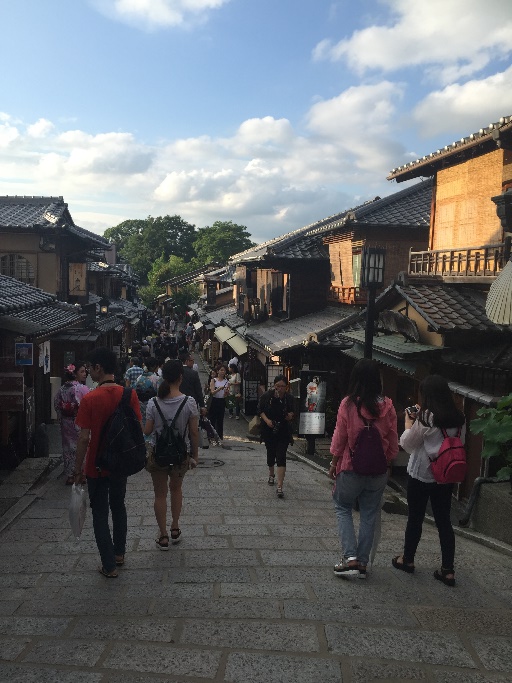 On Sunday, we attended the meeting all day. The meeting, though very small, had a lot of interesting talks and posters. There were sessions held in Japanese and in English. I got to hear many young researchers discuss their work and learn about topics that I’m not very familiar with which was great and very interesting for me.

During my last day in Kyoto, I spent the morning shopping for souvenirs. I think now, I have most people checked off my gift list. In the afternoon, we went to visit Fushimi Inari Shrine. This shrine is absolutely stunning with the innumerable number of vibrant vermillion torii However, I was not fully prepared for the amount of walking there is at this shrine but I really wanted to reach the top. The climb was amazing as the walking path is lined with torii gates and many smaller shrines can be found throughout your journey. 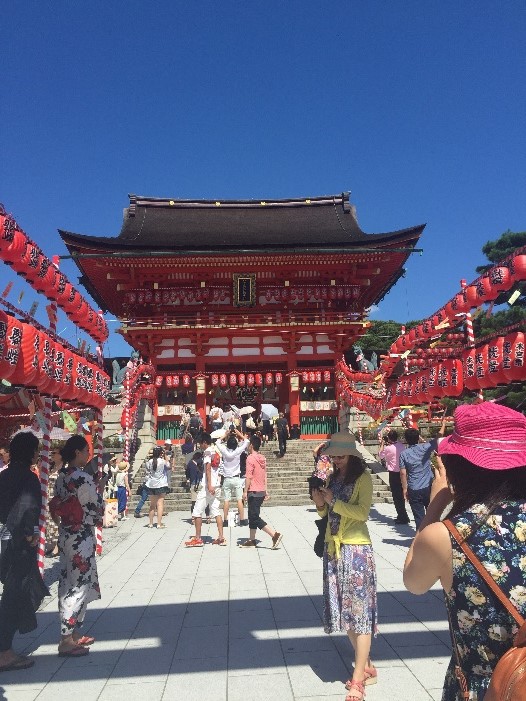 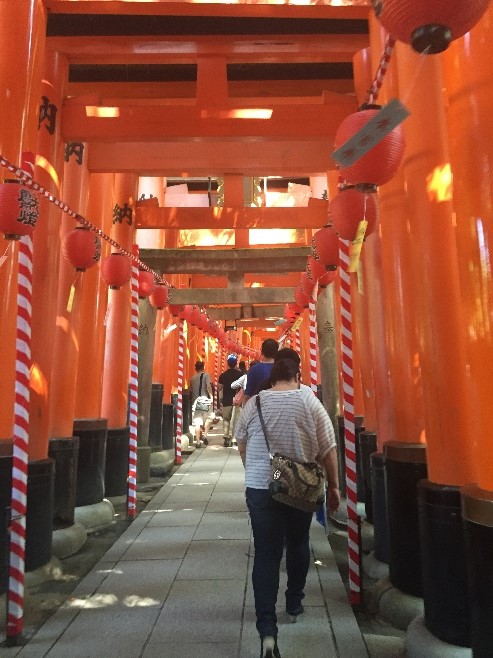 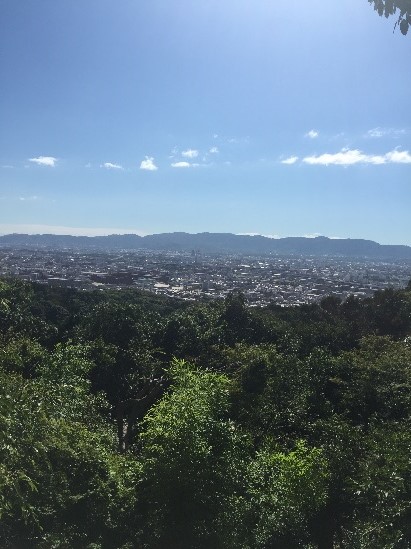 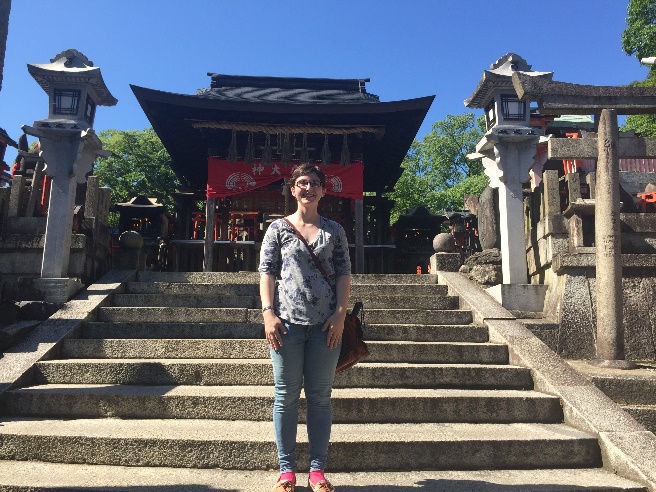 After the shrine, we returned to Inuyama where I am ready to continue working with the monkeys. I really enjoyed my time in Kyoto and maybe I will return in August before I leave to come back to the states.