Danielle Jones reports in from Japan!

My name is Danielle Jones and I am a master’s student of anthropology at Kent State University. Welcome to my EAPSI Japan blog! In the following posts, I will keep you updated on my cultural and scientific journey in Japan. By the end, I hope to reveal new and exciting findings regarding the biological basis of aggression in macaque monkeys, so please stay tuned. Specifically, I will be investigating the MAOA gene and its potential relationship to aggressive behavior. This particular gene has consumed my thoughts for many months, as it is central to my primary interest: the neurochemical modulation of social behavior.

Traveling to Japan and my Arrival

I arrived at the Cleveland airport ~2.5 hours before my flight. After passing through security, I bought my last American bagel and read a book as I waited to board the plane. It took ~14.5 hours total to fly to Japan. At some point, I lost all track of time and before I knew it the pilot announced that we would land at Narita Airport, Tokyo in one hour. I worried that I would get lost in the airport, but I found it to be very efficient, fast, and filled with helpful staff. As I made my way to the hotel shuttle bus, I ran into other JSPS fellows. After staying one night at the airport hotel, we traveled to Sokendai Graduate University for Advanced Studies to begin orientation week.

The Sokendai faculty, students, and staff were extremely gracious hosts. They provided us with wonderful guidance throughout our week of activities. The university is located in beautiful Hayama, where there are views of Mt. Fuji on clear days. During orientation week I met many graduate students from all over America, Canada, and Europe, all studying different sciences. Throughout the week we listened to special lectures from Sokendai faculty, learned Japanese, took a trip to Kamakura (my favorite city in Japan thus far), had a homestay experience, and took part in Japanese cultural activities. If I were to describe every activity in immense detail, this blog entry would be far too long. Instead, I will share with you my favorite photos from orientation week.

Kamakura is lovely. There are blocks upon blocks of cute shops, delicious food and sweets, and it is on the coast so those who live there enjoy sailing, paddle boarding, and wind surfing. We visited the Daibutsu (“Big Buddha,” pictured below), the largest Buddha in Japan. 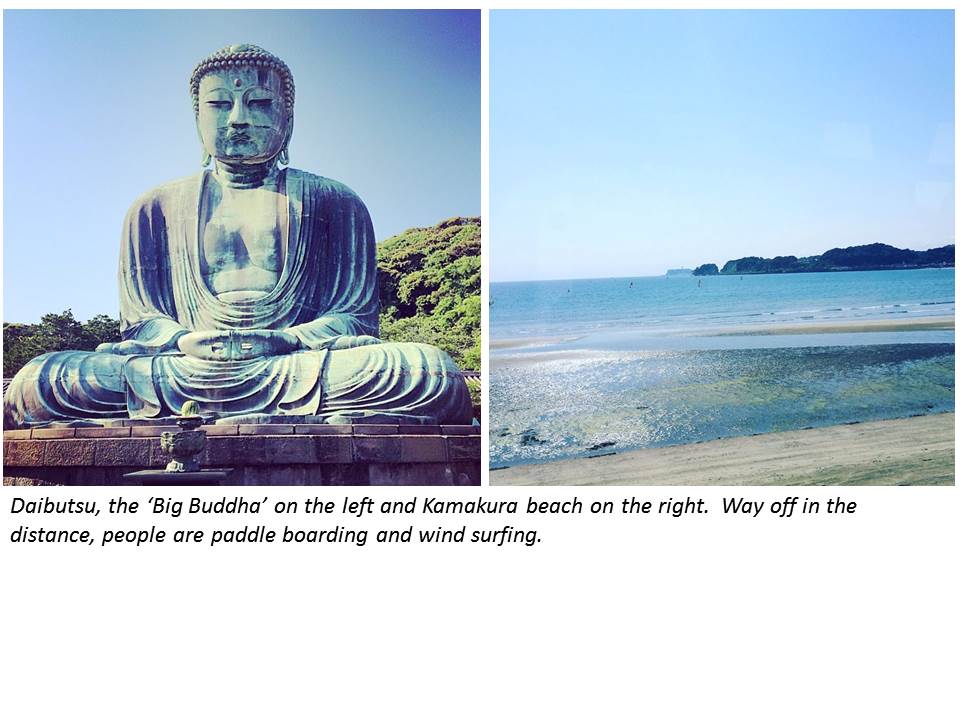 Homestay with the Sagara family in Kamakura

My host family welcomed me into their home and really made me feel as one of the family. We ate delicious food, of which my favorite was Okonomiyaki, a sort of Japanese-style pancake mixed with vegetables and meat. They made their own plumb wine and shared it with me. It was the best wine I have ever had, very sweet. They also had a dog, named Jen, who I could not snag a photo of because he was very energetic and on the move. (I love dogs.) My host mom and dad took me to Tokyo, where we took in all the sights and went to an organic market with many food trucks. We also visited an owl café, which is exactly what it sounds like: a café with owls! We held them, fed them, and basically just hung out with them for about an hour. The one I held was named Bolt and was quite small.. On the final day of my homestay, my host mom, Asako, took me to Enoshima Island where we went to a lighthouse with expansive views from the top and an aquarium. Midday it began to rain so we ducked into a delicious ramen shop for lunch before she took me back to Sokendai. Ramen is never a bad idea, but it was especially good on that windy, rainy afternoon. My host family and I enjoyed each other very much and we plan to keep in contact. 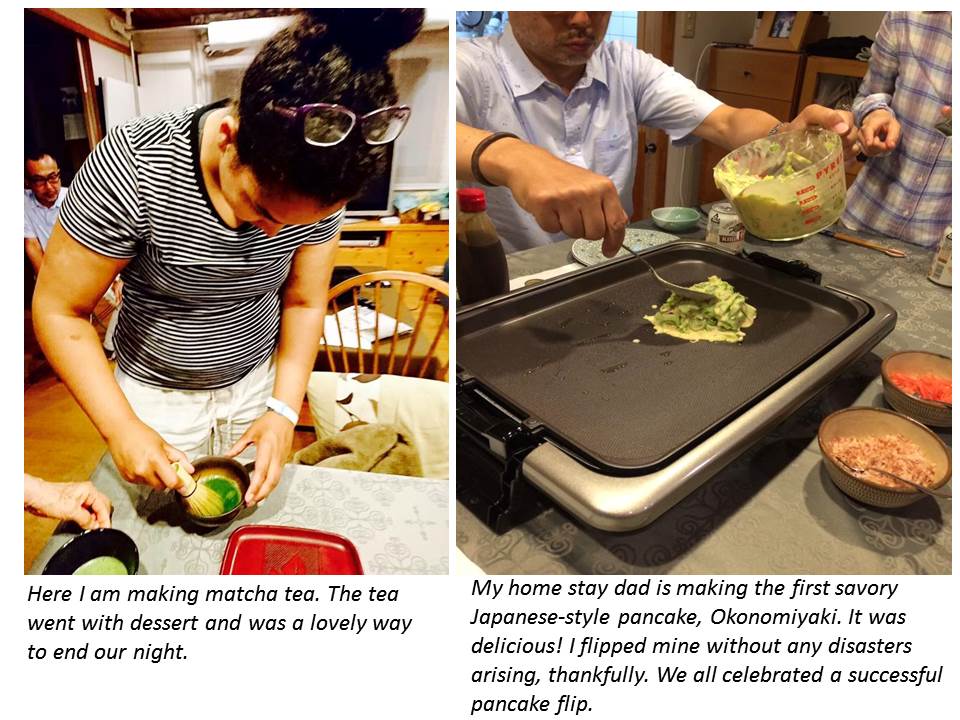 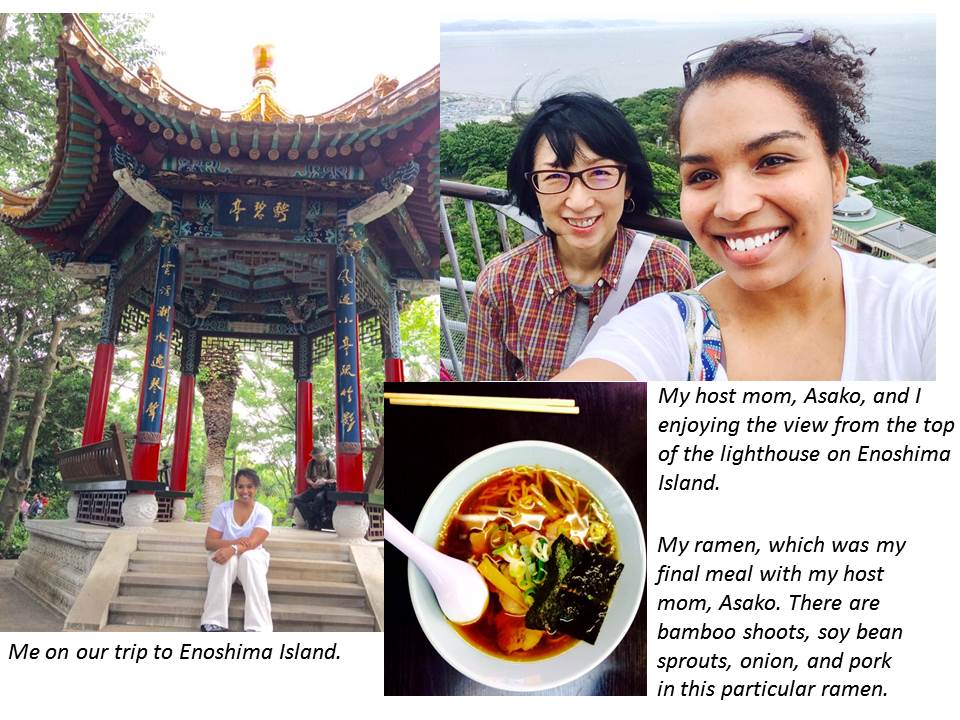 I just arrived at the Primate Research Institute, Kyoto University yesterday (June 20). Today I begin working in the lab on genetic analyses. Check back next week to hear about my first few days in the lab!