Dr. Kohji Hirata, Director of the Japan Society for the Promotion of Science (JSPS) Washington Office (http://jspsusa.org/wp/), and Mr. Masahiro Ueda, International Program Associate, visited Kent State for two days in November.  JSPS is Japan’s main funding agency for the sciences and humanities.  They arrived first to the Anthropology Department, where they toured our neuroscience, osteology, genetics, and experimental archaeology laboratories.

Dr. Hirata and Mr. Ueda then gave presentations to an audience of nearly 150 members of the Kent State community.  They discussed the history of JSPS and the broad spectrum of JSPS support for international collaborations, including fellowships for graduate students, postdoctoral researchers, and faculty.  An extensive question-and-answer session followed in which several attendees expressed an interest to conduct research in Japan.  Two Anthropology graduate students, Mr. Cody Ruiz and Ms. Danielle Jones (former recipients of joint JSPS & NSF funding), then ended with presentations on their studies in Japan in summers 2016 and 2017.

Dr. Hirata and Mr. Ueda continued discussion of the various JSPS programs the next day at a breakfast meeting with the Chairs of several Kent State departments – the meeting was generously arranged by Dr. Paul DiCorleto and Dr. Doug Delahanty, Vice President and Associate Vice President of the Division of Research and Sponsored Programs. As a physicist, Dr. Hirata also had a special interest in Kent State’s Liquid Crystal Institute (LCI).  After breakfast, we introduced him to LCI Professor Hiroshi Yokoyama, who kindly provided a tour.

We deeply appreciate the visit from Dr. Hirata and Mr. Ueda.  Many members of the KSU community are likely to pursue new research connections in Japan through the framework of the JSPS programs. 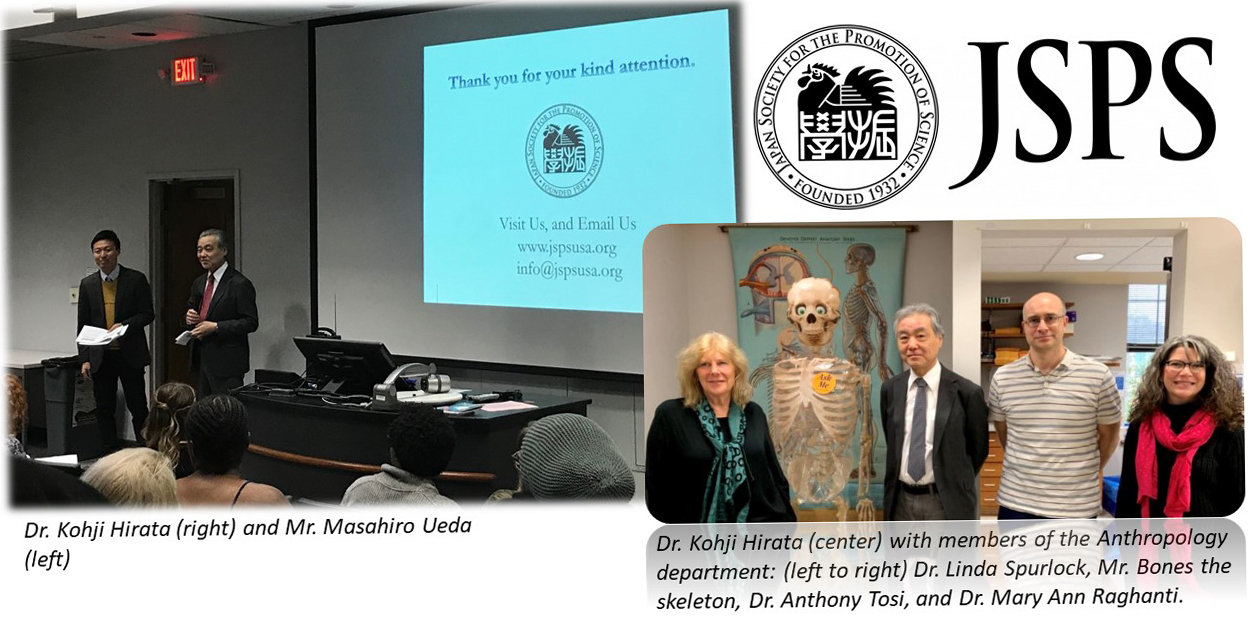 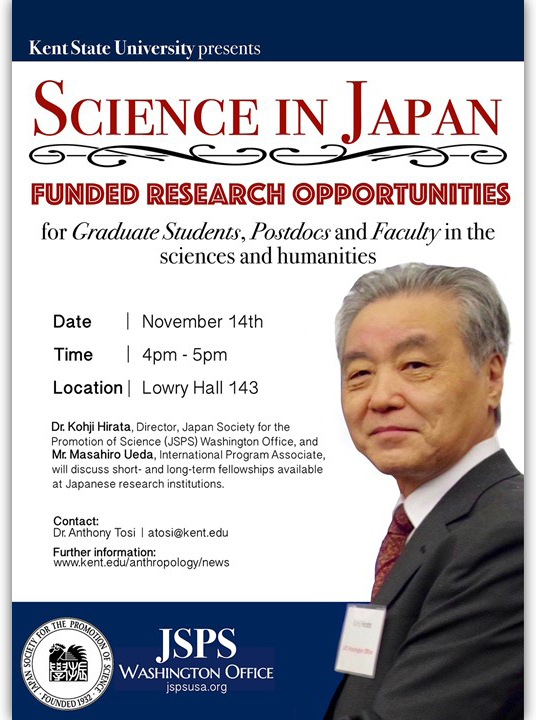