A special symposium in honor of Dr. C. Owen Lovejoy

The 88th meeting of the American Association of Physical Anthropologists (AAPA) was held at the Huntington Convention Center in Cleveland, Ohio. A special symposium honoring the scientific contributions of Dr. C. Owen Lovejoy was part of this year’s program. 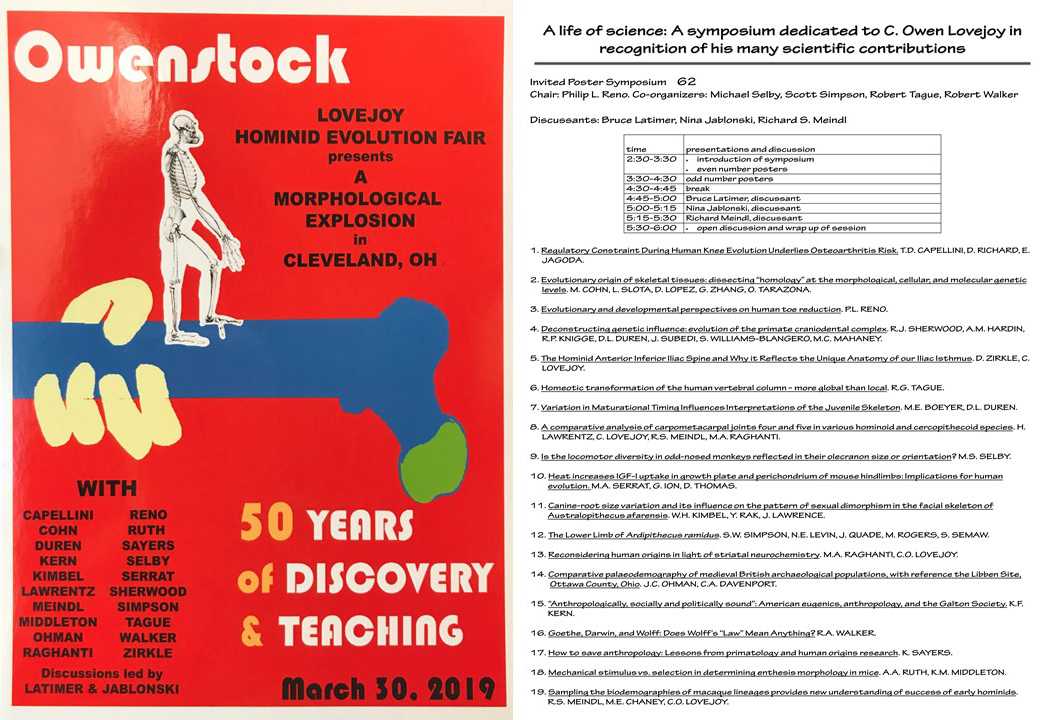 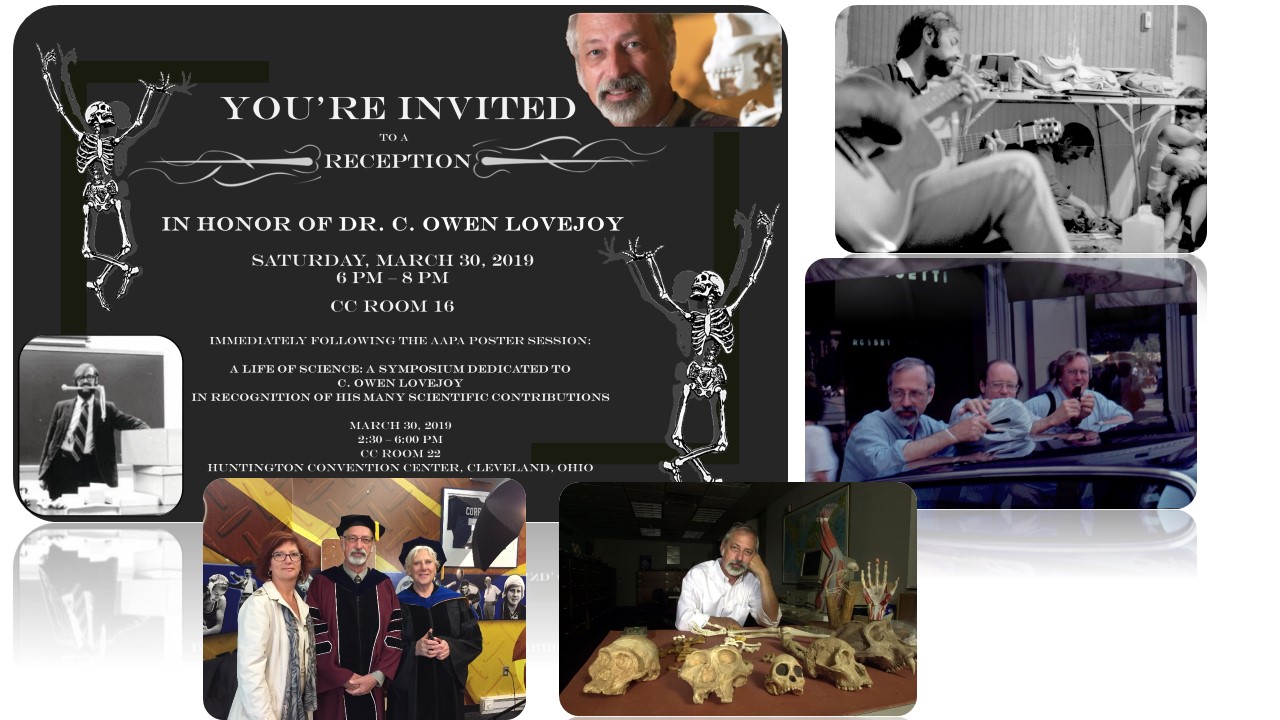 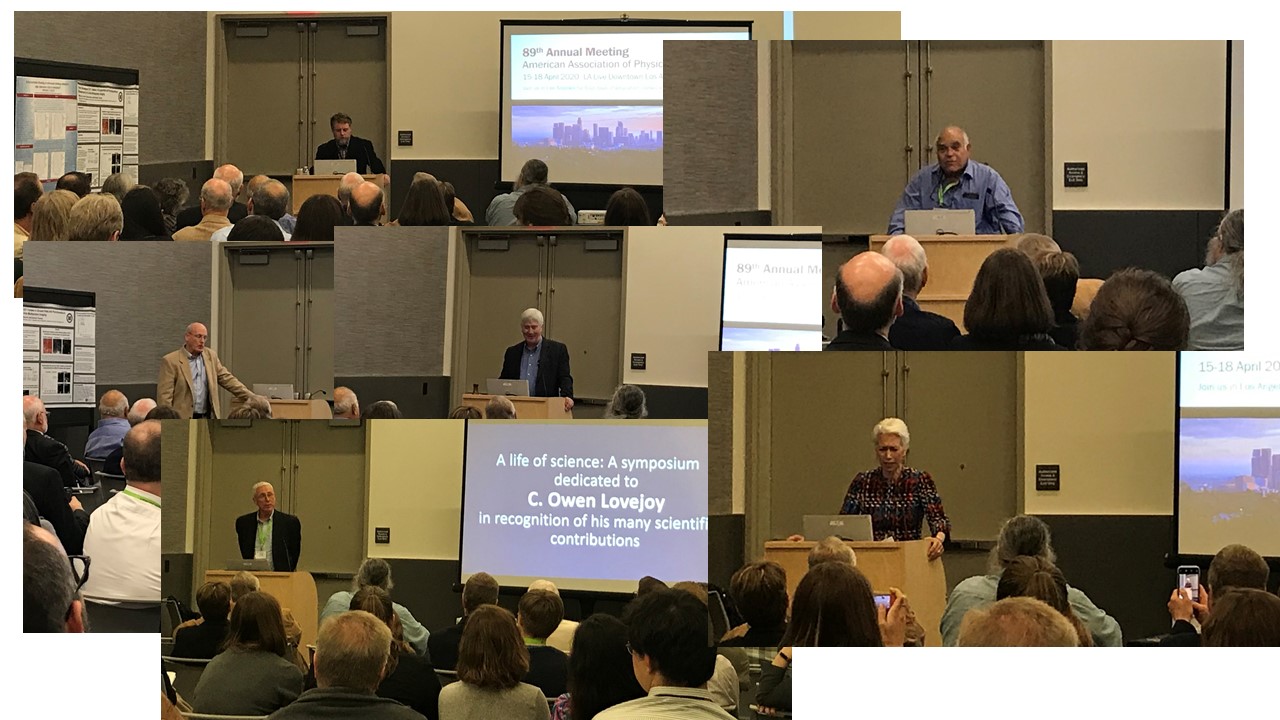 The event was a tremendous success, with a standing room-only crowd in attendance. 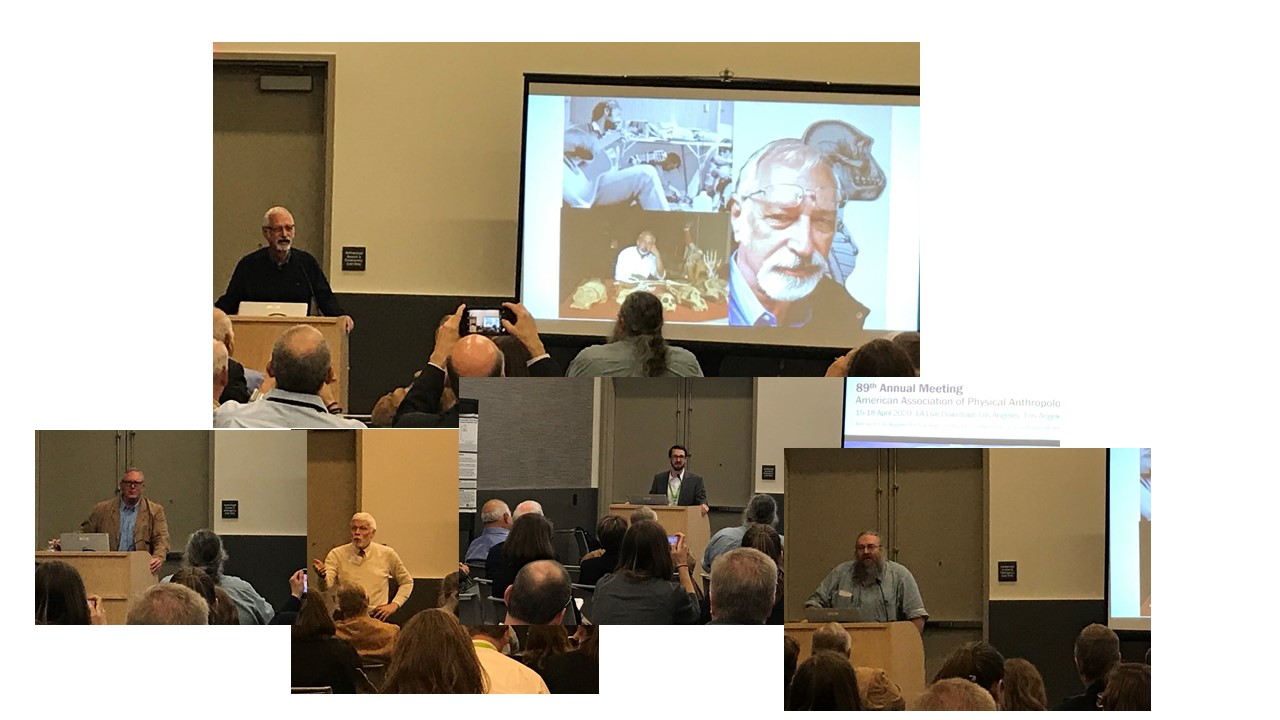 From the meeting program:
A life of science: A symposium dedicated to C. Owen Lovejoy in recognition of his many scientific contributions
Invited Poster Symposium
Chair: Philip L. Reno. Co-organizers: Michael Selby, Scott Simpson, Robert Tague, Robert Walker
CC Room 22
Professor C. Owen Lovejoy has had a long and distinguished scientific career that began in the late 1960s and continues unabated to this day. His numerous scholarly contributions span a diversity of interests, notably the application of biomechanics, developmental biology, and comparative functional anatomy to the understanding of hominin locomotion (especially Australopithecus africanus, Au. afarensis, and Ardipithecus ramidus), development and revision of skeletal aging techniques and their application in paleodemography, and modeling of hominin origins, among many other facets of biological anthropology. This body of research has had a determinative and lasting impact on our understanding of
the course and nature of human biology and evolution and have been omnipresent at the AAPAs. These achievements have been recognized by his peers by election as a fellow to the American Association for the Advancement of Science and the American Academy of Arts and Sciences and to the National Academy of Sciences. While still a graduate student, Professor Lovejoy accepted an academic position at Kent State University (Kent, Ohio) where he continues as an active and engaged faculty member. His efforts were seminal in the formation of the Biological Anthropology Ph.D. program at Kent State University, which has gone on to become among the most productive in the field. During that span of time, he has taught and mentored many students who continue their scientific careers based on the lessons learned while at Kent State University. To honor Professor Lovejoy, former and current students, collaborators and colleagues will gather and present research and engage in an open discussion that reflects the broad and deep scholarly foundation he built. 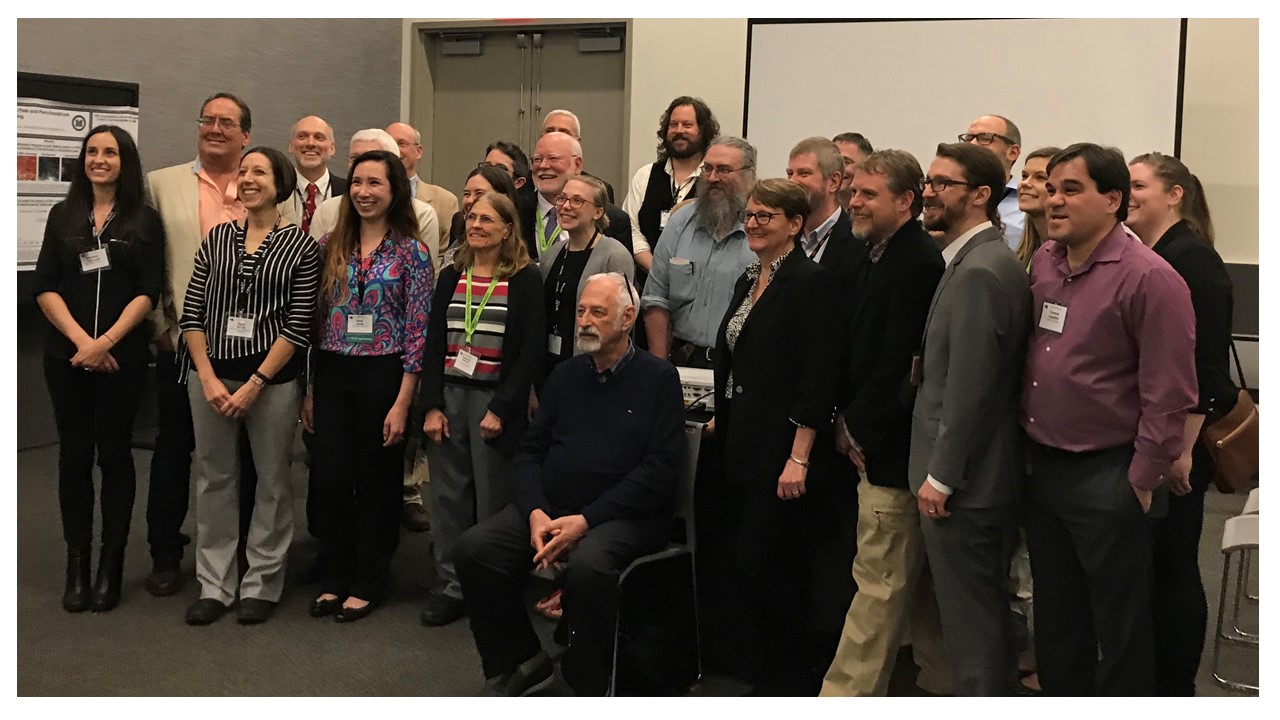 Dr. Lovejoy (seated, center) surrounded by some of his academic children.