This week included a national holiday, but during the days I was in the lab, I spent my time continuing my literature review, starting the beginning stages of manuscript composition, and writing a PowerPoint presentation. Dr. Nakatsukasa has invited me to share my research with his graduate students! I am honored, and very excited to have the opportunity to do so. I will be sharing with them all aspects of my literature review so far, the hypotheses of the project, and the data I’ve collected. I am looking very forward to discussing my research with all of them!

Have Primate Hands and Feet Coevolved?

Previously in this blog, I shared my general research topic and questions regarding Hox genes and the evolution of the primate forelimb, but this project is multifaceted. In addition to forelimb analysis, I am also examining the relationship between the same Hox genes and their effect on the hind limb. Some researchers argue that because forelimb and hindlimb structures are determined, in part, by some of the same Hox genes, that they are evolutionarily linked. They claim that throughout hominin evolution, natural selection has favored short toes coupled with large, robust hallices because these features are more beneficial for the mechanics of bipedal locomotion. Thus, they argue, selection on this hindlimb pattern has resulted in a similar forelimb pattern, and that this preadapted our ancestors’ hands for tool manufacture and use (Rolian et al. 2009). I have measured the lengths of the femur, tibia, and fibula, as well as lengths and weights of the metatarsals to determine whether these structures vary independent of the homologous forelimb structures. I am also reviewing descriptions of hominin fossils in the literature to determine if any such covariation existed in our ancestors.

Last week was an especially exciting time here in Kyoto, as it was the annual Gion Matsuri Festival. Because Monday was a holiday and the University was closed, Rose Leach (another JSPS fellow from Kent State) and I explored Kyoto together. I took her to the Monkey Park Iwatayama that I had first visited a few weeks ago. We fed some macaque monkeys and watched them playing in a pond. After the Monkey Park we explored the famous Sagano bamboo forest trail, and stopped in the joint Owl/Bengal Cat Café. (Cats and birds are separate, so no worries!) Rose was staying near the upcoming parade route, and that night we walked around the streets with thousands of other people and viewed the floats.

Wednesday was the actual day of the Gion Matsuri Parade. A couple of graduate students from Dr. Nakatsukasa’s lab, Tomizawa and Mikazechen, kindly invited me to see the parade with them. The parade was characterized by massive wooden floats (which I was told weigh several thousand pounds each), and they were pulled by large ropes by a team of men. There was a lot of traditional music and dancing. It was wonderful!

On the weekend, I continued more sightseeing around Kyoto. First, I visited Heian Shrine. One of the most important shinto shrines, it was built in 1895 on the 1,100th anniversary of the founding of the city of Kyoto. Just down the street was the Kyoto City Zoo, where I saw their magnificent gorilla family, macaques, elephants, tigers, panthers, and more! In addition to exploring new places, I revisited some old favorites. On Sunday I went back to the Fushimi Inari Shrine and conquered the hike up the mountain for another expansive view of the historic city. 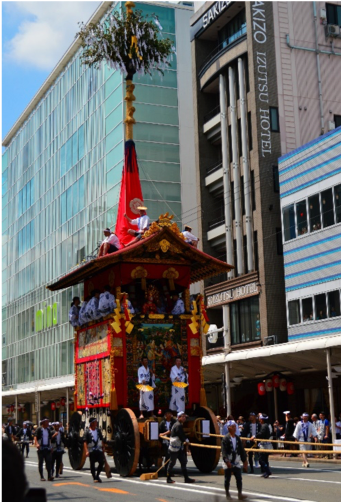 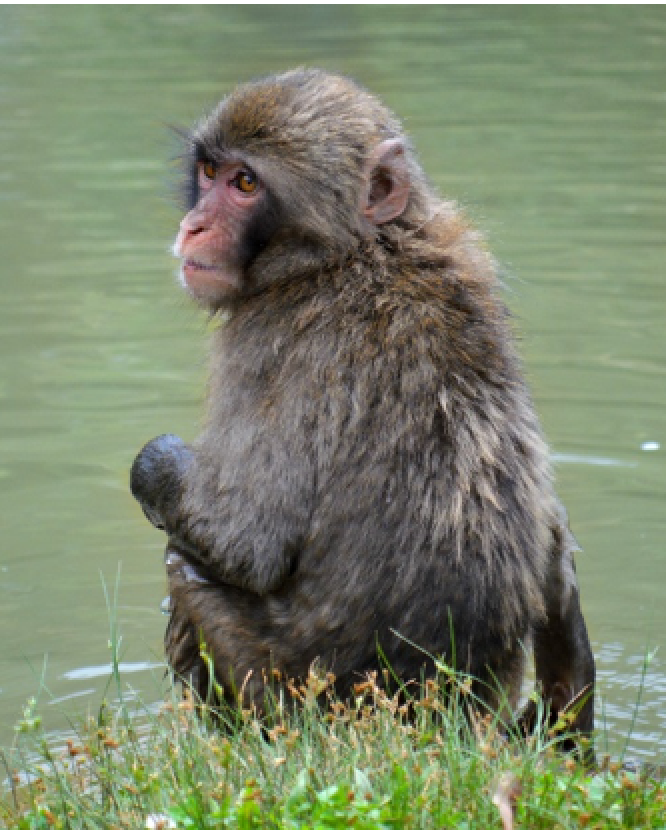 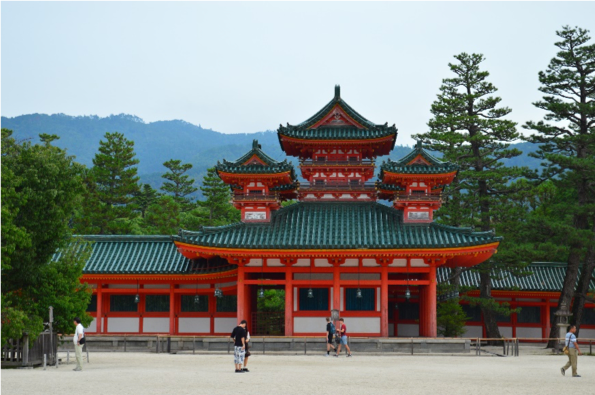 I’m not sure what’s coming next; all I know is that adventure awaits!