Week 8: More on primate hands, a trip to the University of Tokyo, and the summit of Mt. Hiei

After discussions with my mentors earlier this week, it was decided that I will return to Inuyama to collect more postcranial data from skeletal specimens of Ateles and Colobus – the two genera pertinent to our current research project. The locomotor behaviors of both forms are related to their preferred diets. Ateles, the spider monkey, lives in the canopies of South America and uses suspensory postures and brachiation to forage for ripe fruits. Colobus, by comparison, is a folivore. Colobus monkeys are found across much of central Africa and tend to be more sedentary, as their preferred sustenance (leaves) is quite abundant, although they do engage in vertical leaping. As I’ve mentioned previously, both genera have independently evolved a unique forelimb pattern consisting of very long arms and posterior digits, but they have lost the external pollex (thumb). Interestingly, Geoffroy Saint-Hilaire named the genus “Ateles” because the word means “imperfect” (Rosenberger et al. 2008). Similarly, the word “Colobus” is Greek for “mutilated”, and was so named due to the loss of the pollex (Belfastzoo.co.uk). The big question is: why have they lost their thumbs over time? Arguments have been made that the loss of the thumb enhances their “hook grip”. Others point out that other primates, such as gibbons and siamangs, are also brachiators and have long arms and fingers, yet they have not lost their thumbs. I’m learning through my literature review that, through manipulation of various combinations of Hox genes, there could be several developmental pathways that could be altered to result in longer arms and fingers – and it’s possible that one of those pathways also results in short/non-existent thumbs by means of genetic “piggybacking”. 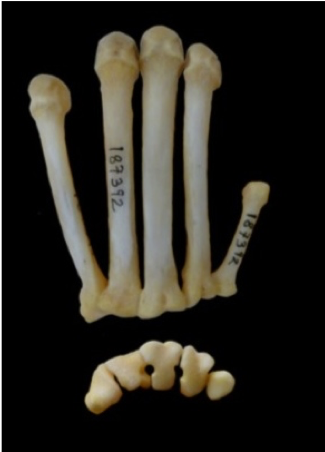 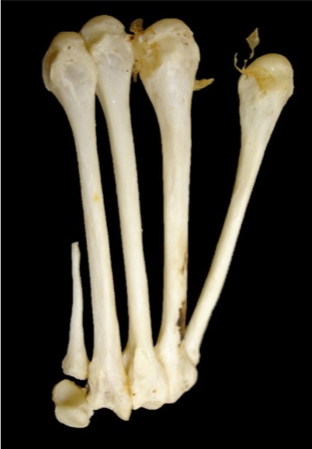 In other news this week: I had the opportunity to travel to the University of Tokyo on Monday to meet Dr. Gen Suwa. He was very kind to take me and Rose Leach (another JSPS fellow from Kent State) around the University Museum and show us the extensive Jomon anthropological collection housed there. The Jomon collection refers to a group of Japanese hunter-gatherers who lived during the Jomon period (c. 14,000 - 300 BCE). He also showed us some of the original casts made from the Ardipithecus ramidus specimens. This was particularly exciting for me because “Ardi” is what made me fall in love with the field of anthropology almost 10 years ago! It was truly an honor to meet Dr. Suwa, who is one of the many researchers who worked on deciphering Ardi’s curious anatomy.

Before I left for Inuyama, Dr. Nakatsukasa took me to see more of the beautiful cultural attractions of Japan. We traveled via cable car to the summit of Mount Hiei (845 meters) where we visited the Enryakuji Temple, and several other smaller temples that make up somewhat of a temple-complex on top of the mountain. The summit offered stunning views of the city below as well as Lake Biwa, the largest lake in the country! 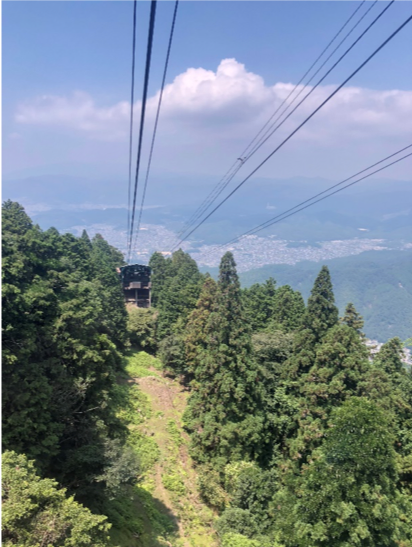 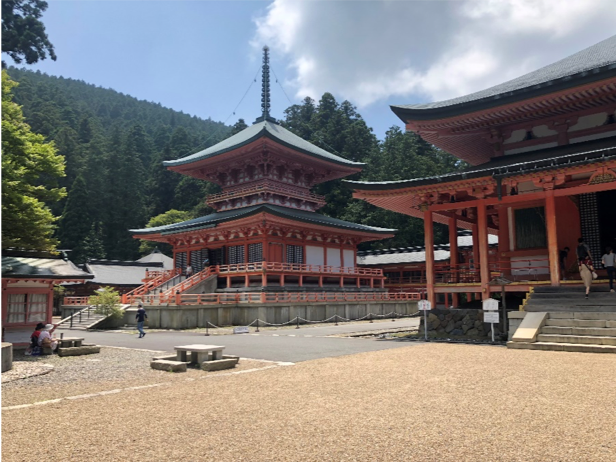 Left: View from the cable car on our way up Mt. Hiei. Right: Outside Enryakuji Temple.