Weeks 7-9 were filled with research, chimpanzees, and travel

It’s hard to believe I have been in Japan for 9 weeks. Next week, my internship experience will come to a close, though it feels like I only just arrived! I have come to love so many things about Japan, the people, the food, the amazing research being done here, so it saddens me to think of leaving soon, though I’m sure I will visit again one day. The past few weeks have been a whirlwind of learning and travel, but, in addition to making great progress in my research, there were two other highlights: my day with the chimpanzees, and my trip to the Kansai region.

In regards to the MAOA project, my final task is to wrap up behavioral data collection. In the next few days, I will test our behavioral hypotheses, which are: 1.) rhesus macaques are, on average, more aggressive than Japanese macaques and 2.) Chinese-origin rhesus macaques are, on average, more aggressive than Indian-origin rhesus macaques. Based on what I am seeing in the video footage, I believe the data support these hypotheses, though it will be interesting to look at the data in more detail, for example, I am interested in seeing whether certain forms of aggression are more common in one species compared to the other. In the future, Dr. Goto and I plan to search for associations between behavior and circulating serotonin and dopamine levels.  After researching the MAOA gene for months before coming to Japan, I am happy to have had the opportunity to learn new lab techniques and study it firsthand here at the PRI under the wonderful guidance of Dr. Tanaka and Dr. Goto.

As you walk up to the PRI, a massive multi-level enclosure stands off to the right and you can’t help but stare, hoping to get a glimpse of the chimpanzees inside. A couple of times I spotted one or two of them walking around or lounging near the top, but what I really wanted was to see them up close and learn about the experiments they take part in. After expressing my interest in the chimpanzees to my host professor, he kindly arranged a time for me and his other intern, Gabriel, to observe a day of experiments. To do this, we met with Dr. Masaki Tomonaga of the Language and Intelligence section, who showed us around the experiment area. Upon first seeing the expansive chimpanzee enclosure up close, I was in awe! The chimpanzees have something like their own little castle made of platforms, ropes, and walkways. This living area is connected to the experiment room, where the chimps take part in cognitive tasks at their leisure; whenever they choose to enter the adjacent testing booths, small challenges are presented via touch screen computers. On the day we observed, the chimpanzees were being tested on their quantitative abilities. I was impressed by how well they did at the various tasks. In between the testing sessions, we had great discussions with Dr. Tomonaga about his past research and his ideas about various human evolution topics.  I will admit, being near chimpanzees is exciting, but it can also make you a bit nervous. When you are face-to-face with chimps, separated only by glass, you see just how powerful they are!. I also saw the strong connection the chimps have with the experimenters. One chimpanzee came into the testing room and Dr. Tomonaga and him seemed to “greet” one another, the chimp with wild hoots and Dr. Tomonaga with a more human-like response. My day with the chimpanzees is one I will always remember. Here is one of the photos from the PRI website. 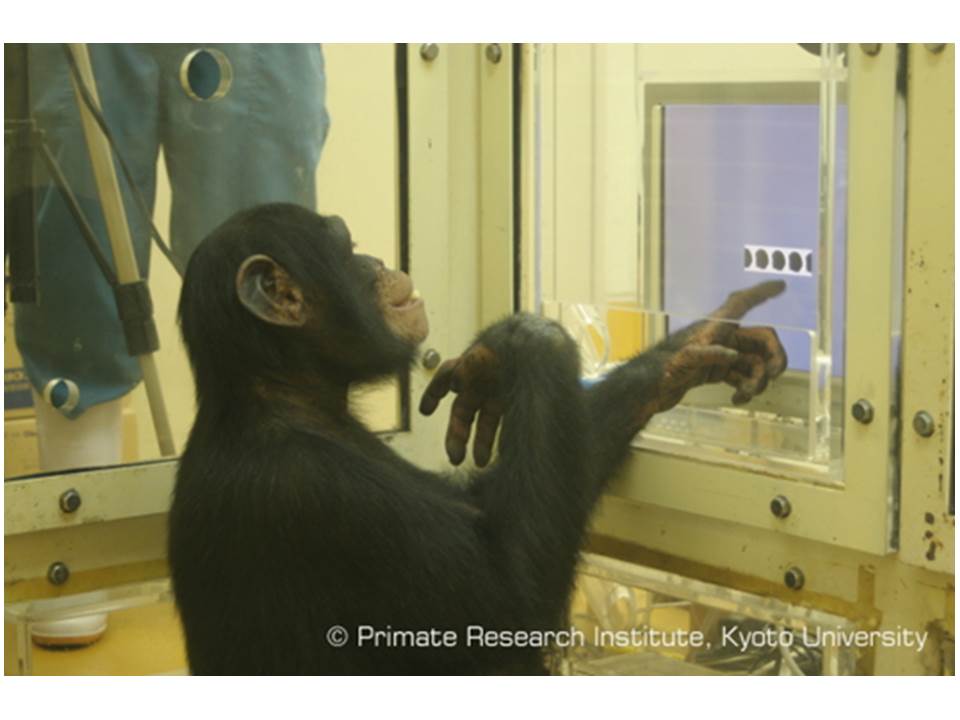 The Kansai region of Japan is about a 2.5-hour train ride southwest of Inuyama. The most well known cities of this region are Osaka, Kyoto, Kobe, and Nara. Since this past week was a long summer holiday in Japan, I decided to venture to Osaka and explore. My impression of Osaka is that it must be one of Japan’s most unique big cities. The people there seem very diverse, fun, and laid back. I felt very “at home” in Osaka. While here, I met with another intern and we did lots of sightseeing and went to Universal Studios. Osaka is great because there are many malls and also popular shopping streets filled with all sorts of stores and cheap, incredibly delicious street food. Universal Studios was also a great time. We ate character themed foods, like minion pizza and spider man sweets, while we enjoyed being kids again for the day. While in this region, I planned to visit Kyoto and Nara in addition to Osaka; however I only ended up visiting Nara. I was having so much fun in Osaka, I questioned whether anywhere else could top it so I stayed a day longer than planned. Nara is only a 50 minute train ride from Osaka and is a very popular place for tourists from all over the world due to its rich history, as it was the capital of Japan from 710-794 AD. Here, I visited the Nara National Museum and learned about the history of Buddhism in Japan. On the museum grounds, the animal Nara is famous for wandered around by the dozens: deer! And not just a few, but hundreds! According to folklore, deer are sacred animals and highly revered, especially in Nara. I fed them deer crackers and petted them as I wandered around the town taking in all the beautiful temples and traditional architecture. Unfortunately, my phone battery died while on the train and I didn’t take any photos, but I still had a great time, perhaps even a better time since I was fully engaged in the moment! I suppose I will count the phone-free trip as a lesson in mindfulness, which is quite fitting after my day filled with Buddhist history. 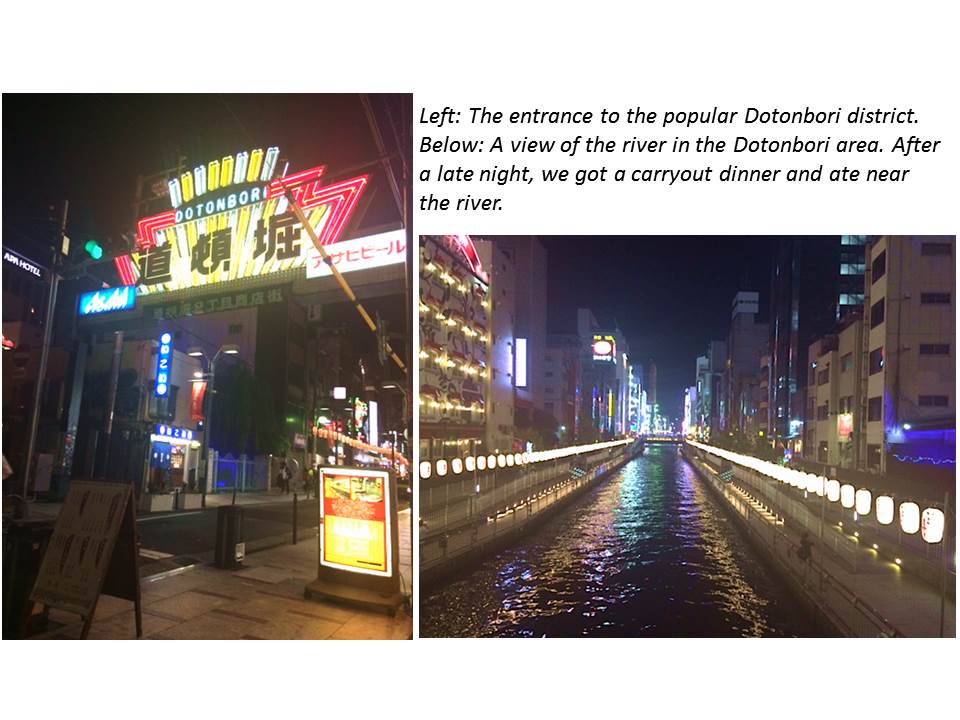 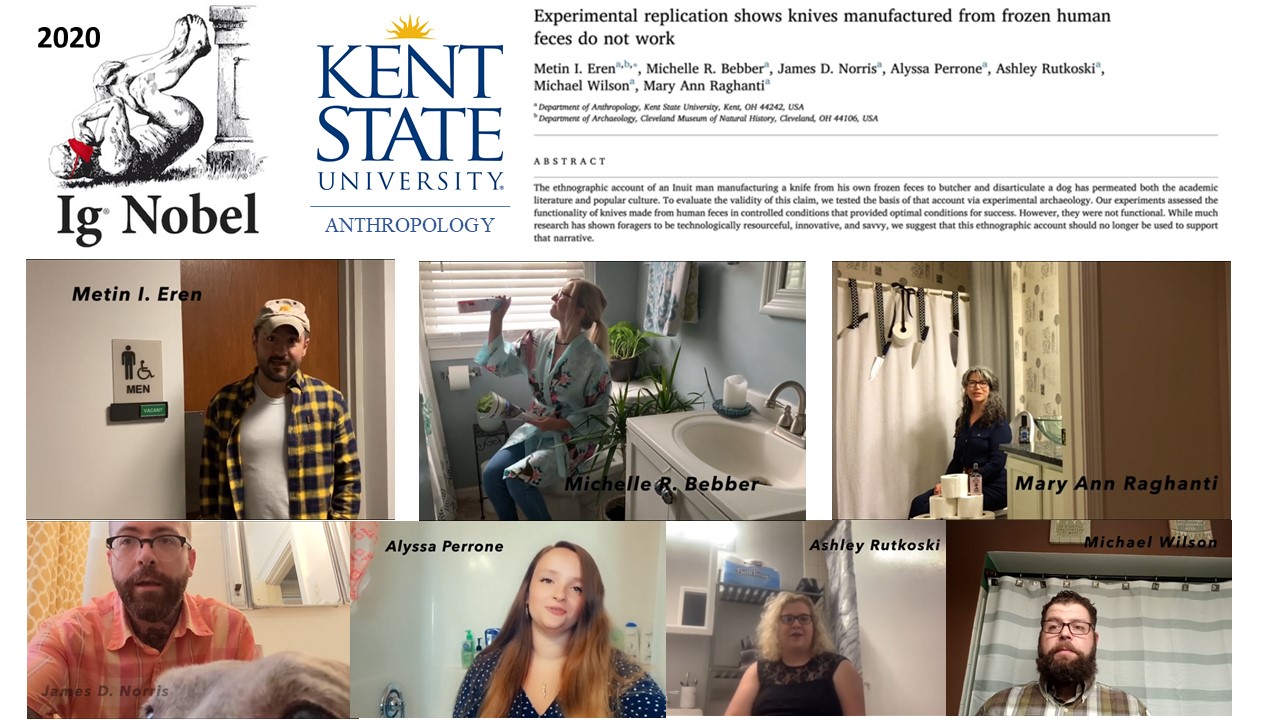