It all comes down to a fraction of a second. Who can push off the block first? Who can jump the highest? Who will cross the finish line ahead of everyone else? In the end, speed is the ultimate winner - it can separate the good from the great. 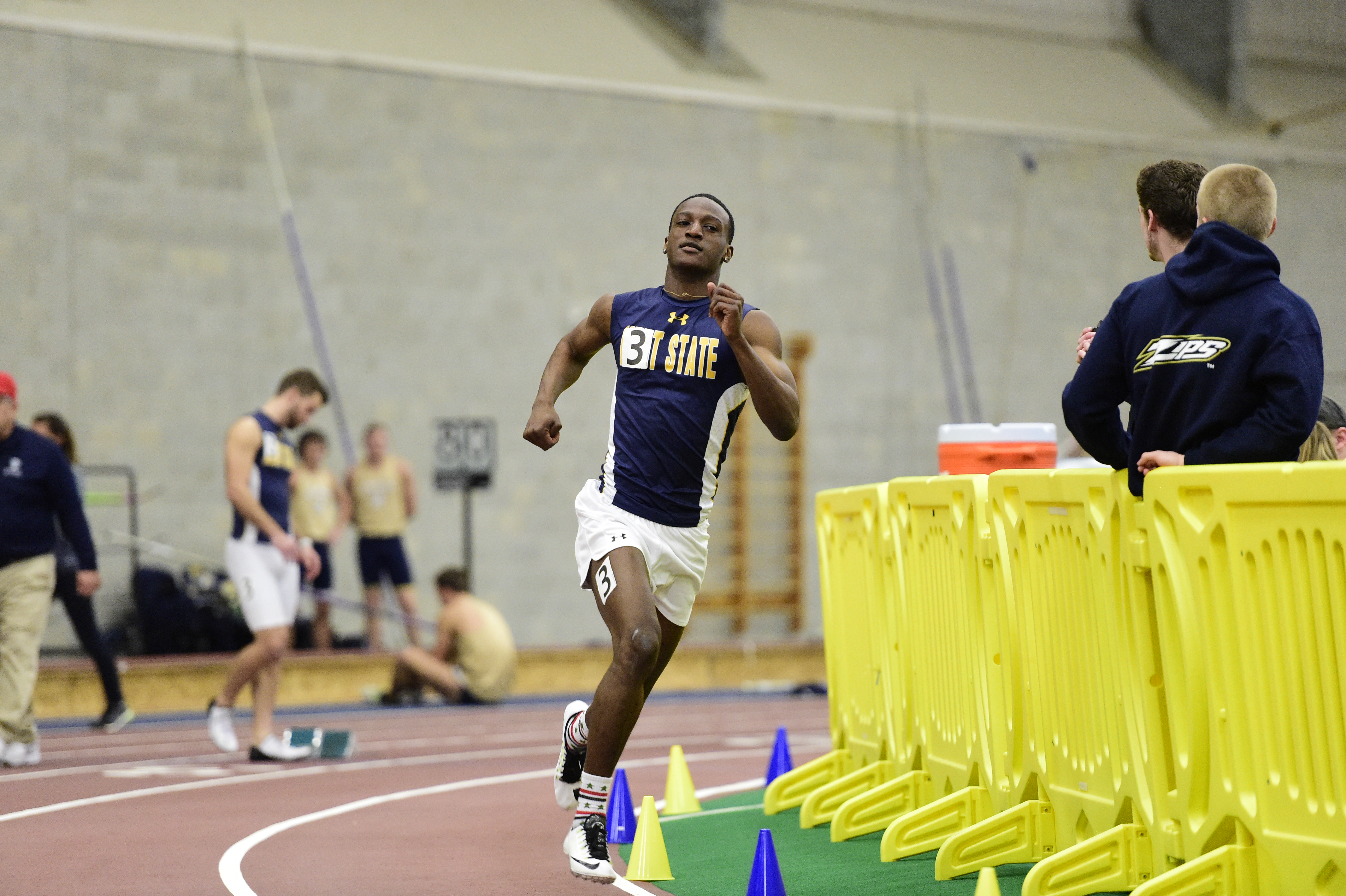 Richard Dahome is one of the greats. This year alone, as a member of the Kent State University Men’s Track and Field team, Dahome tied for the ninth fastest time in school history in the indoor 60-meter hurdles, finished fourth at the MAC Championships in the 110-meter hurdles and seventh in the 400-meter hurdles – just to name a few records. As he gets ready to graduate in May, Dahome is preparing to share the secrets to his success by launching a series of athletic camps for students from third grade through high school, taught by some of the best athletes in the world. He hopes to spread his passion for track and field and increase the speed of young athletes who play all sports.

“It’s always been in the back of my mind to do something like this, but I’ve always been scared thinking that I’m too young and someone this young shouldn’t be thinking this big,” Dahome said.

Dahome conquered his fear, the way he does hurdles – one giant, focused, calculated leap. With the help of LaunchNET Kent State, Dahome researched business opportunities and even interviewed high school students about what areas they need the most help improving.

Dahome is using the week-long summer camps to build a foundation for athletes. Using the joy of competition, he wants to create a fun atmosphere where students learn the building blocks of a successful athlete starting with strength training. He will teach breathing skills to help deliver essential oxygen to the muscles, the importance of eating nutrients for endurance and energy, sleeping long enough for the body to recover and keeping hydrated at all times.

In addition to wellness, Dahome will work on teaching the proper techniques for building speed and pushing athletes to the next level. Students will get the opportunity to choose track and field related areas of concentration, including distance, sprint, hurdles, or field events. The instructors are all Kent State track and field athletes, some of whom have made it to the Olympic trials and rank among the top 20 track and field athletes in the world.

“I have been blessed to be surrounded by very good athletes,” Dahome said. “I was lying in bed one day and thought about it, I can just use my resources and that’s the people I have around me. They’re here, so why not use them to help these kids out.”

Dahome started with only two camps, but that number has grown to include nine Ohio cities: Kent, Ravenna, Solon, Macedonia, Twinsburg, Richfield, Streetsboro, Village of Reminderville, and Aurora. Registration for the camps is now open through the parks and recreation departments of each city. The camps will run from June through the end of July.

Dahome credits Lynn Buchinsky, Venture Advisor at LaunchNET, for helping him discover the need for the camps.

“Richard worked with me weekly to establish goals: sales, start-up, marketing and human resource,” Buchinsky said. “He was so passionate about the process and kept utilizing every contact thrown his way. Eventually he sold out his summer camps with an award-winning staff, website and curriculum. Just as Richard sets records and sprints to the finish line in track and field, so too does he “dash” into business. Lights out, Richard has won the race again.”

Dahome is hoping to provide students with the instruction he never had prior to joining Kent State. He wants to share the secrets – as small as they might seem – that can shave off a fraction of a second, making a big difference between winning and losing.

“That’s what my company is about, pulling together all the things that you need to know to have an edge over someone, have a better foundation so you can be a better athlete,” Dahome said.