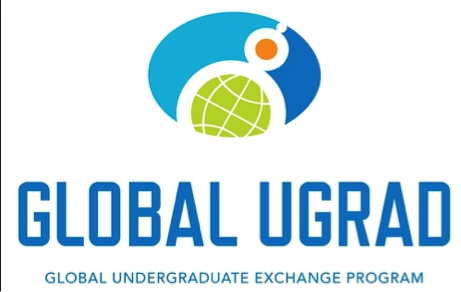 Students from all over the world are able to attend Kent State thanks to one or more of the many academic accords and agreements which are shared between their home countries and the United States. One such notable agreement is the U.S. Department of State’s Global Undergraduate Exchange Program (UGRAD). Each year, thousands of students from around the world apply to the extremely competitive and prestigious UGRAD program, yet only a few hundred are eventually accepted. Each of the participating students are placed at a college or university within the United States and given the opportunity to study for an entire semester. The U.S. State Department’s uses the UGRAD program to promote a broader and better understanding of the U.S. overseas by providing talented, highly motivated undergraduate students from underserved areas the opportunity to study abroad in the U.S.

This fall semester, Maryam Jamil was one of several students from Pakistan selected to study in the U.S. through the UGRAD program. Surprisingly, she found herself enrolled at Kent State. Because the UGRAD program is limited to a single semester, she will return to Pakistan shortly after the completion of her finals in December. While she is here at Kent, though, Maryam has the opportunity to share her unique perspectives and her background with members of the Kent State Community. Upon her return to Pakistan, she will share her experiences and thoughts about U.S. culture, traditions, and values with her fellow students, friends, family, and even potential future employers.

While still in her home city of Quetta, Maryam was attending a local university to work on her undergraduate degree, when she first heard about the UGRAD program. Maryam explained that she was originally not going to apply, but in the moment she felt spontaneous and decided she might as well. When asked what the application process entailed, Maryam laughed. “When I decided to apply, the application was due within 48 hours. This was hardly anytime at all, since many students start drafting their essay months in advance.” Luckily enough, Maryam quickly filled out the application, completed her essay and submitted everything with just a few hours to spare. Since it takes months for UGRAD to examine all of the applications, Maryam actually forgot all about even applying, until about 4 or 5 months after her submission when she was contacted and told that she was accepted into the program. "That day was the happiest day of my life and I literally didn’t expect that,” said Maryam. After finding out she had been accepted, Maryam had to wait about another three months before she learned that she would be attending Kent State.

Since she will only be in the U.S. for one semester and will be graduating later this academic year, Maryam expressed her passion for taking advantage of all opportunities while at Kent State. She is currently taking architecture and American studies classes. In addition, she is part of the International Student Organization, the International Friendship Organization and the Muslim Student Organization. Strictly for fun, she is also enjoying photography and rock climbing. In September, she presented her native country at the monthly Cultural Cafe during which she helped prepare a traditional Pakistani meal and dessert. During her presentation, she discussed the differences in food between Pakistan and the U.S. On weekends, Maryam has been traveling as much as she can and has been fortunate enough to visit Chicago, New York City, Niagara Falls and Houston.

Obviously, the UGRAD program can be beneficial to students in many ways. In Maryam’s case, she expressed that her experience has “totally changed my personality. Coming into a new environment lets you see yourself. I’ve become more independent and I trust myself. I have also learned about so many other cultures and lifestyles. I am studying architecture, so I am able to learn about new building technologies and new building perspectives, because the buildings here look much different than the buildings back in Pakistan.” Upon her return to Pakistan, Maryam hopes to work on community projects and to volunteer throughout her community while continuing her education past her graduation next spring. Having been inspired by her time at Kent State, Maryam will seek to apply for another program that is similar to UGRAD, but one intended for graduate and PhD students. Thanks to the experience and opportunities afforded her through the UGRAD program, Maryam expressed that she has grown and changed considerably both as a person and a professional. Plus, she credits Kent State of having inspired her to think about her future and all that she can accomplish.

The Global Undergraduate Exchange Program in Pakistan is a program of the U.S. Department of State’s Bureau of Educational and Cultural Affairs and is implemented by the International Research & Exchanges Board. For more information.