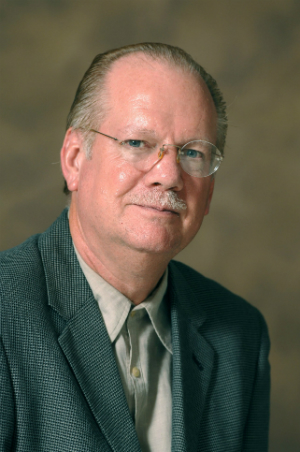 June 2016 -- During the recent summer intersession in May, Dr. Mark James, Ph.D., College of Public Health, led a group of students to Brazil on a unique study program. "KSU public health students were on the rise," stated Dr. James, "along with the sun on Copacabana Beach in Rio de Janeiro (see above photo)." The study program was hosted by the Oswaldo Cruz Foundation (FIOCRUZ), a KSU international partnership located in Rio. There, KSU students received lectures on endemic diseases of Brazil, including malaria, leprosy, tuberculosis, and the recent Zika virus outbreak. They also engaged in a decades-long study of noncommunicable diseases. Besides spending several days at FIOCRUZ, the students also traveled to Manaus, a remote location in Brazil's Amazon rainforest, where they studied the local tropical diseases of the region before returning home.

"As a result of this study-abroad program, KSU, its College of Public Health and its students have left a favorable mark on global health internationally," explains Dr. James proudly. For a complete description of the education-abroad program, please see the following earlier "In the News" article.

March, 2016 -- Every summer, the College of Public Health at Kent State gives public health and biological science majors the opportunity to attend a faculty-led program. The college has two programs for students to choose from, depending on their individual interests: one in Geneva, Switzerland that focuses on public health policy and another program in a selected South American country that focuses on diseases and different public health issues in the region.  This year, Dr. Mark James, professor and chair of the Department of Environmental Health Sciences, will be leading a group of 12 KSU students, 10 undergraduate and two graduate, to Brazil for a class called “Tropical Diseases of Latin America.”

Previously, Dr. James, who is passionate about global health issues, has led students to Guatemala, Colombia, Panama and Ecuador, but decided on Brazil this year for numerous reasons. One is that Kent State University recently established a Memorandum of Agreement with the Oswaldo Cruz Foundation (FIOCRUZ) in Rio de Janeiro. According to Dr. James, “FIOCRUZ, our host institution, is one of the most famous public health institutions in South America, and probably one of the most famous in the world.  They make vaccines and are very important in assuring public health in Brazil.”

Another reason they chose Brazil is that they deal with extreme public health issues that are not as prevalent in the United States.  Students will get the chance to learn about neglected tropical diseases, including mosquito-transmitted diseases such as malaria. In South America, malaria is a chief parasitic disease that affects many people in rural areas and urban tourist destinations. The Zika virus that has been prevalent in the news lately will also be discussed. According to Dr. James, “We are very aware of the Zika virus and other mosquito-transmitted diseases and we will instruct out students to take good precautions.”

This three credit hour course will focus on scientific research of tropical diseases, mechanisms of transmission (epidemiology) and efforts to diagnose and treat tropical infectious diseases.  Students will attend lectures from Brazilian institutions and will be expected to engage in discussion and keep a reflection blog, where they will write about what they saw and experienced.

The trip will begin in Rio de Janeiro, where students will get the opportunity to visit FIOCRUZ, the National Infectious Disease Institute, the National School of Public Health and the milk bank at the National Women & Children Institute. The trip revolves around visits to different health institutions, but students will also get the chance to unwind and visit popular tourist spots like Copacabana Beach, Corcovado Mountain, Sugarloaf Mountain and attend a guided tour of Rio at night. While in Rio, students will also get to see a preview of the Olympic venues and forums, along with the 2014 World Cup venues.

After spending six days in Rio de Janeiro, they will travel to Manaus, which is the capital of the state of Amazonas.  Because the large city is surrounded by the Amazon Rainforest, it has quite a different atmosphere than Rio.  While there, students will visit and tour different research facilities and a peri-urban area hospital. They will also be visiting during Corpus Christi, which is a national holiday, and go on a rare Amazon excursion.

“This is a great learning experience for students in public health. Brazilians are experts in these diseases and they’re leading the efforts to control outbreaks.  This is an opportunity for our students to learn state-of-the-art techniques in controlling and treating these tropical diseases,” James said.