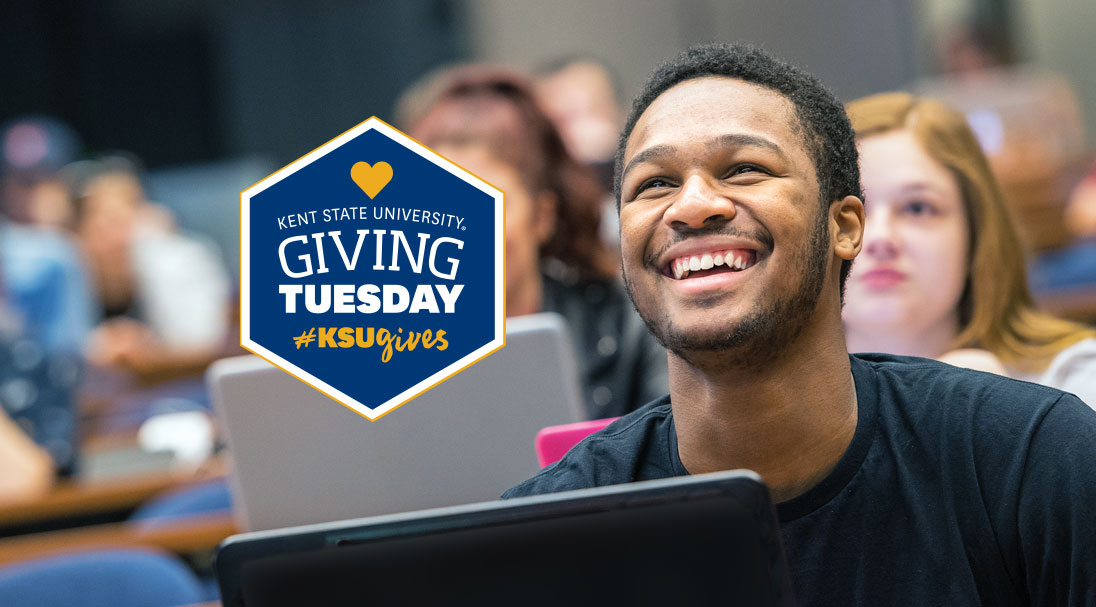 Kent State University, which has gained national recognition for its creative and successful Giving Tuesday campaigns, launched its month-long celebration of philanthropy on Nov. 1. Giving Tuesday, now in its eighth year at Kent State, has raised nearly $7 million during that time, which illuminates the impact that can be made when Golden Flashes come together. Kent State’s most generous annual tradition will shine even more brilliantly this year as each featured fund supports the recently launched Forever Brighter, the most ambitious comprehensive fundraising campaign in the history of the university.

Kent State’s Board of Trustees, Foundation Board, Campaign Executive Committee, Alumni Board and President’s Cabinet have generously pledged their private support to encourage participation from the entire university community. Their gifts, which total nearly $60,000, will be used to help fund the incentives that make Kent State’s Giving Tuesday campaign unique and impactful.

Each Tuesday during the month of November, the university will announce a new incentive. The first incentive – Triple Your Gift Tuesday – is set for Nov. 2. During that 24-hour period, any gift (up to $1,000 per donor) to a Giving Tuesday featured fund will be tripled for that day. Donors will be matched once by the specific fund’s match and once by the volunteer boards at Kent State, until the allotted money runs out.

“Students are the heart of our university, and supporting their success is our first priority at Kent State,” said Valoree Vargo, vice president for philanthropy and alumni engagement at Kent State and executive director of the Kent State University Foundation.

All donors who contribute $100 or more during the Giving Tuesday campaign will receive an exclusive Forever Brighter lapel pin. Golden Flashes can also expect some surprise giving incentives leading up to the nationally recognized Giving Tuesday on Nov. 30, when the Kent State University Foundation sets aside $100,000 to match donors dollar for dollar on gifts up to $1,000 made to any foundation fund.

Kent State’s Giving Tuesday celebration began Nov. 1 and will run through 11:59 p.m. on Tuesday, Nov. 30. Information on all the Giving Tuesday initiatives can be found at www.kent.edu/givingtuesday.

Whether your gift supports scholarships, programs or new campus buildings, your generosity will help make our students’ futures Forever Brighter.