This content is not visible to the public or was reached from a link on a non-public page. 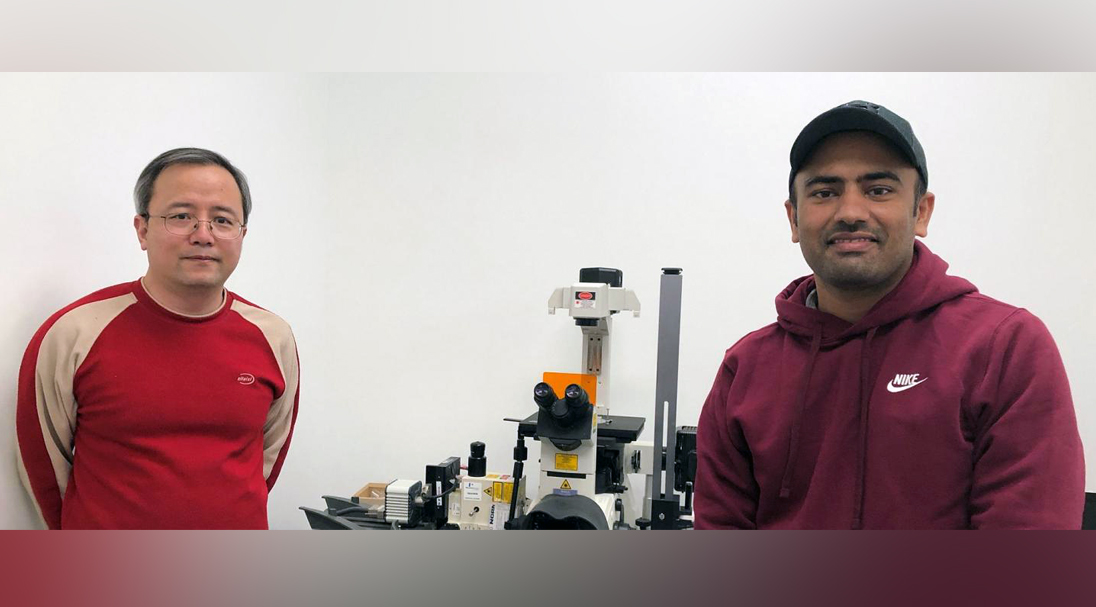 An international team of researchers has reported the creation of an artificial molecule that has the potential to revolutionize nanotechnology and potentially lead to learning more about the causes of Alzheimer’s disease.

Hanbin Mao, Ph.D., professor at the Department of Chemistry and Biochemistry at Kent State University and member of the Brain Health Research Institute, is one of the members of this international research team that includes members from Denmark and the United Kingdom.

Today researchers and the medical industry routinely create artificial DNA structures for many purposes, including diagnosis and treatment of diseases. According to the researchers, another example is that this marriage of peptides to DNA can be used to create artificial proteins, which will be more stable and thus more reliable to work with than natural proteins, which are vulnerable to heat, ultraviolet (UV) radiation, chemical reagents and more.

“Our next step will be to investigate whether it can be used to explain the cause of Alzheimer’s disease in which malfunctional peptides are culprits,” said corresponding author Mao. The research work reports the mechanical properties of a new structure composed of three-stranded DNA structures and three-stranded peptide structures. It may sound simple, but it’s quite complex.”