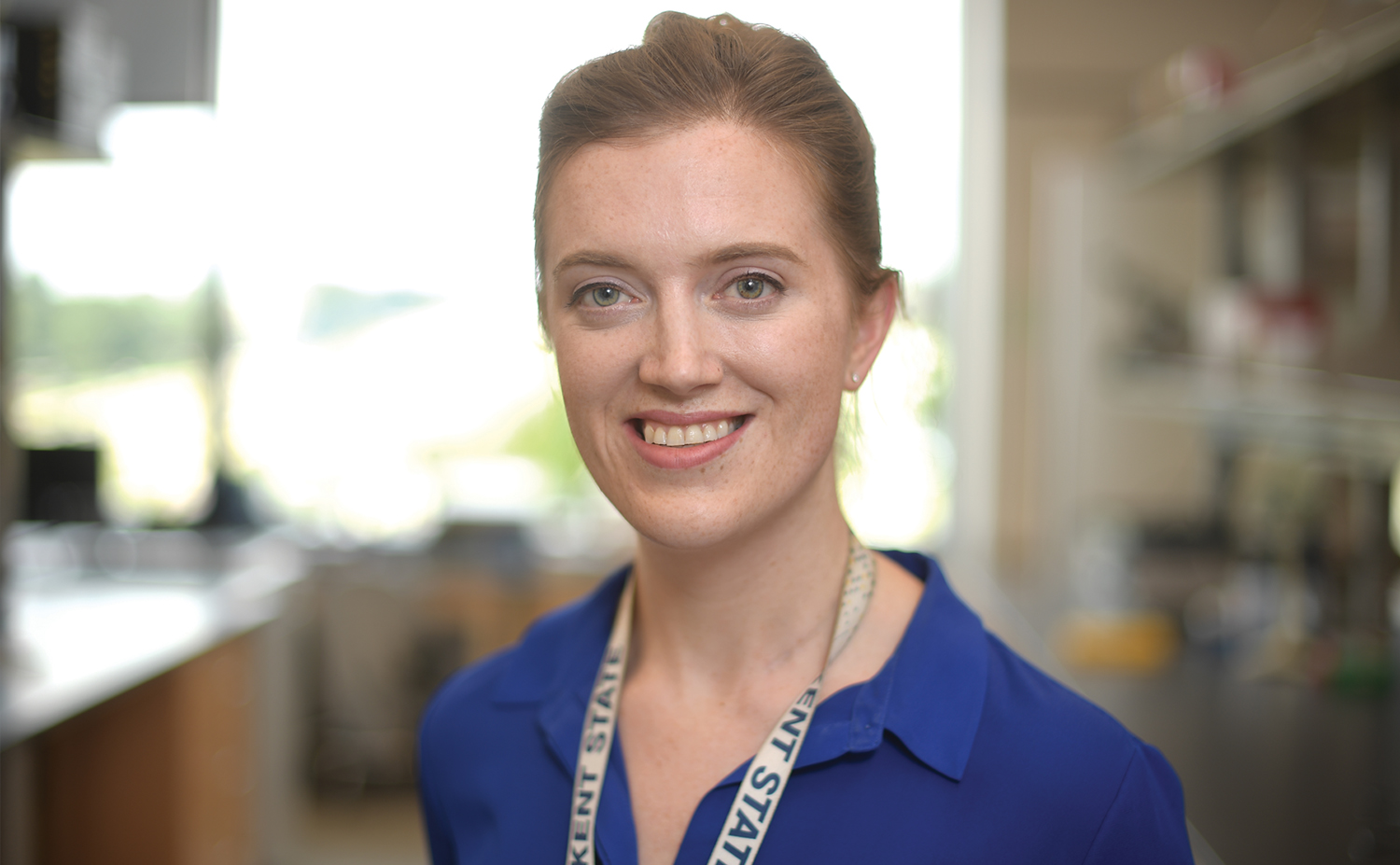 Researching Fertility and the Brain

Aleisha Moore, PhD, a postdoctoral fellow in Kent State’s Brain Health Research Institute (BHRI), believes the origin for the leading cause of infertility in women will be found in the brain.

Polycystic Ovary Syndrome (PCOS) affects 1 in 10 women, roughly five million nationwide, according to the US Centers for Disease Control and Prevention. In addition to infertility, PCOS increases the risk of type 2 diabetes and other metabolic disorders—and there is no cure.

“It’s a multimodal disease, and there are many things that lead to it,” Moore says. “But what we’ve found is that changes in the brain are likely one of the major contributors.”

The National Institutes of Health certainly thinks Moore is onto something; the agency recently awarded her its most prestigious research training grant, a K99/R00 “Pathway to Independence Award”—a first for Kent State.

As a postdoctoral research trainee in the lab of Michael Lehman, PhD, director of the Brain Health Research Institute, and Lique Coolen, PhD, professor of biological sciences and associate dean of the College of Arts and Sciences, Moore will conduct her research for two years under their mentorship, then become an assistant professor with a considerable increase in funding for three more years—the K99 phase provides up to $90,000 a year, while the R00 phase awards up to $249,000 per year.

Neuroendocrinology and infertility are Lehman’s specialty and one of Coolen’s areas of expertise. Lehman and Coolen are co-discoverers of KNDy ( pronounced “candy”) cells, unique neurons within the hypothalamus that contain three peptides: kisspeptin, neurokinin B and dynorphin. Without these cells, humans and animals are infertile.

“Many people will be surprised that fertility is controlled by the brain, but it’s something neuroscientists have known for many years,” Moore says. “We’re now trying to figure out the complexities of it.”

“Ovarian hormones are relayed back to the brain where they act on neurons, including KNDy cells, to provide signals to GnRH neurons, so it becomes a large feedback loop,” Moore says.

Clinical studies have shown that in women with PCOS, hormones from the pituitary gland are released at an abnormally high frequency, causing the ovaries to produce excess testosterone and become cystic.

“Something leads to a state of impaired steroid hormone feedback in women with PCOS,” Moore says, “so the goal of my study is to figure out where in the brain this impaired feedback occurs and why.”

After decades of research, many scientists now believe KNDy cells are responsible for some of the prime feedback effects of steroid hormones on GnRH neurons, which makes them Moore’s first target.­