Resourcefulness and resilience have been two defining qualities for Ciana W., ’21, during her time at Kent State University. After a difficult freshman year, Ciana knew she needed to make a change. She switched her major to public relations and set on a path to reach her new career goals. Academically and socially, she was now thriving.

Ciana made friends and became involved in organizations, including Key Connections, a Kent State program funded by Key Bank to support underrepresented students, and the National Society of Leadership and Success. She also participated in a short-term study abroad experience, traveling to Florence, Italy, in the summer of 2019 to study intercultural communications and the history of the city.

However, being an out-of-state student posed some financial challenges for Ciana and her mother, who was paying for tuition. Ciana was initially hesitant about coming to Kent State because of that, but her mother reassured her that they would find a way.

And they did, until she was preparing to start the final semester of her senior year. Finances had become even tighter; Ciana and her mother worried how they would make the next tuition payment.

With the finish line so close, Ciana could not bear to give up. She contacted a staff member in the College of Communication and Information, who directed her to the Last Dollar Scholarship. She received the award and was able to register for her last classes.

“I didn’t think I was going to get to graduation. I’m very proud of myself. It’s kind of mind-blowing to me.”

Ciana, a diligent and hard worker, knows the value of a dollar. She said that all her life, she has been working to scrape pennies together to make it work. As a student, Ciana worked at the Kent State University Library circulation desk and had an internship with the City of Kent State. She is grateful for donors and the opportunities their support provides.

“I just want to say thank you for helping students like me continue our education. We’re trying to go out into the world and make it a little better.”

This fall, Ciana will be attending the American University in Washington, D.C. to pursue a master’s degree in political communications. She hopes to be a press secretary or campaign manager for a politician who will make a difference for others. 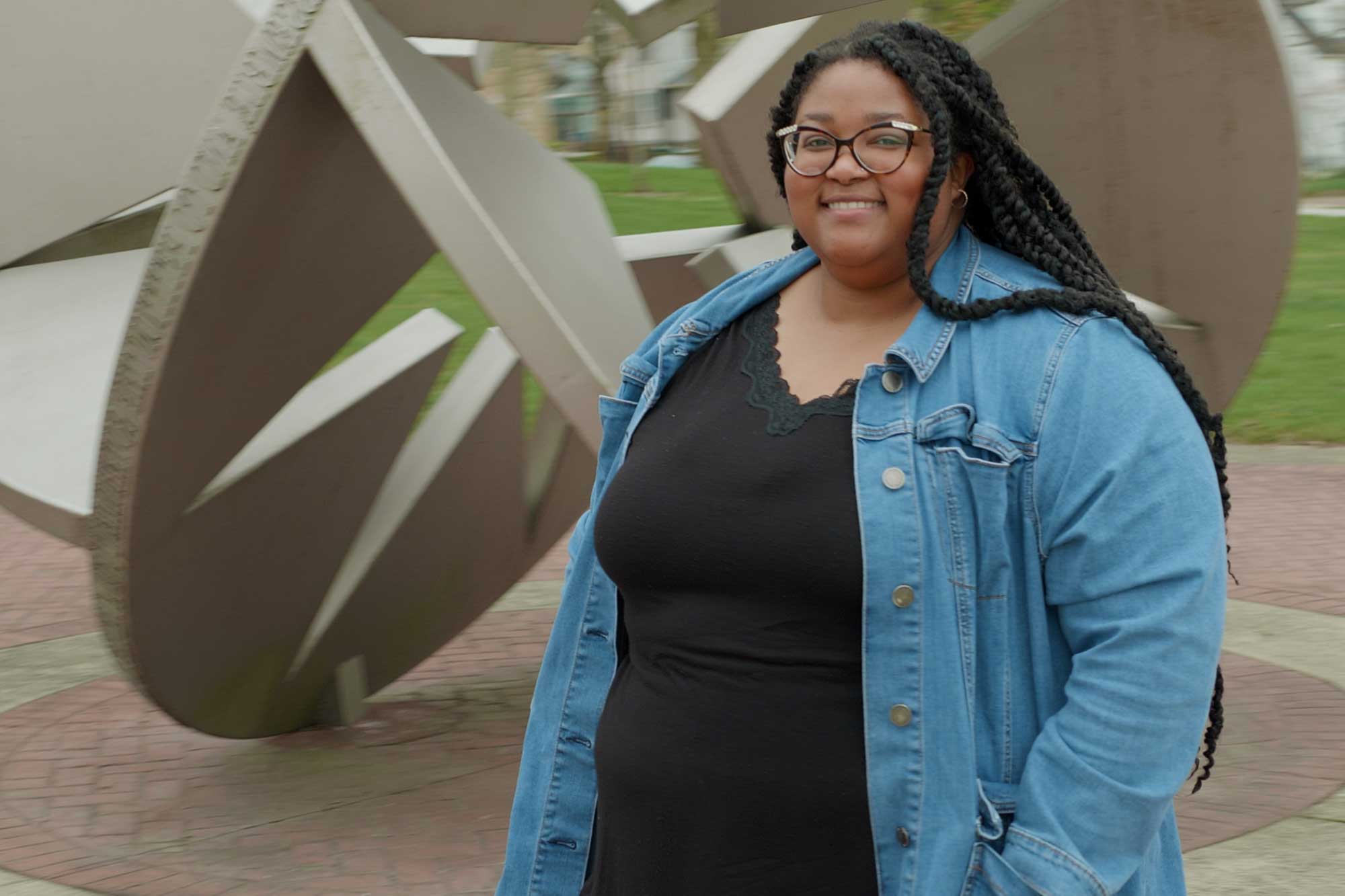