The Sky is Just the Starting Point

For Jacob G., the sky is not the limit; it’s merely the starting point. As a child, he and his father would stargaze, studying the night sky through a telescope. Jacob fell in love with space, and he knew his future lay among the stars.

However, because of finances, pursuing his dream of a career in space exploration would be a challenge. But with scholarship support, Jacob was able to attend Kent State University as an honors student, studying aerospace engineering and physics.

“I did not come from a wealthy family. I don’t know if I would have been able to access higher education at all without the scholarship money I’ve received,” he said.

With the William B. Risman Medallion Scholarship, Jacob was not only able to make a college education accessible, but it also enabled him to immerse himself in other opportunities at Kent State. He served as a co-captain for the rocket team through the NASA Student Launch program, volunteered for the Campus Kitchen and took part in the Summer Undergraduate Research Experience (SURE).

Jacob’s involvement in SURE was somewhat unexpected – and the pride he felt in researching something outside of his typical studies was equally surprising. He began working with his mentor, Hossein Mirinejad, Ph.D., assistant professor in the College of Aeronautics and Engineering, in the summer of 2020 and continued his research into the academic year.

The research focused on developing an algorithm for an anti-hemorrhaging system that could be used in emergency rooms and ICUs when dealing with severe trauma. This algorithm would minimize the role humans need to play in determining how to control internal bleeding by reading and predicting how much replacement fluid the body requires, when to infuse it and when to stop. It is currently being tested on hospital equipment.

“Biomedical engineering was outside of my comfort zone, but I don’t think I’ve ever been so proud to accomplish something. This could save so many lives. I never thought I would be involved in a project like this.”

In addition to expanding his knowledge into a new field, Jacob also gained a valuable understanding of how to conduct thorough research – something that will serve him well into the future. This experience, he is sure, made him stand out among others when applying for a master’s program.

After graduation, Jacob will head to the Georgia Institute of Technology (Georgia Tech), where he will conduct research and earn a master’s degree in aerospace systems. While leaving Kent State is bittersweet, the future is bright for this Golden Flash.

“I get to be part of leading the charge into the unknown, and the reason I get to do that is because I came to Kent State.” 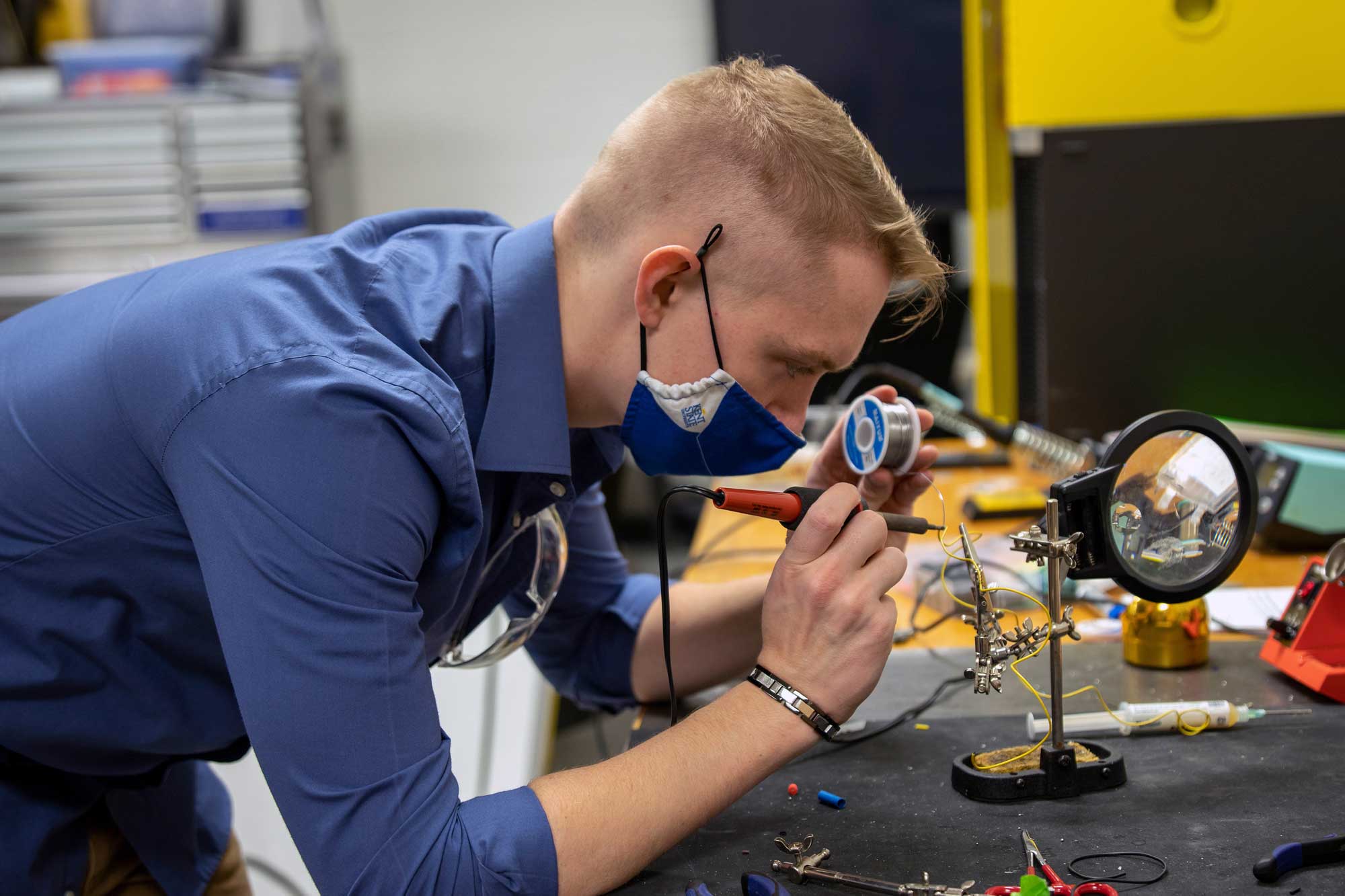 Whether your gift supports access scholarships through the KSU Scholarship Fund or a Rising Scholars fund, your generosity will help make our students’ futures Forever Brighter.