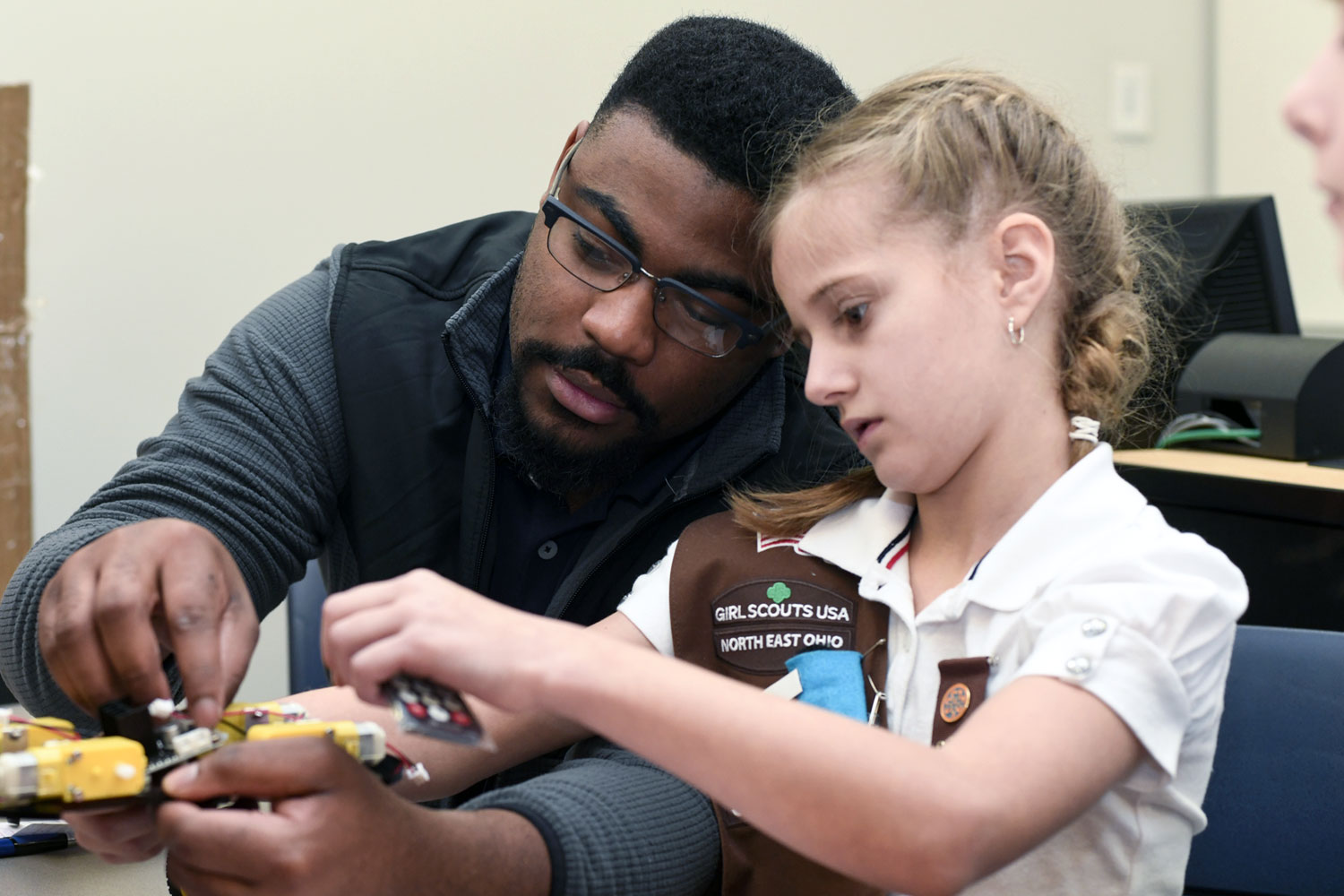 Building the Future
College of Aeronautics and Engineering

Michael Parker began his Kent State journey majoring in mechanical engineering technology and changed to mechatronics engineering/mechatronics engineering technology to pursue a career as a multidisciplinary engineer. “I initially chose Kent State because I loved the campus and was looking for a program with an emphasis on hands-on learning,” said Michael, who received seven scholarships during his Kent State experience. “The scholarships that I received gave me the financial security I needed to pursue my goal of becoming an engineer,” he said.

Michael believes Kent State’s mechatronics engineering and mechatronics engineering technology programs are unique. “Mechatronics is special because it encompasses more than one discipline of engineering. Those who understand concepts and possess skills in different disciplines become flexible in what they can do and have the ability to communicate effectively between these disciplines in a professional work environment,” he said.  “The KSU program has interactive classrooms such as the Rockwell Automation Lab and the FANUC Robotics Laboratory that enable students to physically interact with industrial equipment.”

As president of the Kent State Robotics Club, Michael attended the NASA Robotics Mining competition held at Kennedy Space Center. “Joining the robotics team had the biggest impact on my career. I had the opportunity to learn and experience so much by being involved with the organization,” he said. “Every year, our robotics team invites a few universities from the NASA competition to Kent State to practice in our regulation-sized sand pit,” Michael said. “Hosting practice competitions for the NASA Robotic Mining competition has been among my most inspirational experiences as a Kent State student.”

Michael interned with Bessamaire, an industrial HVAC company, where he designed sheet metal parts for HVAC units. He also interned with The Goodyear Tire and Rubber Company doing process development with their innovation team. He has been employed as a mechatronics engineer with Goodyear since graduation.

Whether your gift supports construction costs for the new building addition, technology or new equipment, your generosity will help make our students’ futures Forever Brighter.