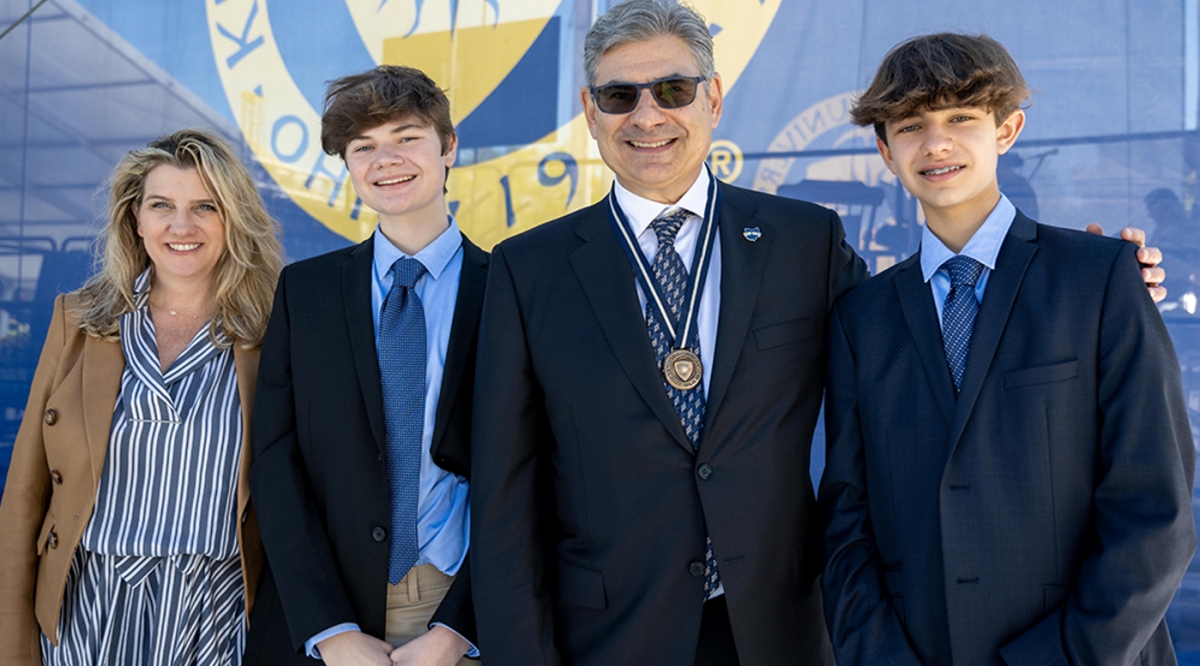 The William B. Risman family was presented with the University Medallion Award during the May 14 Commencement Ceremony. The family was honored for its extraordinary devotion and support to the advancement of Kent State and all it serves.

Kent State’s Board of Trustees conferred this award upon the Risman family who has demonstrated a multigenerational, deep and extraordinary commitment to the welfare of Kent State students and academic programs through volunteerism and philanthropy. The University Medallion recognizes alumni and friends who have contributed significantly to the well-being of Kent State.

“The Risman family’s philanthropy and leadership continues to leave an indelible mark on Kent State,” said Kent State President Todd Diacon. “The fortunate location of my office allows me to overlook Risman Plaza and see firsthand its place in the life of the university, which perfectly represents the role the Rismans have played at Kent State since the early 1980s. I’m proud to bestow this honor to Rob and the family.”

The family members – Robert (Rob) and Tricia Risman, R. Wayne Risman and the late William (Bill) and Marion Risman – have been champions for students for nearly four decades, beginning with Bill’s service on the Kent State Board of Trustees in 1983. Bill Risman and his son Rob both have served on campaign steering committees and the Kent State Foundation Board, a position Rob still holds today. Collectively, Bill and Rob Risman have shared their time and expertise as members of 11 university boards and committees.

In 1992, Bill and Marion Risman established the first Medallion Scholarship, and their generosity created the largest number of scholarships ever established by a Kent State donor. Their endowed scholarship funds have awarded more than $1.5 million to 80 unique Kent State students to date. In 2020, Rob Risman, on behalf of the family, established two additional scholarship funds in his parents’ memories to support fashion and music students. The family’s generosity will continue to impact generations to come.

“The wonderful thing about the Medallion Scholarships is they are endowed and will go on forever, and that’s what my dad wanted,” Rob Risman said. “I get letters from recipients of the scholarships every year. I remember their names, and I write back to them. It’s just an incredible feeling to know that from here to eternity, because Kent State will always be here, students are going to have these scholarships, and they’re going to go on and do great things from them.”