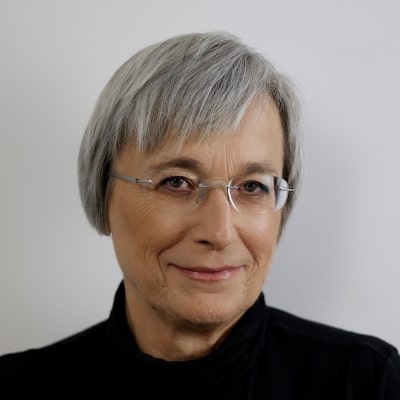 Maja Žumer is a Professor of Information Science at University of Ljubljana in Slovenia. She previously worked as a computer programmer and systems analyst where she helped create and implement information retrieval systems. After completing her M.L.I.S. at Kent State, Maja became a systems librarian at the Slovenian National Library. She then led the Research and Development Department at the National and University Library in Ljubljana.

Maja received her PhD in information science in 1999 at the University of Zagreb in Croatia. Maja teaches courses on digital library design and maintenance, managing information sources, and information retrieval systems. Currently, she is advising several doctoral students and is the principal investigator of several funded research projects.

"Organization of knowledge, which is the essence of what we do and study, remains one of the big challenges of modern society. New approaches, developed by current students in the future, may bring solutions."

After working in the realm of information retrieval as a programmer and systems designer, Maja became interested in understanding the librarian perspective. This is what motivated her to enroll in the M.L.I.S. program at Kent State. “I enjoyed my time in Kent very much and I have no regrets,” Maja says. “The year I spent in Kent was a turning point in my career.” Maja enjoyed all of the courses she took, but she especially remembers discussions with Professor Rubin, Professor Froelich, and Professor Zeng. She has worked closely with Professor Zeng and Professor Salaba on several publications and research projects. She also collaborates with her colleagues around the world.

Maja researches the design and evaluation of information retrieval systems, end-user interfaces, usability, and conceptual modeling. In 2021, Maja’s article “Extending the LRM Model to Integrating Resources” was published in Cataloging & Classification Quarterly (with Ed O’Neill and Trond Aalberg as co-authors). Her work has been featured in many other peer-reviewed journals as well, including Knowledge Organization, Journal of the Association for Information Science and Technology, Journal of Documentation, and Library Resources & Technical Services. Maya is Deputy Editor of Knowledge Organization. In addition, she has written and published two books with Professor Salaba and Professor Zeng, entitled FRSAD: Conceptual Modeling of Aboutness and Functional Requirements for Subject Authority Data (FRSAD): A Conceptual Model.

At Kent State, Maja received the 2004 Alumnus of the Year Award and the Jesse H. Shera Memorial Award. She also was the recipient of the two highest awards from the Slovenian Library Association for research and contribution to Slovenian librarianship.

Maja has faced several challenges during her career, such as establishing research groups, attracting good doctoral student researchers, and receiving regular research funding. When she first joined the faculty at the University of Ljubljana, the general attitude was that the university’s research was not of interest outside of Slovenia, and that it was virtually impossible to publish internationally. However, this proved to be incorrect, and slowly, more and more of her colleagues made research a priority. “The big step forward was our first research project funded by our national research foundation in 2003,” Maja says. “This gave us the confidence and additional incentive to get involved in international developments.” Maja is proud that she has been able to recruit several intelligent young researchers, who are already internationally recognized and are developing successful careers.

Maja advises current iSchool students to take advantage of every opportunity available in order to broaden their horizons. She also recommends acquiring as much general knowledge as possible in a variety of domains. When accepting new doctoral candidates, she looks for bright, motivated students who are not afraid to think outside the box. “Organization of knowledge, which is the essence of what we do and study, remains one of the big challenges of modern society,” she says. “New approaches, developed by current students in the future, may bring solutions.”

Maja is open to receiving emails from current iSchool students. Her email address is maja.zumer@ff.uni-lj.si.