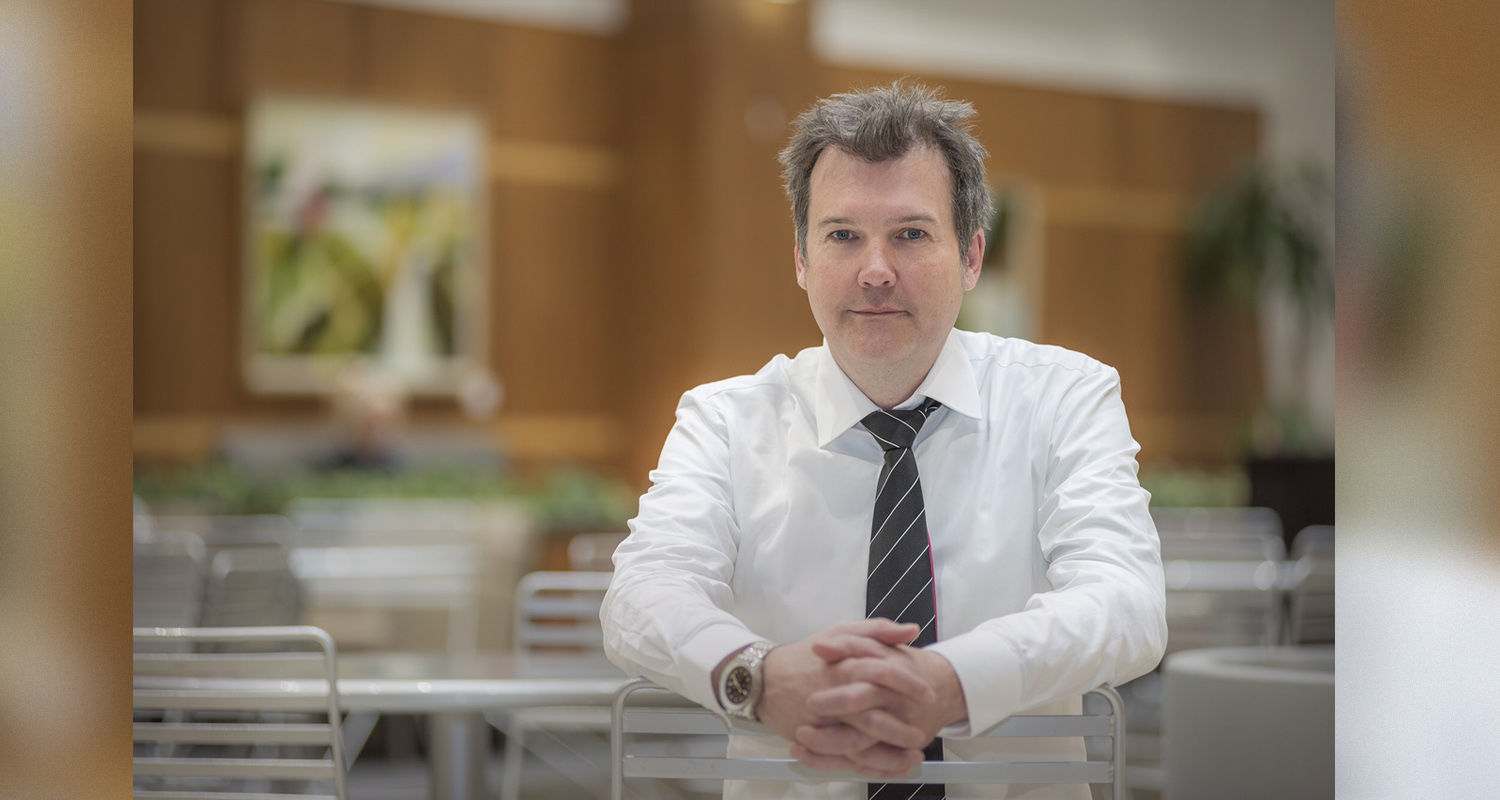 On the Digital Front Lines of a Pandemic

A native of England, Brent Hicks, M.S. ’19, the School of Information’s Alumnus of the Year, has been involved in the health information field for much of his life. After earning degrees in computer science and technology and design at Sheffield University in England, he took a job with the National Health Service (NHS) as a developer/programmer. “I jumped at the chance to work for the NHS, to actually have an impact on patient care,” he recalls.

Years later, Brent applied for a Green Card to work in the United States for the Veteran’s Administration office in Chicago, programming electronic medical records using similar technologies to the ones at the NHS. But after six years , Brent decided he’d like to work more directly with hospitals. And that’s how he found himself at The Cleveland Clinic.

Electronic medical records are all the data produced by and for patients once they enter the healthcare system. Brent explains: “The initial idea to replicate the paper record brought with it all their inherent problems rather than looking at it holistically and trying to reimagine what it could be using the advantages of digital technology.”

That transition to a new way of looking at this data has been ongoing, but the situation is complicated, at least in the American health system, by the various vendors and their proprietary formats.

“We do have the ability to see if there's a patient registered at another hospital, for example, and can request and download their data into our system,” Brent says. “But we're not connected to all hospitals. So that's a problem and quite often we have to send faxes to other hospitals to request x-ray or MRI images for a given patient.”

In countries with a centralized healthcare system, such as Brent’s native England, this interoperability (or lack of it) is less of an issue. A central database, or spine, of core data is pulled down to a local office for a patient’s visit, then the information created from that visit is pushed back to the database, accessible by all other hospitals and doctors in the UK.

Today, Brent is the Senior Director of Clinical and Digital Architecture at The Cleveland Clinic. Nearly every significant new project that comes through the Clinic – whether an internal software build, or the purchase of a vendor’s system or redesigning an existing workflow – goes through him. And lately, quite a bit of this traffic has been coming through his office.

“Over the last couple months, we've had a massive shift to telehealth and virtual visits with providers,” Brent says. “Before the pandemic, there was quite a bit of reluctance to do virtual visits. As soon as COVID hit, that changed dramatically. We had to scale up quickly, and when that happens it’s almost like you’re using twine and duct tape on technologies. Now that it’s matured and working, I'm doing more streamlining to allow providers to see patients virtually and allow us to potentially care for patients anywhere in the US. The Cleveland Clinic footprint can extend well beyond our bricks and mortar.”

COVID has catalyzed transformations within healthcare. It has removed many barriers that existed for a variety of reasons, inner political reasons, hidden factors and dimensions that are unusual compared to other industries, Brent says. “Now everyone has a laser focus.”

The move to virtual visits does provide non-COVID patients with chronic diseases, such as diabetes and hypertension, the opportunity to keep their appointments while alleviating the fears and risks associated with in-person visits .

What is driving much of this progress is the field of health informatics, which Brent studied in the School of Information at Kent State. “Some things,” he says, “you learn from experience, in your profession, and it becomes just a tool you use.” To study the field, learn about its origins, who invented it, that Brent says, opens a whole new window on where it’s going and where it can take you.

As an example, Brent points to new technologies Google and Apple announced to help in contact tracing people who tested positive for COVID-19.

“That taps into informatics we’d build into our apps. And you’d get a notification if you were near someone who had COVID-19. It would encourage you to see a provider, to monitor your health, things like that. And that informatics data can feed into national dashboards that capture trends at the local and state level. We could cast the net nationally and drill down to a single patient within a single dashboard.”

“We’ve just scratched the surface on what all this digital data can do. There’s so much more coming in the future.”